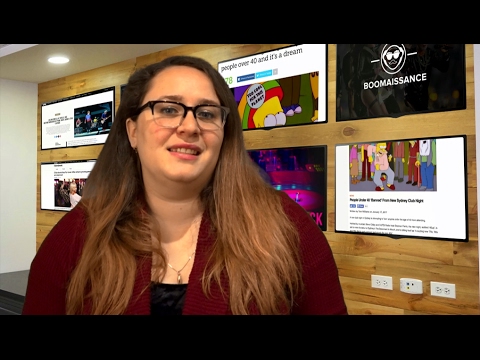 This week on Mindshare’s Culture Vulture Live, Alexis Fragale gives us the scoop on 40up.

Launched in Sydney, Australia, 40up is a new nightclub event that’s meant exclusively for those that are ages 40 or older. If you’re underage, you can’t get into the dance party -- unless you are accompanied by a 40-year-old!

The first event will take place in March and feature music from the '70s, '80s and '90s.  Tickets are already on their way to selling out.

Now, while clubbing may traditionally be seen as a young person’s game, 40up actually falls under a new trend that we’ve been tracking at Mindshare called the Boomaissance. These days, older age groups like the Boomers are showing the sharpest growth increases in categories like e-commerce, social media and more.  In fact, in the U.S., while Millennials may get all the attention, according to Nielsen Boomers actually drive 70% of the disposable income.

It turns out that older is becoming cooler.  For example, in 2016 we saw the debut of Desert Trip, a festival that became known as “OldChella,” featuring music icons like the Rolling Stones, Paul McCartney and Bob Dylan.  We also saw more older models featured in New York Fashion Week and gray became one of the hottest hair color trends.

For marketers, the takeaway here is that it’s important not to underestimate the value of Boomers.  Make sure that your brand has a strategy to reach this audience -- and that you’re incorporating their views in your research and media.

To see the rest of our new Culture Vulture trends report, visit MindshareInTheLoop.com.