Ignore the Hispanic Consumer at Your Peril, Says Glenda Villanueva-Marchetta 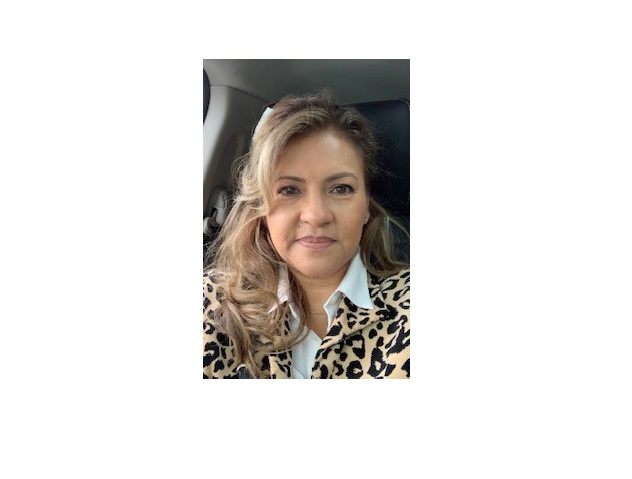 As datasets get more granular, advertisers are able to maximize their ability to hyper-target a range of important consumer groups. One important constituency in particular is Hispanics, who are among an increasingly important U.S. consumer group that a4 Advertising's head of multicultural, Glenda Villanueva-Marchetta (pictured at top), believes is a must-have for advertisers.

"a4 Advertising is the national, audience-driven, multi-screen ad division for parent company Altice USA, one of the largest broadband communications and video services providers in the United States with operations in over 20 states," Villanueva-Marchetta explained.

Over the past few years, Altice has also purchased several data companies which, in addition to the granular data provided by its footprint, enables a4 to offer advertisers hyper-targeting opportunities on a national level as well. "Our super power is our proprietary ISP-authenticated IP targeting technology, which is unique to us," she continued. This enables a4 Advertising to "marry our IP addressability with multicultural audiences."

Changes in the Media Marketplace

In assessing the state of the current marketplace, with all of these seismic society changes and pandemic challenges, Villanueva-Marchetta is introspective. "There have been so many changes," she reflected. "From a personal standpoint, working from home has changed everything with screen time in place of person-to-person meetings. Telling a Latino to social distance, it just goes against our social being." Not surprisingly, major adjustments occurred in the corporate landscape as well. "In terms of business, our clients' needs have changed, so internally we are addressing those needs," she said. "COVID-19 and the social movements and PII regulations and need for flexibility have refocused the way we serve our clients.

"Genuine connection to multicultural consumers is more important than ever, and the social movement has given us a voice," Villanueva-Marchetta continued. This change is not only growing, it is forming new alliances. "Something that I find exciting is that all of the different groups are aligning and allying with each other," she stated. "Our customers, brands and ad agencies are looking to connect to multicultural consumers in an authentic way. I also think they are acknowledging that they need more flexibility than ever to address changing times."

In looking ahead to next year, Villanueva-Marchetta sees a new type of media marketplace. "Maybe Upfront buys will change in the future," she noted. "You have to be able to pivot plans. Pivoting without penalties is critical, and pivoting your budgets and creative, we realize that we have to be nimbler than in the past."

The future also brings more of what we are seeing during the pandemic such as "device proliferation," she explained. "We are using more screens than ever to watch content, so we need a strategy for reaching consumers on all platforms. There is greater competition for consumer attention." She added that it was important to reach consumers in the language that they are speaking in and where and when they are consuming content.

"Industry regulations are changing," she continued. "We have to refocus our third-party cookie campaigns. That's going to be a priority also for 2021. Digital campaigns now need to place an emphasis on using first-party data. There are a bunch of things coming together at once at the end of this year and moving forward into 2021."

For Villanueva-Marchetta, "data driven advertising, because it is addressable, is efficient. So, when you are looking to do more with less, this is the best way. It is an audience-driven play. ISP IP addressability will definitely play a bigger role going forward."

If there is one ethnic group that advertisers cannot afford to ignore, it is Hispanics. There are about 64 million Hispanics in the U.S., representing around 20% of the population. It is one of the fastest growing segments and represents about $2 trillion in buying power. "To put it into context, the U.S. Hispanic population is larger than Canada," Villanueva-Marchetta noted. "If it were a separate Latin American country, we would be the second largest and wealthiest in the world." In the next five years, the non-Hispanic white population of the U.S. is set to decline while the Hispanic population is poised to grow. "Negative 1.3 million versus positive 6.6 million," she said. "This growth isn't stopping. The growth has and will continue to be from birth rates, not from immigration. One in every three in the Alpha generation is Hispanic."

Seventy percent of the Hispanic population is bi-lingual and even among the younger generations, the language is not lost. "There is a misconception that if you are born in this country that you are not using Spanish anymore," she said. "That's not the case. We hold our culture very dear to us. Speaking Spanish at home, especially to your elders is a sign of respect. It is also a competitive advantage to speak the two most widely spoken languages in the U.S. and It's easier to mingle when you are bi-lingual."

Hispanics account for 63% of all U.S. home ownership, fueling purchasing behavior in all of the consumer products and services that go with that lifestyle. Further, "we represent 81% of the labor force growth," Villanueva-Marchetta shared. And Hispanics are influencing the overall culture, as we saw at the Super Bowl this year.

When I asked Villanueva-Marchetta this question, she explained, "As a brand, as an advertiser, it is crazy to continue to advertise only to a segment of the population that is declining and not advertise to a segment of the population that is growing. We are not only growing in size, we are growing in wealth and in influence. Thirty-two million of us will be eligible to vote. Look at the numbers. Look at the buying power. Look at the money that is there. If you are a company looking at your five-year plan, and you are not considering multicultural, how will you grow your business?