iHeartMedia: AM/FM Radio Is Still in the Driver’s Seat 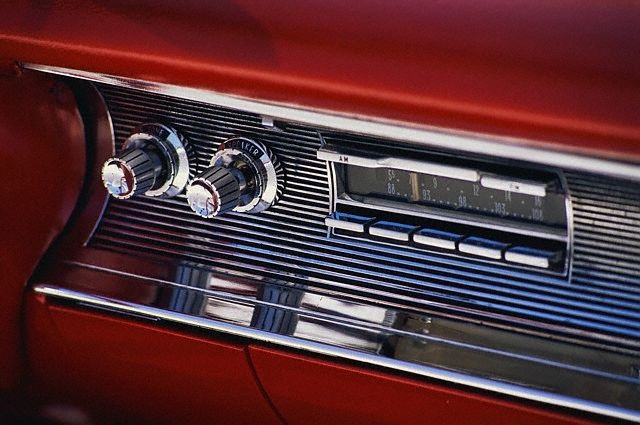 It’s no secret that modern American life is all about the individual who is always on the go. Whether it’s heading to work, traveling to the gym or grocery or shuttling kids to all their extracurricular activities, today’s Americans spend 70% of their waking hours outside of the home -- and spend over 30% more time in their cars than they did just ten years ago. In that same ten-year time frame, consumers have been introduced to a vast array of new digital automotive entertainment concepts from streaming radio to in-dash entertainment options. But amid all of today’s choices one thing remains constant -- the desire of consumers for AM/FM broadcast radio in their cars.

Media may like to hype the next “shiny new object,” but a better gauge of what the future holds in terms of in-car audio entertainment is to simply look at what consumers want.  AM/FM radio remains the go-to choice for American consumers when driving -- and by an amazingly large margin.  Today, 84% of consumers listen to regular AM/FM radio in the car, with the next largest music option being CDs at 64% and Sirius XM at 22%.  Almost 75% of all audio time spent in the car is spent listening to AM/FM radio, with Sirius XM next at 14% and owned music at 11%.  All streaming is just 2%.

When asked, 82% of Americans say that the first thing they do when they get into their cars is turn on the radio. A recent IPSOS study estimated that 98% of consumers want an AM/FM radio with their new car purchase -- and an incredible 99% of consumers say they’re comfortable with how AM/FM radio operates in their cars, i.e. with buttons and knobs.

I’m not saying that consumers don’t love other options like apps, because they do, just not instead of radio, or to the degree of radio.  A recent J.D. Power survey showed that nine out of ten consumers do not use built-in auto apps regularly a year after they purchase their new car. They also talked about “automakers spending billions on technologies that many consumers don’t use,” with consumers responding that they “did not find it useful” and that it “came as part of a package … I did not want it.”

Consumers have definitely spoken, and digital services are taking notice, stating right up front that they want to be like radio. At this year’s DASH 3.0 conference focusing on “Radio & the Connected Car: A Survival Guide for Radio Broadcasters,” Pandora made it a point to say that it aspires to the simplicity of AM/FM radio.  There’s a natural ease that comes with listening to your favorite broadcast station while driving that simply can’t be matched.

There’s good reason for broadcast radio’s continued popularity. It offers listeners the voices and personalities they know, love and trust. It’s the best friend sitting next to you in the car telling you everything you need to know.  And at the same time, it’s at the intersection of the consumer trends of digital, social and the connected consumer. With a USA Touchpoints study finding that two-thirds of radio is consumed outside of the home, radio is both digital and mobile. In fact, it’s the original mobile medium if you go back to the core definition of mobile as “on the move,” and it’s also always been a social medium, providing listeners with the opportunity to interact with their favorite on-air personalities long before the invention of social media. Think about the call-in phone lines, which have now morphed into Twitter, Facebook, Instagram, texting and all the other ways that DJs connect to their listeners today.

Today, consumers have the ability to listen to their radio stations whenever and wherever they want, whether it’s walking down the street, listening at home or riding in the ultimate mobile device -- the car.

Radio serves as a complement to your driving experience instead of a distraction. Simply pushing a single button gives you immediate access to the things you care about:  News, entertainment, information, personalities and music that you know and love.  In an increasingly mobile world, radio is still the anchor of the auto experience.