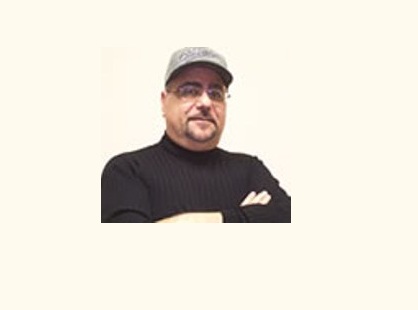 We are ruled, entertained, and informed by courtiers -- and the media has evolved into a class of courtiers…Our pundits and experts, at least those with prominent public platforms, are courtiers...It is smoke and mirrors, tricks and con games, and the purpose behind it is deception. ― Chris Hedges, Empire of Illusion: The End of Literacy and the Triumph of Spectacle

When I was a child I never wanted to do magic. My preference was to point out how the card was up the magician's sleeve. As a Muslim growing up in this country, we did not celebrate Christmas. At the tender age of six, Santa Claus visited our class. I remember the oohs and ahs from my enamored classmates. I set out to tell my friends that this was just the principal with a fake beard. The teacher pulled me out of class to tell me it was not nice to say these things and that I should politely refrain from ruining the other children's fun.

That was my first introduction to how convention reacts to exposing illusion.

Fast forward 50 years and not much has changed. In an online discussion group for media veterans, I was taken to task for suggesting that one could get editorial coverage by purchasing enough advertising inside trade publications. A few of the PR folks who make their living massaging editors and reporters took particular exception to this notion. They owe their positions to the illusionary wall between advertising and editorial desks. Exposing illusions is not popular.

A couple of years ago, an investment banker I knew in Chicago called me to ask if he could come out to our offices. He knew that we had been doing a deal-of-the-day since 2007 with our e-commerce division and wanted my take on the mighty Groupon march toward daily deal domination.

It was not terribly difficult to find the misdirection with Groupon. Allegedly funded by the Russian mafia amongst others, they were well on their way to spending $1.5 billion to build an email list and accumulating losses in excess of that amount. Meanwhile, our daily deal division at PulseTV was experiencing a modest annual growth rate of 45%, was profitable and doing that with no capital.

The card up Groupon's sleeve was easy to see, once you knew it was smoke and mirrors and began looking for it. The "get big fast" boondoggle promises future profitability. The thing about future profits is that they usually remain in the future and never actually achieved. The Groupon illusionary business model was touted by pundits. The illusion made several people very rich and now as its stock price is down 77% from its post-IPO high, many have lost a lot of money.

Behavioral targeting of course had its run for many years. There is even a publication, "Behavioral Insider". This is where all of the pundits and practitioners get together to weave an impenetrable language and generally share their magician's tricks of the trade. This way they can continue peddling their snake oil to those preferring fantasy over reality. Exposing the behavioral targeting illusion did not earn me many friends because BT was supposed to save the online advertising model. It did not, it will not, it cannot.

After fifty years of exposing illusions from Santa to BT snake oil, not much has changed. I still am ruining the children's fun.