“In Defense Of”:  Oxygen Series Looks at Lawyers Who Defend the Indefensible 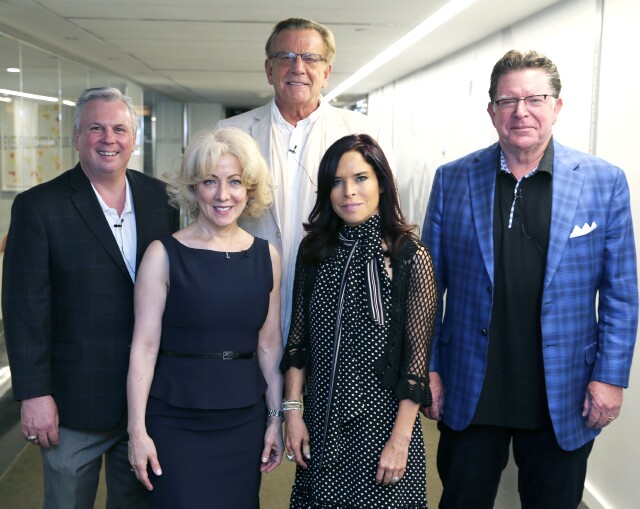 They are monsters who happen to look like the rest of us – or, in Ted Bundy’s case, even better.  Yet they lost their humanity and believed that killing people was their mission.  As heinous as their crimes were, and even when they confessed their guilt, justice wasn’t denied.  That’s the thankless, exhausting job of defending the indefensible.  Attorneys for infamous criminals tell their stories in Oxygen’s four-part documentary series In Defense Of, premiering Monday, June 25.  These lawyers are true believers in the justice system, though not necessarily in their clients’ innocence.

A week before the debut, as an oppressive heat blanketed Manhattan, three of the lawyers featured met at 30 Rockefeller Center to discuss their extremely tough and little understood job.  “A large segment of the population does not separate what we do from the crime,” said Chris Tritico, a lead defense attorney for Timothy McVeigh.

McVeigh -- for anyone who has been able to exorcise him from memory or for those born since what had been the deadliest act of terrorism in U.S. history before 9/11 -- detonated a bomb at a federal building in Oklahoma City, killing 168 people, 25 of them children.  He did this on April 19, 1995, the two-year anniversary of the Waco siege.  McVeigh was executed by lethal injection.

In the pilot, Stephen Jones, Tritico’s mentor, reveals McVeigh had told them: “We needed the body count.”  That statement was supposed to fall under attorney/client privilege, but a man who worked in his law office leaked it to the press.  Jones asked why he would breach confidence.  The man was afraid that Jones and Tritico would get McVeigh off.

Jones and Tritico reflect on their personal sacrifices.  Jones needed security for his family; Tritico lost 40 pounds during the trial and was working over 1,000 miles from his wife and three young children.

Additional disadvantages of the defense attorney’s job include clients who cannot afford to pay them and working so relentlessly their personal lives often crumble. Yet, they persevere because they take to the heart the Sixth Amendment, the right to a speedy, public trial by an impartial jury.

“No criminal lawyer gets into it because he wants to be well liked,” said Dan Cogdell, who represented Clive Doyle during the case against the Branch Davidians at Waco.  Cogdell says he was positive within seconds of meeting Doyle that he was not the mastermind behind the carnage, where 76 people died.

Doyle was acquitted of all charges, meaning Cogdell won.  Yet the attorney asks, at what cost?  He mentions he’s been married four times.  Lawyers, particularly defense lawyers, talk about working 20-hour days as they sift for any evidence that could possibly mitigate the charges.

“Being a criminal attorney is the best job you can have if you are anti-authoritarian,” said John Henry Browne, who represented Bundy, the serial killer, rapist, kidnapper and necrophiliac who had confessed to 30 murders.  In the documentary, Browne says that Bundy told him he killed more than 100 people.  He was electrocuted.

A stalwart opponent of the death penalty, Browne has dedicated his career to criminal defendants.  His history proves how pure his fight truly is: Browne’s girlfriend, Deborah Beeler, was murdered in February 1970 when she was a student at University of California, Berkeley, and he was in law school at American University in Washington, D.C.  Despite this loss, Browne has never relented in his stand against the death penalty, even with Bundy, who was so vile that he transformed the crusading attorney.

“I never wanted to believe that people were born evil,” Browne said.  “That opinion changed when I met Ted Bundy.”

The Oxygen series hits during an odd time -- a “Ted Bundy binge,” as Browne referred to it.  This rekindled interest is likely sparked by the upcoming Zac Efron film Extremely Wicked, Shockingly Evil and Vile which wrapped in February but does not have a release date.  Efron may capture Bundy’s charm, but if the actor can represent the depths of the psychopath’s depravity, he ought to win an Oscar, Browne handicaps.

“Why is there a Bundy binge?” Browne asked.  “You might as well ask why Trump is president.  I don’t have an answer for that.”

Nor will there ever be good answers for their clients’ behavior, though much has been learned about each of the cases.  The criminals these men defended are a rogue’s gallery of evil.  The first film is Timothy McVeigh: The Oklahoma City Bomber followed by Chris Doyle: The Branch Davidians and Jodi Arias: The Murder of Travis Alexander.  The series ends with Ted Bundy: Serial Killer.

Arias’ attorney, Kirk Nurmi, was unable to attend the panel moderated by Beth Karas, a longtime on-air legal expert.  In 2008, Arias fatally stabbed and nearly decapitated her former boyfriend.  She also shot him.  Arias was sentenced to life in prison without the possibility of parole.  She was such an impossible client that Nurmi repeatedly asked to be removed from the case; Arias threatened that if he left she would ruin his life.  She may well have succeeded anyway.  Nurmi is convinced that he developed cancer as a result of the stress from the Arias case.

“People perceive these guys are the devil,” filmmaker Jane Lipsitz, co-founder of Magical Elves, the company responsible for the series, said of defense attorneys.  “It’s really important to be able to understand how important the job they do is.  We hope viewers come away from it having a deeper understanding of what they do and of our judicial system.”

The four-part documentary series In Defense Of premieres Monday, June 25 at 9 p.m. on Oxygen.