In the Days Before Christmas 2019 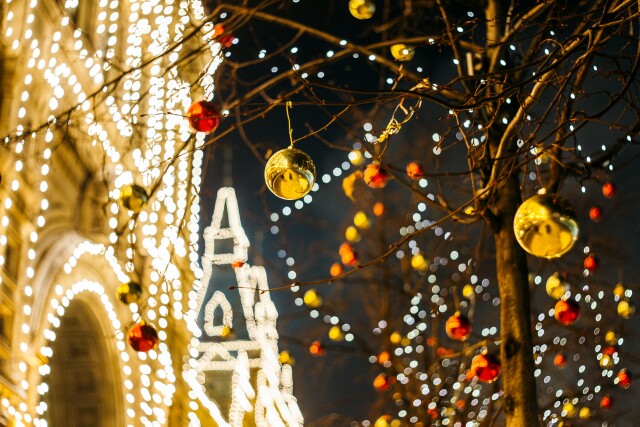 MediaVillage is pleased to continue a popular tradition with the publication of Steve Fajen’s annual holiday poem below.

In the weeks before Christmas it wasn’t a reach,
To say that the House was on track to impeach.
Evidence was aired in Committee with care,
In hopes that the Senate Repubs would be fair.

Meanwhile, Brady chalked up number six,
As the U.S. women won the cup with their kicks.
And Tiger with his putter and Nats with their bats,
Had settled their scores each with great stats.

When out on the screen we hastened to look
At the Oscar winner, The Green Book.
Away to Hollywood Tarantino would follow,
Soon after Gaga’s and Cooper’s Shallow.

The sun set on El Paso and on Dayton too,
While Holzhauers winnings on Jeopardy! grew.
Epstein, Assange and Roger Stone
All went to jail for their deeds, all alone.

Thunberg’s movement might save the planet,
But will we miss Bullock, Swalwell and Bennett.
Or how ‘bout O’Rourke and Ryan by name,
Both DeBlasio and Hickenlooper out of the game.

Now Buttigieg up, now Warren is down,
While Harris and Gabbard both made us frown.
Bloomberg and Patrick seem in a hurry,
While Biden’s missteps make us all worry.

On Booker, Castro, Steyer and Yang,
Klobuchar, Williams fill out the gang,
Who are running around in Iowa’s stump,
But what of the other guy, what about Trump?

He leaves as a punchline early at NATO,
Buy Greenland while yelling no Quid Pro Quo.
Pick up a Sharpie, while Dems take the House,
Make sure you read Anonymous.

Lie 15k times and tweet 20k,
Take all the translator’s notes away.
Use Barr to bury Mueller’s words,
Praise our enemies, abandon the Kurds.

Pick up the phone and call Ukraine,
Ask for dirt on Joe Biden’s good name.
Giuliani, Pompeo, Barr use them all,
So you can make a near perfect call.

Instead he’s stuck on the edge of a cliff,
Having been pushed by Pelosi and Schiff.
This won’t be fixed by Lev and Igor,
Too many witnesses can’t be ignored.

Trump tweets many words as he goes about work,
Watching Fox News, calling Trudeau a jerk.
Though heavy of belly his foot fits his mouth,
In critical states his numbers go South.

Next year we will we vote, but not on a whim,
We’ll vote for someone more honest than him.
Then we’ll mostly exclaim as he goes out of sight,
"Happy Christmas to all, and to all a good night!”