In "The Kids Are Alright" Eight Is Definitely Enough 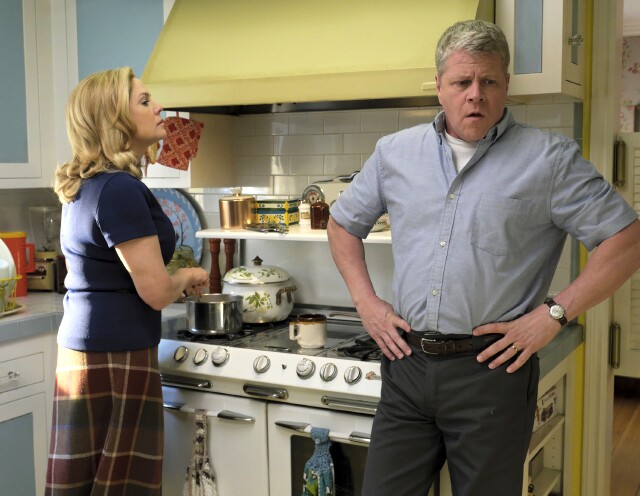 The difference between one child and two is not simple math.  Naturally, with each child the love and happiness grow exponentially, but so do the challenges.  Now expand that concept until the family consists of eight children.  All boys -- eight sons in one small house.  If it sounds like the makings of a wacky sitcom, it is.  ABC’s The Kids Are Alright premieres Tuesday, Oct. 16.  To showrunner Tim Doyle, it’s far more than a show; it’s his life.

Doyle (pictured below), the fifth of eight boys, may not be a household name, though his work is well known.  He has produced and written for shows that are comedy gold: Roseanne, Grace Under Fire, Sports Night, The Big Bang Theory, Last Man Standing and Speechless.  The Kids Are Alright is inspired by his childhood in the '70s

"I didn’t expect anyone would be interested in the Tim Doyle origin story,” he admitted to MediaVillage in a recent interview.  “[The fact] that stuff that is so personal to me feels relatable to other people is surprising.  I am pretty narcissistic, but not so narcissistic that I think everything about me is 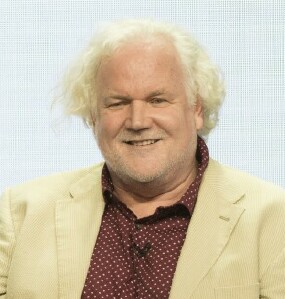 "The most contrived part of the pilot is that the family has eight boys, which is [also] the most accurate," he explained.  "I grew up in a family of eight boys, no girls.  Yes, some of the material, some of the inspiration, some of the moments have been kind of divvied up to different characters and this and that.  The character of Timmy, who is a bit of a jackass who's got this wonderful verve for putting himself in front of the audience, that's pretty much me.

But there is more about the show that may connect present-day viewers to stories set five decades ago.  "We are living in a time with a lot of political divisiveness," Doyle said.  "There's a generational divisiveness, right?  There are younger people that feel one way and older people that feel another.  There's war.  There's a president who gets on a lot of our nerves and perhaps may not finish out his term -- knock on wood.  And, you know, there's lots of stuff to comment on that makes 1972 feel a lot like 2018.  I think the parallels kind of suggest themselves."

While his brothers went on to more traditional careers, Doyle recalled, “I looked like I was headed for ne’er-do-well status through my 20s.”  Growing up he was interested in writing and acting and did some commercials, including one for McDonald’s.  After graduating from USC’s School of Cinematic Arts, he landed a job on the show Dinosaurs and has worked steadily ever since, learning the business along the way.

The Kids Are Alright was not his first title choice, he admitted.  He expects comparisons to The Wonder Years because both are set in the same period.  Coming of age in the 1970s was a very specific experience.  Doing so with brothers fighting over a pork chop, and when one has to sleep under the dining room table, sets this show in very much its own space.

Peggy Cleary, the mom, is a woman who knows how to stretch a budget and has zero bandwidth for shenanigans.  While she could easily be distracted, drunk or ditsy, she is instead focused, frugal and funny.  She’s so hyper aware she can read a son’s bad thoughts before they’re fully formed.  Mary McCormack (In Plain Sight, The West Wing) brings a sly, loving kindness to the role, even when she is terrorizing her sons by telling them they could get rickets.

"There was a  funny kind of off-hand unintentional cruelty that my mother had, that sometimes just her way of expressing apprehensions of life outside of our home," he recalled.  "The process of making the show and casting the show was a process of letting go of actual specifics of who my [family members] are and take their various attributes and share them among the actors [who were] cast.

"You look at them and see what’s fun about them so it shifts from person in your head to person in the room and start to write for the person that actor is," he continued.  "All of the characters have changed.  That’s good because my brothers did not sign up to be characters in a sitcom."

Doyle marveled at his luck in being able to cast McCormack.  “I was astonished that Mary wanted to come in and audition,” he said.  “She is a no-nonsense woman, a very sensible woman.  When she read, I knew we wouldn’t do any better.”

Plus, she knows this family in her bones. “I grew up in the 70s as only one of three,” McCormack (pictured at top) told MediaVillage at an ABC party.  “But I have 50 first cousins.”

McCormack's onscreen hubby, Michael Cudlitz (pictured at top), had something to say about the time period, too.  “There’s no filter on the ‘70s," he laughed.  "They are portraying it to pretty close to what it was."

Although sitcom dads are often written as hapless, Cudlitz (The Walking Dead, Southland) is very wise as Mike Cleary.  A sweet scene in the pilot reveals him to be accepting of his oldest son’s decision to leave seminary while counseling him to stay in college.  Mike’s lack of a degree held him back. “My father scratched the Earth for a living,” he says.  “I want my sons reaching for the stars.”

“He plays all these tough guys and killers and cops,” Doyle said of Cudlitz.  “Yet he is one of the most gentle, affectionate guys you have ever met in your life.  He is a very, very nice guy who happens to carry this wonderful mantle of intimidation wherever he goes.” 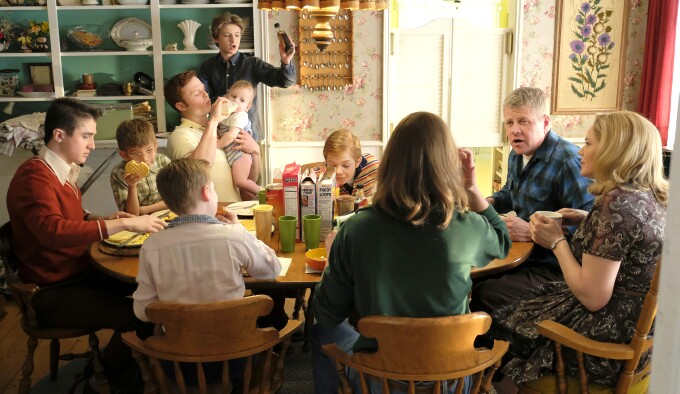 A mantle of intimidation is precisely what some might assume is a component of Doyle’s position as showrunner.  He described the work as “definitely the biggest job you can have in television in terms of response and power.  It’s what you think of with an old-time movie producer or auteur movie director.  You have as much control as you can over the creative aspects of the show and you supervise all of it.  The only limitation is your stamina.”

At 59, he acknowledged needing at least six hours of sleep a night.  And after a career in TV, including shows that looked as if they would be successful but weren’t, Doyle is philosophical about this comedy’s success.

“I do not assume anything,” he said.  “I have been involved in enough shows that you feel if people find it, they will like it.  The marketplace so scattered right now and there are so many really worthy things people don’t find.  Our competition is against The Voice.  So, there is a decent chance that people won’t ever find [their way] to this show.  That’s okay; those are the vagaries of this business.”