Infiniti Pivots to Electrification — and a Brand Reinvention 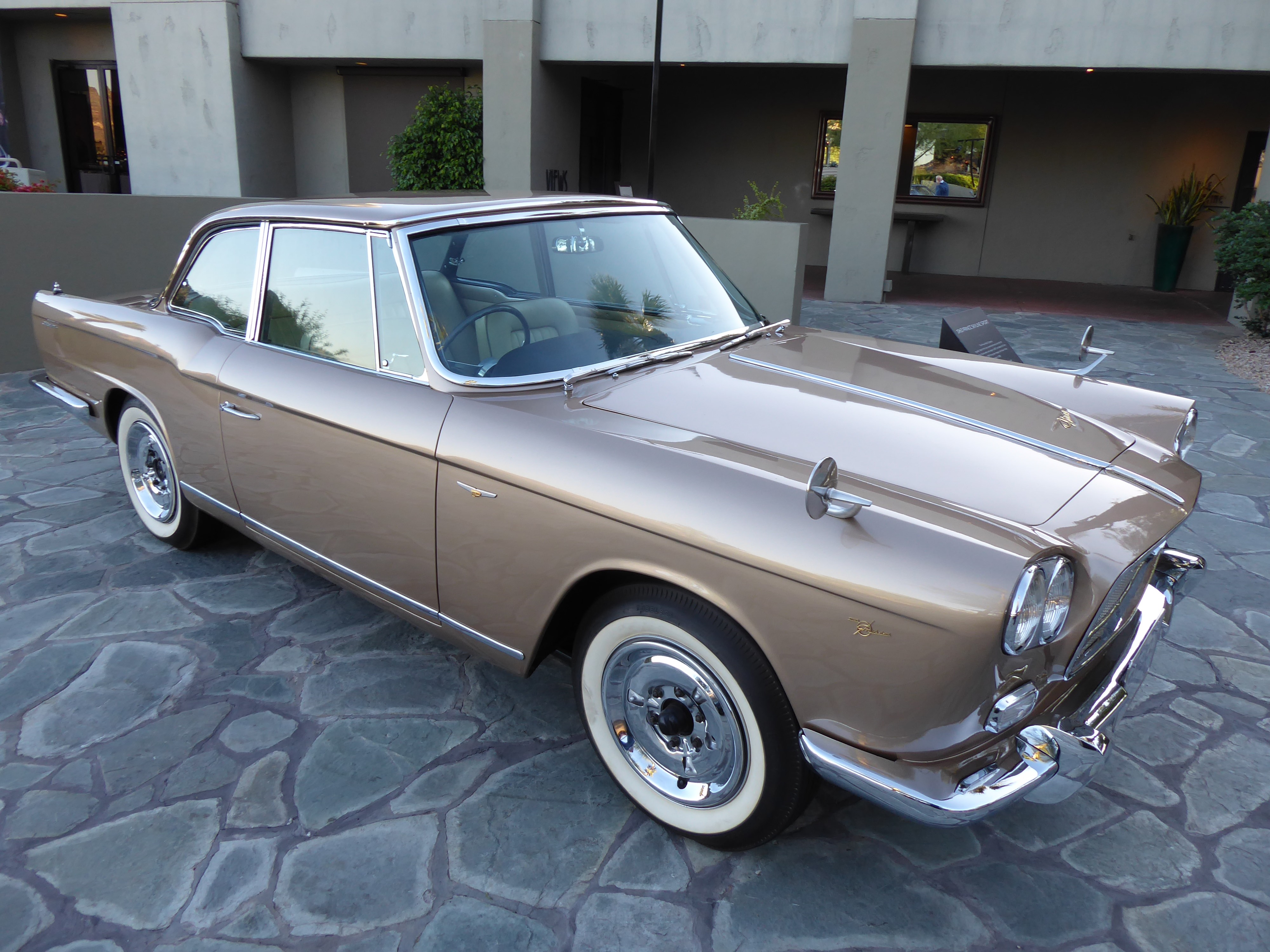 "Your past defines you; it's your DNA," said Mike Colleran, vice chairman of the Infiniti Motor Company. Infiniti's past is fairly clear — from its first year, in 1989, it offered a consumer-centric vision of luxury that didn't stop at the vehicle's door. Stylish, upmarket cars that introduced a long list of new technologies were also part of the mix.

Jeff Pope, group vice president of Infiniti Americas, who spoke at the company's press event in Arizona on October 30, celebrated 30 years of the brand by pointing out that, from the beginning, "it was not just the car, but the total ownership experience."

The Q45 luxury sedan debuted in 1989, Pope said, with an ad that "everyone remembers" because it featured rain on a pond and no car. The sedan's core package included roadside assistance, no-charge loaner cars for shop visits, trip interruption benefits, a four-year, 60,000-mile limited warranty, and more.

German automakers laughed at the idea of Japanese luxury cars 30 years ago when Infiniti, Acura, and Lexus launched. While they're not laughing 30 years later, overall the luxury market is hurting.

Infiniti's vision was radical at the time, but now everybody does something similar, and luxury dealerships are going out of their way to enhance the ownership experience with in-house cafes, massage stations, and even movie theaters.

"Luxury," Infiniti's 2019 ad for the QX50, pushes the line, "Luxury should be lived in," and associates the car with a glamorous lifestyle of clubs, beaches, and romantic evenings:

The company has decent cars, but most of its current models have been around a little too long. Infiniti's fairly broad-based lineup for 2020 includes the requisite three SUVs in crossover (QX50), seven-passenger premium crossover (QX60), and full-sized luxury (QX80), plus the Q50 sports sedan and Q60 sports coupe. Like most manufacturers, it has put sedans on the back burner, as the public mania for sport utility continues unabated.

The turmoil at parent company, Nissan, doesn't help. The brand was on a roll for most of the 2010s, but in 2018, U.S. results were down 2.7 percent from 2017. In September of this year, sales in the U.S. were down a hurting 44 percent compared to the same month in 2018. For the first nine months of 2019, the brand dropped 16.5 percent. The slump has been industry-wide, but Infiniti's performance can be tied to a lack of new product, something Infiniti is now poised to address with five new models over the next three years. 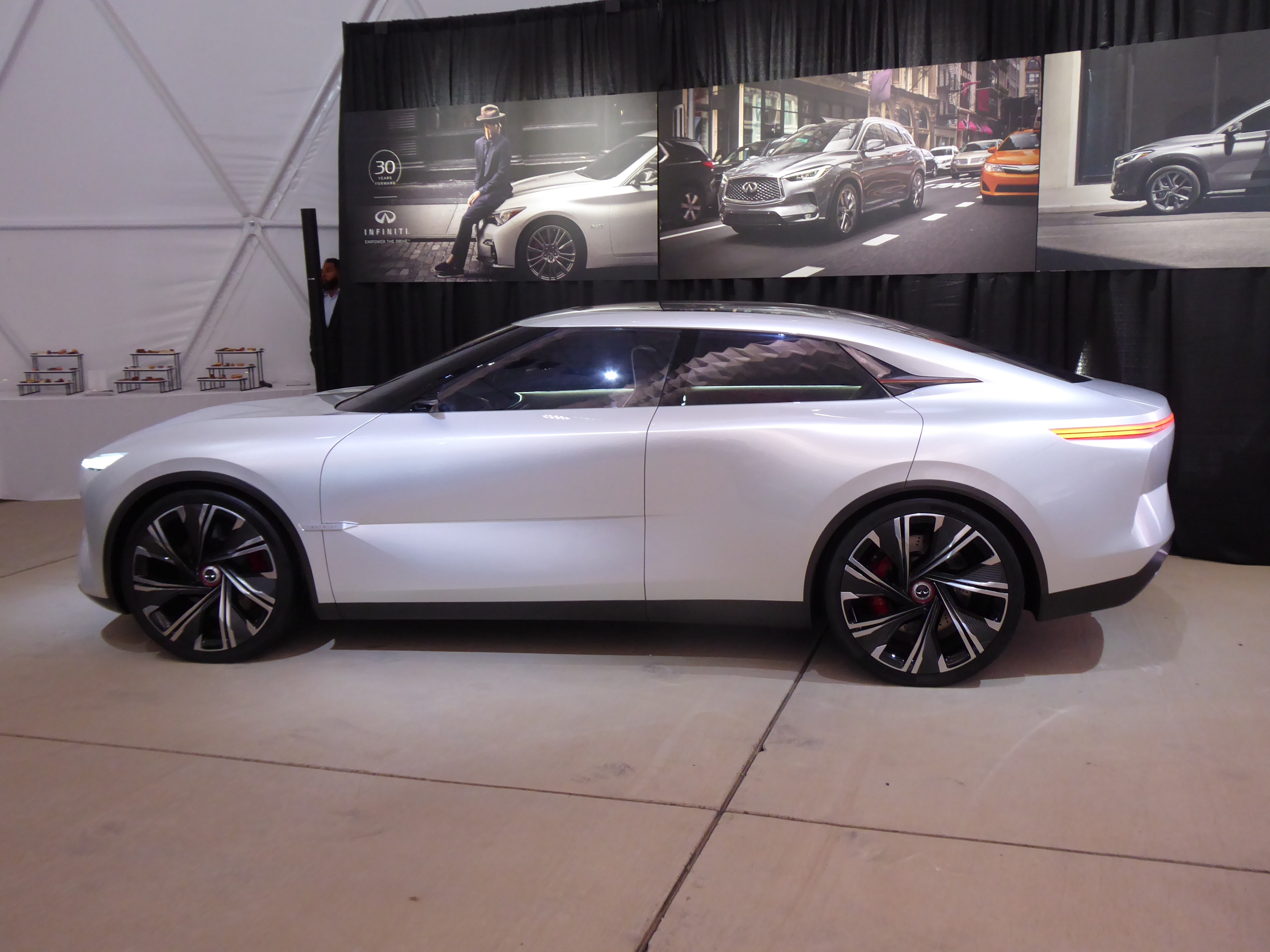 The U.S. remains the company's top market, followed by China. Until recently, the division was based in Hong Kong — keeping it close to its fastest-growing market — but now it's moving back to Japan. The synergies of being close to the mothership — in the meetings instead of a video conference line — have become obvious, they said.

Infiniti's future is tied to the coming age of electrification. "We are well on our way to electrification with five new cars in three years," Colleran said. "It's a great chance for a rebirth of the brand."

The electric cars will be based on Infiniti's Q, QS, and QX "Inspiration" concept cars. Two of them: a battery-electric, which the company didn't say all that much about, but will have 300-mile range; and, a hybrid system developed by Nissan that uses a relatively small battery pack of up to 5.1 kilowatt-hours that's kept charged with a front-mounted 1.5-liter VC-Turbo generator that never drives the wheels — electric motors on each of the two axles do that. Nissan says its "e-POWER" system "allows you to enjoy all the benefits of an EV without having to worry about charging the battery."

The gas generator will be kept isolated and extremely quiet, so customers need hardly know it's there, said Eric Rigaux, general manager, product strategy and planning for Infiniti Motor Company. "Our new gas-generated EV powertrain represents the next step into our electrified future," he said, "acting as a bridge to full electrification and setting the tone for our upcoming zero and ultra-low emission cars."

We didn't see either of the electric cars at the press event, but there will be two sedans with Nissan's e-POWER gas generator system, and an all-electric crossover. Also, one of the five new vehicles is the QX55, a sleek, coupe-styled crossover built on the QX50. We didget a look at that one but had our cameras and phones confiscated before the viewing. Both front and rear styling are severely raked and there's a big tapering chromed grille upfront. The teaser photo here is, however, all we can show. Infiniti swore that the styling does not compromise rear headroom.

The QX55 will be joined later by a redesigned QX60. "The market is huge," Rigaux said. After all these cars, presumably outside the three-year window, will be a new flagship QX80.

Infiniti clearly needs these new cars to revive its brand. A pivot to electrification, combined with fresh, new styling and continued emphasis on the customer experience could, indeed, be the tonic the 30-year-old nameplate needs. And that plan should be joined to an ad and marketing campaign as innovative as the one that introduced the brand three decades ago.