"Influence" Shows Why if You're Not Worried About the November Election, You Should Be

By Kent M. Harrington May 26, 2020 In the National Interest Archives 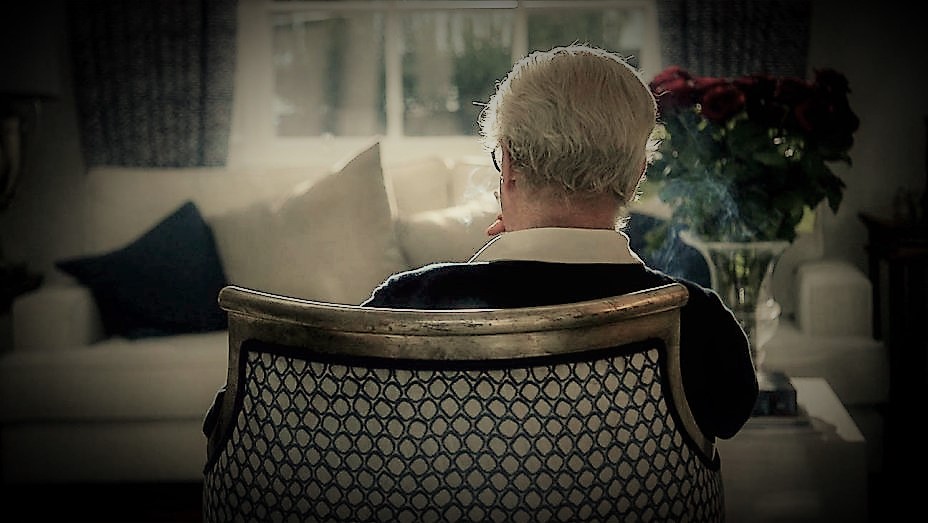 Many Americans who pride themselves on their country's exceptionalism aren't bashful about viewing the world through red, white, and blue lens. As they see it, there's no problem visiting other countries but when it comes to studying, much less learning from them, Homer Simpson, the star of the eponymous television series, puts their attitude best. "I want to explore the world. I want to watch TV in a different time zone. I want to visit strange, exotic malls."

Thanks to two South African journalists and filmmakers, Influence has arrived in time to give Americans a chance to think again. The documentary is all about how advertising metastasized into political consulting to transform politics. The work of Richard Poplak and Diana Neille, the 2020 Sundance Film Festival selection just aired on the Canadian Broadcasting Corporation. It deserves a wide audience south of the border before Americans go to the polls this year.

Influence uses the biography of the late Lord Tim Bell (pictured at top and below), an ad man-turned-political-consultant ennobled for helping Prime Minister Margaret Thatcher win three elections, as its connective tissue. Bell's story is more than the tale of the rise and fall of a hustler whose firm, Bell Pottinger, collapsed in 2017 after an exposé of its racist campaign supporting South African president Jacob Zuma and his corrupt backers. It's an allegory about how money married to power can master politics anywhere, including in constitutional democracies.

Influence is ambitious befitting Bell, a Brit who never met a deep-pocketed client, no matter how ugly, he didn't like. Bell sat for extended interviews with the filmmakers before his death last year. His suitably clever bon mots evince nary a hint of self-criticism. From helping to spring Chile's murderous dictator Augusto Pinochet from house arrest in Britain to image makeovers for Syria's Bashar al Assad and spouse and Aleksandr Lukashenko, the Stalinist president of Belarus, Influence captures the appalling spectrum of Bell's work. 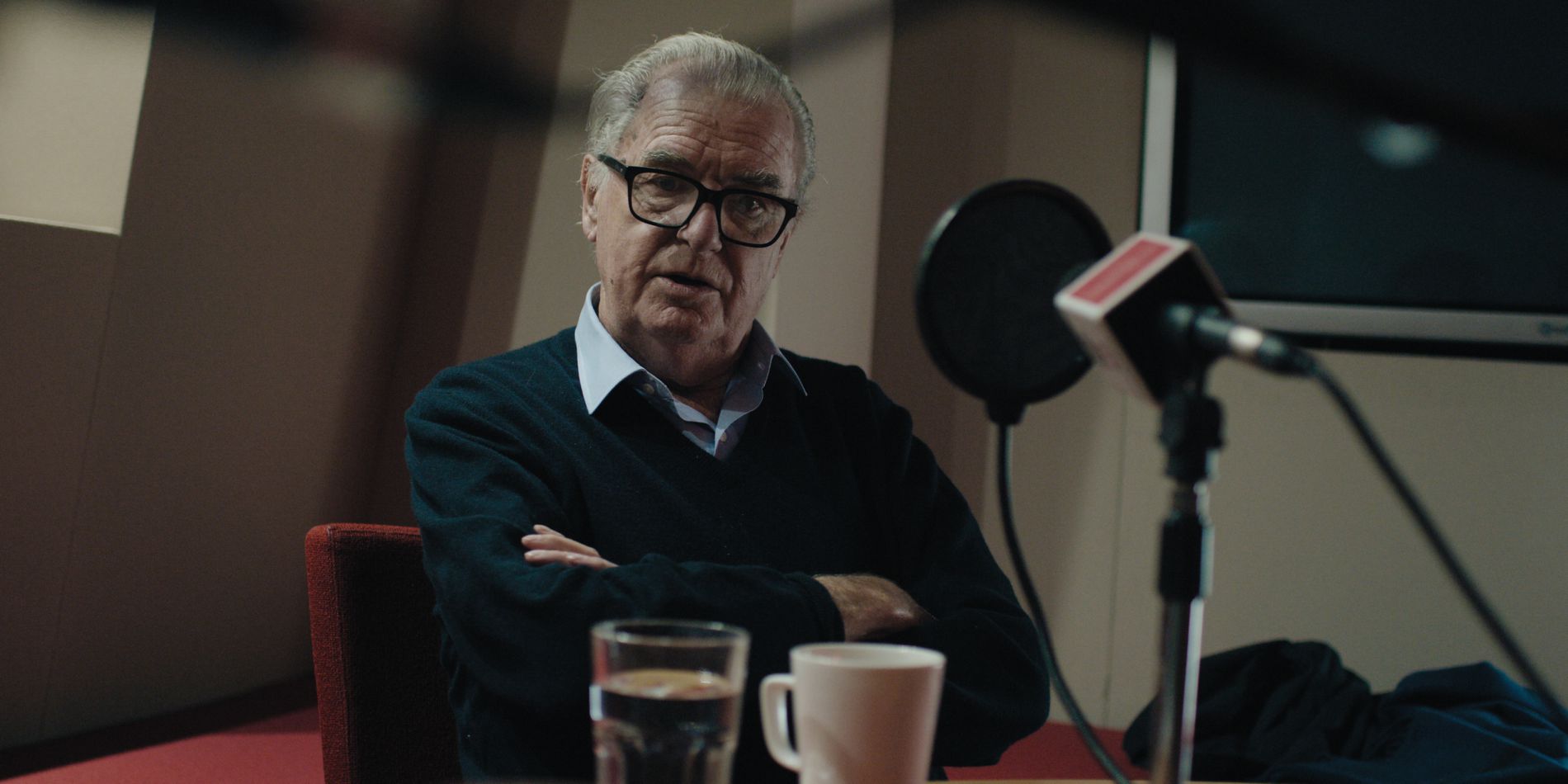 Bell's dissembling about his services for Bell Pottinger's clientele demand the viewers' close attention. The fact that Bell checked his ethics at the door, if his firm ever had any, is hard to miss. But the story skips too quickly through his rogues' gallery of clients; among them, repressive regimes in Egypt, Saudi Arabia, and Bahrain; Russian kleptocrats; and central Asian strongmen whose on-line images miraculously improved after Bell Pottinger's buffing and polishing. Because of the pace details flit by, though the montage makes the point.

For any journalist, Bell Pottinger's history presents a kid-in-the-candy store opportunity—so much scandal and skullduggery, so little time. Influence mentions only in passing Bell's work for Boris Bezerovsky, the exiled Russian oligarch, and Alexander Litvinenko, the KGB officer poisoned by Putin's spies. It also only touches lightly on the firm's use of digital black arts on behalf of a Malaysian sultan. But the filmmakers dig into South Africa, where Bell Pottinger's dirty tricks on behalf of the Gupta brothers, then president Jacob Zuma's backers and bagmen, couldn't be more relevant to American politics today.

For Americans, Influence could have provided more on the Guptas. With businesses in media, mining and computer hardware, their role in Zuma's government before Bell came on scene had produced a scandal that the wealthy brothers wanted deep-sixed. Bell's team pitched the idea of leveling countercharges against the inquisitors. Bell won the job, running a campaign to fire up anger in an already politically charged South Africa against "white monopoly capital," including fake social media accounts to stoke racial tensions. The story is complicated. Its teaching point and relevance to the US election in 2020 is not.

Americans also don't need to see Influence as a tutorial about how politics are distorted by a leadership's lies and disinformation, especially when they're presidentially flogged. After four years of Trump's nonstop mendacity, "Obamagate," his latest fevered conspiracy theory, his dismissal of Russia's attack on American democracy, and the Red Chinese herring now being dragged across the campaign trail of Joe Biden, his certain Democratic presidential opponent, are lessons enough.

Rather, Influence delivers a clear warning. The technologies and tactics available to divide societies, radicalize the susceptible, and stoke hatreds—goals touted by Steve Bannon, Trump's culture warrior in 2016, and evident in the handiwork of Brad Pascal, his 2020 campaign manager—represent more than tools of political influence. They are threats to the society. The Public Relations and Communications Association, the industry's trade body, said so in 2017 when it expelled Bell Pottinger for "inciting racial hatred." That was in South Africa.

And here? As McKay Coppins described well in the Atlantic two months ago, the Trump campaign's playbook for 2020 could have been written for any authoritarian abroad. Or for that matter by Tim Bell. With billions of dollars coursing through the US presidential election, a political consulting industry is putting the same tools and tactics on offer, not to mention once sold, on the Web, on air, and on screen, every day.

Their infectiousness in an already divided body politic and society is obvious. So are the ends of the people who peddle them—their bottom line—as well as the goals of their client. The question is: how much damage will they do?

Photos courtesy of Kent Harrington. Photo at top: Tim Bell’s back is the documentary’s and Sundance’s promo.  Photo in story: Tim Bell's interview with BBC.