Influencers Need to Lead from the Front 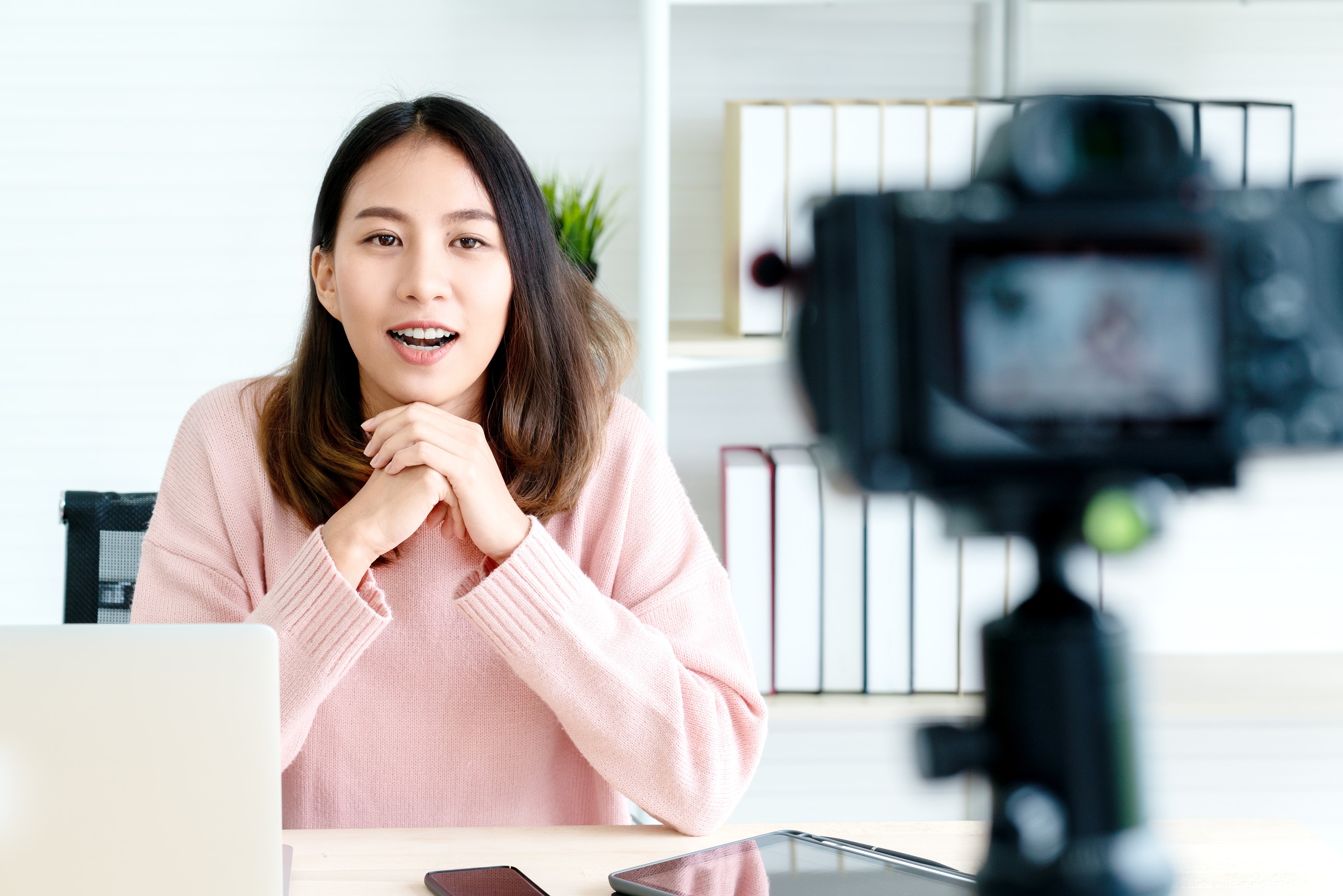 In a recent meeting of the Business Roundtable, almost 200 CEOs, representing a cross-section of U.S. industry, including Apple, JPMorgan Chase, and Walmart, signed a document pledging to shift corporate governance away from shareholder value. This proclamation, although high level and low on specifics, is indicative of a social environment that is highly critical of late-stage capitalism.

In recent years, corporate voices have become more vocal in their commitment to conducting business differently. Blackrock CEO Larry Fink, for example, titled his 2018 Investor Letter "A Sense of Purpose," establishing an argument as to why business-as-usual would no longer be possible.

Both Fink's letter and the new direction out of the Business Roundtable matter because they are shifting the conversation as to what type of society is possible. Ironically, perhaps, those best positioned not only to prosper, but also to play a leading role in a purpose-dominant future are influencers.

The shareholder value obsession has been the dominant operating system since the Friedman school days out of the University of Chicago. In a rush to keep shareholders happy, corporations have been trapped in a cycle dominated by short-term thinking and decision-making. Marketers tasked with delivering ever-increasing sales targets and fighting for customer attention have been particularly stretched, with the average chief marketing officer lasting just about four years. This is a period too insufficient to create and steward a strategic vision.

The growth of influencer marketing seemed like a panacea to demands for more and more engagement. And, for a while, the budgets and clicks seem to affirm the allocation of those resources. However, as the efficacy of traditional influencer marketing is debated amidst a downturn, marketers are now seeking new options. As I noted in "Purpose, Power, and the New Influence," those influencers who stand for something meaningful and whose work is purpose-driven are the future.

The Three Horizons model provides a useful template for how purpose-driven influencer leadership can solidify and grow a new agenda. 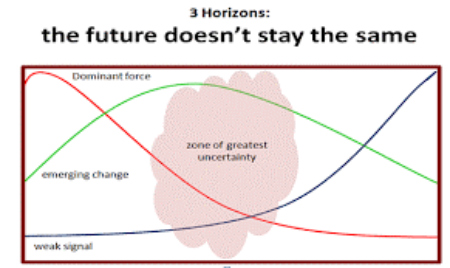 The dominant force of shareholder value is on the decline. Business leaders have pushed back because they recognize that their businesses, and society as a whole, can't continue to function under this model.

The emerging change curve represents the willingness to change, mostly in the form of discussion within traditional circles — but it is still mostly lip service. There have been no transformational business models to accompany the rhetoric. The emerging change curve, when confronted with an uncertain environment, can slow a decline and maybe even create a temporary bump in growth. However, extended along a significant time horizon, inevitable decline sets in.

The third alternative, the weak signal curve, is where purpose-centered influencers can flourish in a leadership role. Unlike corporate leaders, influencers are grassroots-based and naturally embedded within communities through strong network relationships. These are the "engaged consumers" that brands seek to reach, capturing a share of their attention.

Unlike the bombast of the emerging change curve, purpose-centered influencers can drive their community toward action. The well-intentioned rhetoric of the emerging change curve is like a wave; it comes in strong, makes an impact, and, eventually, recedes. Purpose-centered influence is like a ripple. It starts with one drop but cascades far beyond its origin point. The ripple effect of the weak signal curve has the potential to break through the zone of uncertainty and reverse the downward trend of the other curves.

There are three ways organizations can work with purpose-centered influencers to be positioned for transformational success. First, a shift away from shareholder value should translate to long-term strategic planning, taking precedence over short-term ideas and trend-chasing. Influencers should be integrated into a company's strategic organizational plans, not only within marketing, but also by actively leveraging their best practices. What are these influencers doing right that can be incorporated into your work? Make them allies, not just spokespeople.

Second, organizations must define their values, then work with influencers who personify them. Discard the scattershot approach, where easily gameable metrics drive the decision on which influencers brands decide to work with. It is not enough to debate between macro- and micro-influencers. It has to be a decision between values alignment or not.

Third, marketers must do one of the hardest things anyone can do: Give up the idea of control. In a paradigm where brands had all the power, it was easy to control influencers. As the momentum in the brand/influencer relationship shifts, brands must relinquish some control to their new allies. Trust will be a critical part of the relationship and will help maintain an environment of collaborative freedom.

Of course, the temptation will persist to revert to status quo influencers and fraudsters. It will be a challenge to resist the easy way but continuing down that road is fraught with peril.

The fact that those least likely to call for change are changing their tune is a clear signal that there is an opportunity to chart a course for a more viable future. Influencers can shake off their malaise and lead from the front.