Inside the Production Miracle of A&E's "Live PD" 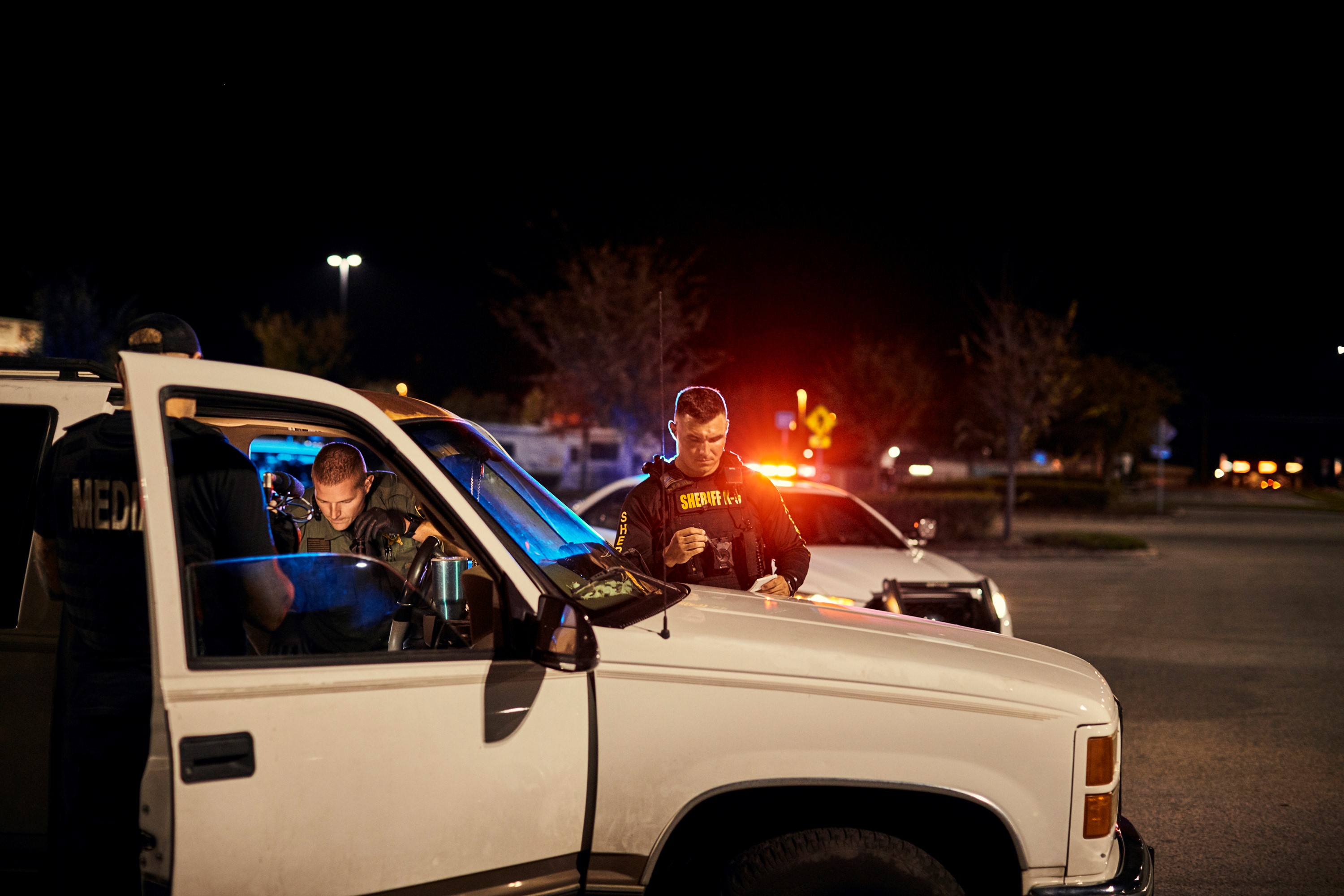 "That had never happened to me before and I don't think it'll ever happen to me again," says Dan Cesareo, Founder of Big Fish Entertainment.  He isn't talking about some stroke of luck like winning the lottery.  Rather, he's recalling the experience of selling a show -- in this case A&E'sLive PD -- in one phone call with just a logline.

"'What if we broadcast live from police ride-alongs?'" is how Cesareo recalls the pitch.  And thus, from that one phone call, Live PD was born.  Now in its third season, it's a ratings beast for A&E, pulling in an average audience of 2.3 million with seven days of viewing.  The series has tripled its audience since its premiere in October 2016.

Live PD is also a production beast, using a team of over 100 people for each live, three-hour broadcast, pulling in feeds from eight different police, sheriff and highway patrol departments all around the country, from California to Oklahoma to South Carolina.

Such a beast takes time to grow, though, and while Cesareo sold the project over the phone, there was a lengthy gestation period for development.  "We had to develop it on three very complex tracks," Cesareo explains.  The first of those tracks was getting access to and the approval of various law enforcement agencies.  That was no small task, particularly in a political environment in which policing has become a third rail.

The entire idea behind Live PD came out of seeing police departments tweeting about their patrols.  "We wondered: if they were willing to tweet on patrol, were they also willing to have live cameras following them around?" Cesareo says.  There was a clear incentive to improve relations between law enforcement and the communities in which they worked.  But some departments took more coaxing than others to allow camera crews to follow multiple officers on their patrols.  It took the Live PD team a full 10 months to get the first six departments on board.

"It was a numbers game," Cesareo explains.  Ride-alongs can be slow on occasion, so how do you capture enough compelling material?  The team must follow enough officers -- at least 12 -- so that they have something happening at all times during the three-hour live broadcasts.

The second track was the legal track.  Big Fish and A&E had to figure out how to handle not just the content of the broadcasts in an ethical manner, but legal issues brought up by different departments.  "We had to work out the legal issues involved with following the police on their patrols, and the encounters with citizens, from the most trivial incidents to scenes of great danger," Cesareo recalls.  Those were difficult conversations to have at first, with no previous show like it to point to as a guideline.

The third and perhaps most crucial track was the technology used to telecast the show.  If Big Fish had pitched Live PD to A&E even just a few years earlier, it would have been dead in the water because of the technical constraints.  "We would need a satellite truck, a helicopter with a repeater to bounce the signal from the camera packs to the truck, and always a clear line of sight," Cesareo says.  It just wouldn't have worked.

But then came a miracle: camera packs that used cellular technology to transmit their footage.  They contain eight cellular modems -- two for each of the major cell carriers in the U.S.  The packs automatically funnel footage across all eight signals, using the modems to boost speed and clarity.

This miracle solution came at truly the last minute.  There were only a few weeks left before Live PD was supposed to start shooting and a test using technology from a different company had been a failure.  Cesareo had a few sleepless nights, as it appeared they had no way of actually pulling off the "live" part of Live PD.

In came Live PD's technical team, which discovered a European company that had recently begun distributing proprietary cellular transmission packs in the U.S.  They immediately set up a test with their equipment.  It worked.  The project was saved.

Good thing, too.  Aside from thousands of people recently gathering to watch the 200th episode in Richland County, South Carolina (home to one of the departments featured on the show), an unanticipated side effect of Live PD has been an increase in recruitment at the departments seen on the program.  Producers from Big Fish are in constant talks with various law enforcement agencies in order to showcase policing across the country.

So, is all the work worth it?  "More than," Cesareo affirms.