Investigation Discovery at TCA:  Sunny Hostin on Her New Show “Truth About Murder” 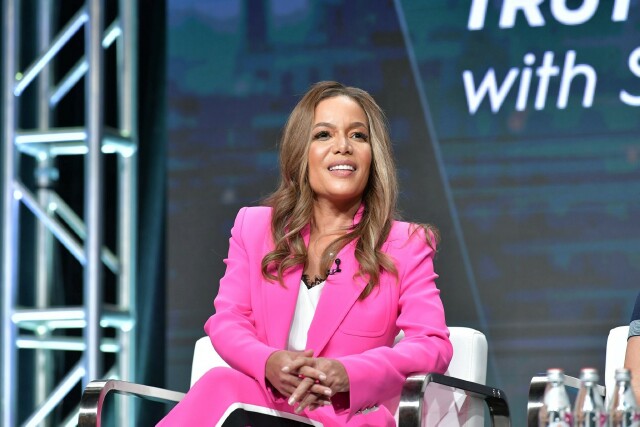 Beverly Hills, CA -- Sunny Hostin is returning to her criminal investigative roots with a new series set to debut in October on Investigation Discovery.  In the six-part series Truth About Murder, the former undefeated prosecutor, human rights advocate, occasional ABC News legal correspondent and full-time co-host of The View travels the country examining perplexing homicide cases.  Her mission is to uncover the whole truth and nothing but the truth.  Through interviews with law enforcement, prosecutors and in some instances the perpetrators, Hostin will continue her lifelong quest to give voice to those silenced by heinous crimes.  It’s something that has driven her since the age of seven when she witnessed a brutal attack on her father’s brother, her beloved Uncle Ed.

“[He] was my favorite uncle,” Hostin told reporters during a panel at the Summer 2019 Television Critics Association Press Tour.  “He was dating a married woman.  I was always his sidekick, and I loved and adored him -- much like other women did.  The three of us were there, and her husband ran into the kitchen and pulled out -- from what I remember -- almost a butcher knife and tried to stab my uncle to death in front of me, while I tried to shield him from that.”

Hostin’s uncle would survive the attack, although the emotional and physical scars he sustained would eventually take their toll.  “He was never the same after that,” she shared.  “He died a few years later from complications.  It's interesting, because I mentioned to my dad recently that [the] experience colored my life.  My father's response was, ‘You remember that?’  We never spoke about it again, which is, I think, oftentimes how victims of crime deal with it. It is not to be spoken about.

“What I remembered most was that this man was not arrested, he was not charged, and there was no justice,” she added.  “I remember thinking that that was wrong -- really, really wrong.  I think it's one of the reasons why I decided to be a prosecutor.  I held onto that experience and it colors the way I do everything, even the way that I parent.  I'm sort of one of those paranoid parents because I've seen so much violence and evil.”

Hostin, who also serves as an executive producer on the series, chose stories from small American towns, often with populations of approximately 500 people, where, to some, this could have happened in their own backyard.  “That's something I personally wanted to look for,” she said.  “We see all of these sensationalized cases but there are murders that happen right next door to us.  For women especially, domestic violence generally, unfortunately, leads to murder.  It's an epidemic.  There are women trapped in relationships they don't want to be in, and you never know what's happening to your very neighbor.

“We looked for cases where people don’t have voices, where families don’t have voices, and I wanted to give voice to those stories,” she continued.  “My goal, my life’s work, I think is to give voice to the voiceless.  But if there is a viewer watching one of our shows who says, ‘Wow, I feel like my friend is going through something like that, or I feel like my mom is going through something like that, or I'm going through that,’ if that causes that person to leave or [causes] that person to take action, then we've done our job.”

Truth About Murder is set to premiere Tuesday, October 22 at 10 p.m. on ID Investigation Discovery.