Is Broadcast and Cable Journalism Helping Trump Bury the News?

By Kent M. Harrington April 25, 2019 In the National Interest Archives 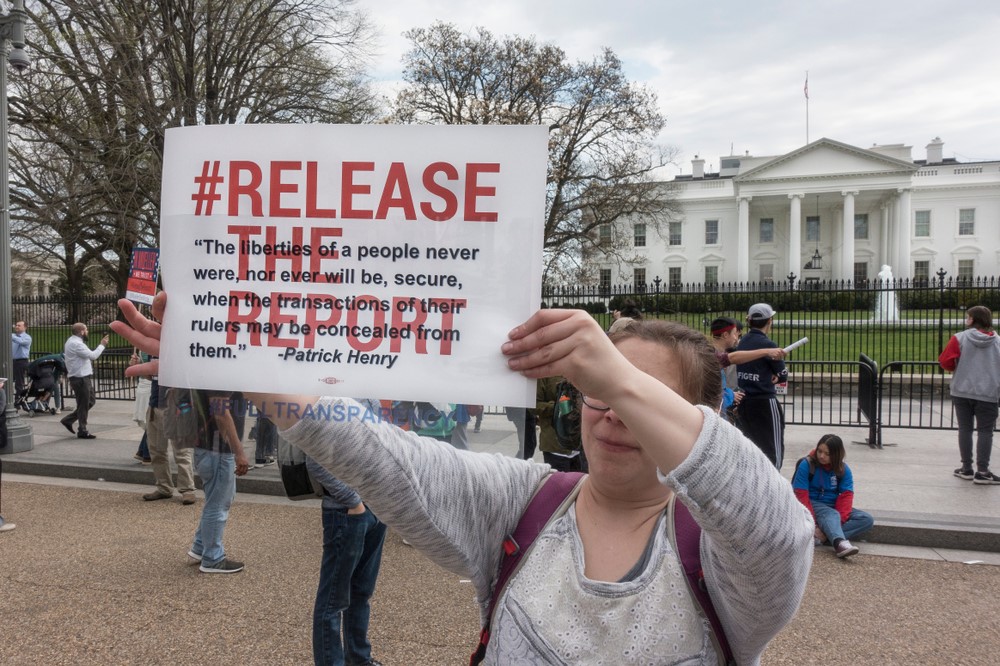 Attorney General Barr made a stab at stand-up with his press conference last week when he rolled out the Mueller report, but his attempt to mimic a classic from The Daily Show didn't come close to its star's old routine: Jon Stewart playing the news desk anchor, suddenly goggle-eyed, finger pointing and hollering, "Squirrel!"

Even if Barr didn't get raves as a comic, what the nation's Chief Law Enforcement Officer said about Mueller's report was noteworthy as a master class in the art of misleading.  The question is, now that the report is in hand, can President Trump keep it up to divert attention from what's inside?  When it comes to broadcast and cable news, the place most Americans go for facts and commentary, the history of Donald Trump's presidency provides the answer.  You bet he can.

To give broadcast journalism its due, its performance in covering Barr's remarks and the Mueller report's release was superb.  Barr's kickoff was intended to drive home a judgment about the findings before they were even in sight.  By explicating the differences between the text and his warped interpretation, the networks' journalists did a first-rate job in exposing the ploy while making the law and its distinctions understandable.  It was on-air news at its best.

Whether that quality will continue is the issue.  Barr's task, of course, was to officially obfuscate.  His script could only have been written in the Oval Office; its timing, coordination and peculiar legal judgments are evidence enough to make that case.  But even with Barr in their pocket, White House propagandists can only do so much.  As a drug abuse counselor might put it, peddling prevarication calls for an enabler.  Unfortunately, notwithstanding their excellent work last week, that's where the broadcast and cable news outlets come in.

Witness what is now dominating their shows.  Like beagles that bolt off the porch at the sight of a bushy tail, news producers, reporters and anchors are panting after anything with Mueller's name in the lead.  His 400-page report is an unprecedented story.  Serious digging into its contents will -- and should -- continue.  But if the last two years are any guide, print journalists primarily will do the job.  As for broadcast and cable, expect their so-called analysis to fill the airtime whether anything warrants commentary or even their viewers' attention at all.

To be fair, let's stipulate that the surplus of opinionating isn't the reporters' fault or a demerit for poor journalistic standards.  The world of broadcast and cable news is what it is: a business to generate ratings and, therefore, revenue by filling a 24/7 news hole with content that draws viewers and keeps them tuned in.  The symbiosis is obvious.  For Trump, bizarre tweets and bogus claims make news, diverting attention from his documented corruption, lying and dysfunction.  For broadcast and cable outlets, as partisan commentators debate reporters in their ubiquitous Jerry Springer routines, the spectacle draws audiences.  What's not to like?

For the country, however, the answer is, or should be, "a lot."  As breaking news about the Mueller report inevitably diminishes and the political, legal and almost certainly constitutional struggle over the presidency's integrity grinds on, the obsessive focus on opinion over fact will have a price: little, if any coverage of an administration failing at home and abroad.  Take reporting on Trump's record.  On air, it's scanty to non-existent, even in the 10 p.m. Sunday time slot, the TV version of the newspapers' "below the fold."

What are the majority of Americans missing from their preferred news source?  How about the story of a two-year-old administration overseeing two million employees and a $4.7 trillion budget, including management of several wars, that hasn't even bothered to staff up?  With barely half his nominees confirmed by a Republican-controlled Senate, Trump ranks dead last among his predecessors in filling key jobs.  At the Justice, Interior and Labor Departments, for example, only 40 percent of policymaking positions are filled.  Trump has no nominees for 150 -- 20 percent -- of the Executive Branch's 705 Senate-confirmed roles.

The implications of the vacancies in national security raise unsettling questions about who's in charge.  At the Defense Department, nearly a quarter of the policymaking positions are vacant, including the defense secretary and deputy.  A half-dozen other high-level policy-making posts are filled with "acting" officials.  The empty desks don't stop at the Pentagon.  Half of the State Department's top jobs have "help wanted" signs.  And among important U.S. embassies, Saudi Arabia, Turkey, Pakistan, Mexico, Egypt and Jordan lack ambassadors -- all crucial countries in regions where, Trump claims, his priorities top the agenda.

With the White House running a 66 percent turnover rate for senior staff, the Executive Branch vacancies and placeholders may well simply be par for Trump's course.  Nonetheless, their implications go without saying -- not only for the quality of decision-making and competency of the incumbents but also for the nation's security.  For broadcast journalists, covering a presidency in deepening trouble, Trump's failure to install the talent needed to manage national affairs shouldn't be a story that only their print colleagues are able to do.

Yes, leading the news 24/7 with the latest presidential profanity or petulant tweet makes for fodder to fuel endless speculation among the empaneled experts about their politics or what Trump's bizarre behavior portends.  But the crater that has replaced what once was the center of serious efforts to make policy and manage a coherent engagement with the world is filled to the brim with stories about White House incompetence.  It used to be news.  It can be again.