Is Funding the "Policy Mags" an Act of Charity?

By Erich J. Prince February 12, 2019 News on the Record Archives 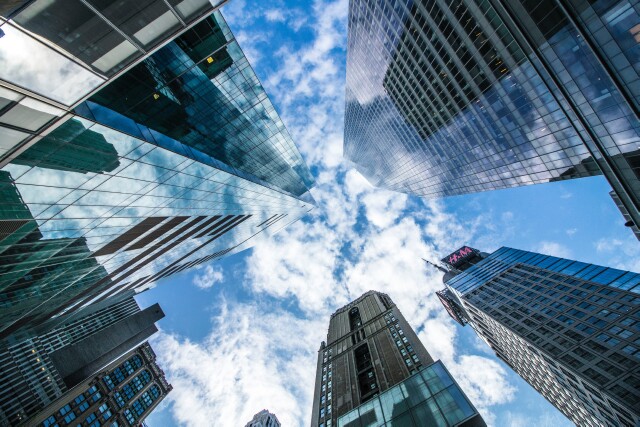 And so goes The Weekly Standard.  On December 14 its owner, Clarity Media Group, announced that the conservative magazine's December 17 issue would be its last.  Founded in 1995, with Bill Kristol, John Podhoretz and Fred Barnes at the helm, the magazine became extremely influential during the Bush years, being dubbed (as The New Republic was for Bill Clinton) the "in-flight magazine of Air Force One."  But as the commentator class has unanimously concluded, The Weekly Standard, which became the platform of the "Never Trumpers," lost its battle with the President and his supporters.  Clarity Media Group, in its press release, focused on the magazine's lost fight with the bottom line.  But, in the "policy mag" space, who hasn't struggled in that department?

The National Review has only been profitable for one year of its existence and never broke even during William F. Buckley's tenure.  The New Republic has been notoriously financially strapped.  And The Nation went 138 years without turning a profit.  But these publications, financially viable or otherwise, seem to have little trouble finding benefactors to support them.

Pierre Omidyar, the founder of eBay, established First Look Media in 2013, most notably promising Glenn Greenwald and crew $250 million to, among other projects, launch their flagship whistleblowing publication The Intercept.  With no illusions of making money off upsetting the powerful, The Intercept is organized as a non-profit.  Philip Anschutz, whose business interests have included oil drilling, railroads and Major League Soccer, owns Clarity Media Group, which acquired The Weekly Standard from News Corporation in 2009.  When it came to that particular holding, Mr. Anschutz couldn't have been unaware that The Weekly Standard had never been profitable, a piece of information that might have been betrayed by an estimated sale price of only $1 million.

Even the bigger names like The New Yorker have considered seeking out an altruistic patron when times got tough.  As Lillian Ross put it: "To keep The New Yorker from falling into the wrong hands, Mr. Shawn, the editor, considered reaching out to Warren Buffett to 'come to the magazine's rescue.'"

A particularly interesting story, though, is that of The New Republic.  Struggling to stay afloat, its editor at the time courted Chris Hughes, the 28-year-old former roommate of Mark Zuckerberg, who had made hundreds of million dollars through his stock ownership in Facebook.  An avid reader and believer in politically liberal causes, he signed on to buy the magazine in 2012.  Initially, its staff celebrated the young blood and new energy of their 20-something new owner.  And Mr. Hughes, at first, spent lavishly.  He opened new office spaces, moved the magazine's Washington, D.C., headquarters to a posh part of the city, hired design firms to outfit the new location with state-of-the-art furnishings and went around hiring every talented writer he could find.  For a while he was fine with spending freely with no "ROI" in sight.

But then he wasn't.  Mr. Hughes decided he was going to turn The New Republic into a business, after all.  He outlined plans for New Republic-branded coffee shops and stores, and he proposed organizing conferences to be hosted under the name of the magazine.  Perhaps most troubling, though, to many on the staff was his new-found push for catchier content, rather than the longform political writing for which the magazine was known.

Eventually, Mr. Hughes would fire the magazine's top editor to replace him with a digital strategist, as the focus became on clicks rather than deep-thought.  The day after the firing, "15 top editors ... and 13 contributing editors" resigned.  John B. Judis, a senior editor, summarized the exodus: "What made this different is that the firings were inextricably tied to Mr. Hughes' embrace of a new profit-driven model for The New Republic that threatened the vital role that it and other political magazines have played in American democracy."

Those who own these magazines exhibit various degrees of editorial control, but when the staff is concerned with idealism and the owners look for profits, sometimes the tensions boil over.  Perhaps that's the reason that headlines read: "The New Republic is dead, thanks to its owner, Chris Hughes" or "Chris Hughes broke The New Republic -- and my heart."  But the desire to turn these magazines profitable is very much there.  Mr. Greenwald of The Intercept, seemingly frustrated with the possibility of profit being written off entirely, argued, "We don't want to be a charity ... We need to figure out how to be self-sustaining down the road.  Whether that's ads or something else, we're going to have serious discussions."

But, for those who own the policy mags, the question remains as to whether they are investors or patrons.  It also invites questions as to the reading preferences of the general public.  There's a reason more general interest magazines such as The Atlantic (profitable for the past eight years) and The New Yorker (also turning a profit) have expanded their coverage into the more horse-race and scandal du jour topics.  Whereas, the policy mags have firmly resisted this shift.  As they used to say of The Weekly Standard, if you read about an event there, it probably happened two weeks before.

For those who choose to spend a portion of their fortunes sustaining the policy mags, one wonders how similar it is to supporting political candidates. But for many businesspeople in the media, the motivation seems more to be about influencing hearts and minds rather than turning a profit. When it comes to those like Mr. Anschutz who are clearly in the ideology business (judging by campaign contributions), when a publication gets too out of whack with the spirit of the times, the charitable contributions might run their course.