Is Online Media “A Market for Lemons”? 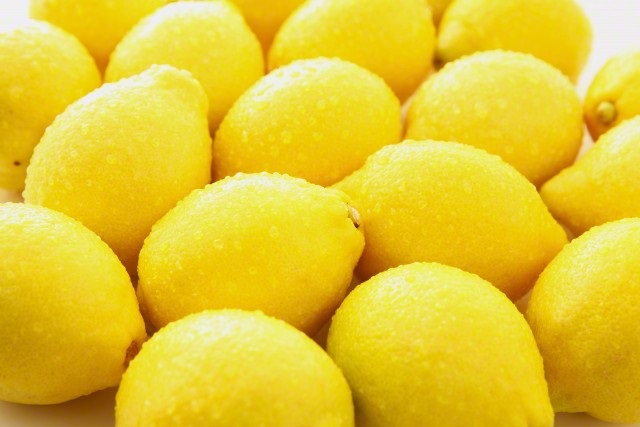 “[In a ‘market for lemons’] there is an incentive for sellers to market poor quality merchandise, since the returns for good quality accrue mainly to the entire group whose statistic is affected rather than to the individual seller. As a result there tends to be a reduction in the average quality of goods” -- George Akerlof, from “The Market for ‘Lemons’: Quality, Uncertainty and The Market Mechanism”

I recently read Akerlof’s paper Market for Lemons which earned him a Nobel Prize in Economics and while I have issues with some of his purported solutions to the problems identified it is worthwhile to apply much of his analysis to the online media market.

Akerlof used the example of a used car lot where cars on the lot are usually of lower quality (called “lemons”). He postulated that if you had a great car in perfect condition, you would not likely place it on a used car lot. Why? Because there are so many lemons in the lot and purchasers have a hard time telling the difference between “chalk and cheese” as the British like to say.

If purchasers cannot tell the difference between the quality cars and the lemon cars, they will treat the quality car as if it was a lemon … thus quality is driven out of the market. A seller can yell at the top of his lungs, “But my car really is better,” but few buyers can discern the difference. This shares similarity with another economic principle called Gresham’s Law where bad money drives out good money. That has in fact happened in the US where 90% silver coins minted prior to 1964 rarely circulate because people hold onto those and would rather spend the hybrid coins with copper in them post 1964. (A silver quarter minted from 1932-1964 is worth approximately $2.75 melted down and this is why you are not likely to buy a pack of gum with it.)

For those outside the industry, the buyers/purchasers in the media industry are marketers or advertisers (those who actually buy the banner space). I sometimes refer to them as the “suckers.” The sellers are websites, publishers, online ad networks and programmatic technology companies. I often refer to this collective as the “fraudsters.”

We are now ready to answer whether or not the online media market is citrus-like.

When media buyers purchase media, rarely do they know where their ads are placed or in what context. Have you ever succumbed to a click bait headline like, “20 Celebrity Photos You Won’t Believe” and then be treated to 20 slides of photo after photo? Each photo has advertising surrounding it and of course even below the fold has ads served.

Not only are those “below the fold” ads not seen by audiences (and paid for by sucker advertisers), but how valuable do you think those above the fold ads are next to the photo on say the seventh photo? The “value” is so close to zero, it is not worth calculating … yet some hapless advertiser spends money to purchase that garbage.

In another advertising scenario, have you ever read an article on your smart phone and scrolled with your thumb? Of course you have. And did you ever accidentally click on some link with a clumsy thumb that took you away from the article? Maybe inadvertently clicked on an ad? Now, what do you think that inadvertent click was worth to the advertiser?

“Few buyers can accurately assess” the quality of what they are purchasing. Sellers know what they are doing. Classic asymmetry of information.

This is almost rhetorical. If the buyer cannot tell the difference, why would publishers/media sellers go out of their way to sell quality impressions? Can they get a premium for it? The actual course for the industry is to commit fraud! It is estimated that 33% of all online ad impressions are fraudulent and this could only happen if there was an incentive to do so and buyers could not tell the difference. And what is the cost of fraud? Akerlof gives his answer:

“The Lemons model can be used to make some comments on the costs of dishonesty. Consider a market in which goods are sold honestly or dishonestly; quality may be represented, or it may be misrepresented. The purchaser’s problem, of course, is to identify quality. The presence of people who are willing to offer inferior goods tends to drive the market out of existence – as in the case of our automobile ‘lemons.’ It is this possibility that represents the major cost of dishonesty -- for dishonest dealings tend to drive honest dealings out of the market.”

One would think with today’s technology that this would be simple, right? Well, fraudsters also have technology. And since there are over 90 million active websites in the US alone, it is not practical to monitor the placement of every banner. Networks that cobble together the multitude of seller websites are not interested in monitoring either.

The Continuum of Quality and Buyer Expectations

Buyers are now clued into the fact that online fraud is a problem. So what many do is to factor in low quality and fraud into their media expenditures. This actually increases fraud over time. It is one way that sellers stay ahead of suckers by doubling down on fraud and low quality ad placements on pages. Remember, buyers cannot tell the difference between “chalk and cheese,” so sellers just serve suckers more chalk.

The online media ecosystem has a trade organization called the IAB (Internet Advertising Bureau) that develops “standards.” All but a delusional few know that this is a joke. Who subsidizes this trade organization? With 33%+ fraud, they are not a credible guarantor of quality. One way the industry has tried to further bamboozle the sucker/buyer is to lower the bar as to what constitutes “quality.” The details are more than what is necessary for this article. But suffice it to say, fraud rates continue to escalate.

I think after reviewing Akerlof’s paper it is clear that the online media market is indeed a “Market for Lemons.” This market is propped up by billions of dollars of sucker VC money that is put in the hands of sucker media buyers and put into the coffers of fraudsters. This “market for lemons” becomes eminently clear to anyone spending their own money to purchase banners. With OPM (Other People’s Money), the lemon market will continue to grow.

Is there a way out? The answer is a qualified “yes,” but that must wait for the next missive.