After the controversial end of The Tonight Show with Conan O’Brien in January 2010, many late night talk show fans were wondering what Conan was going to do next. In April of 2010 he announced that he was going to be the host of TBS’s new late night talk show, which was cleverly named Conan. The show debuted in November 2010 with the highest ratings for all talk shows, however the ratings dropped after two weeks but have remained consistent.

Advertisers need to know what Conan viewers are purchasing in order to justify the spend given the ratings drop. With TRA’s StoryFinder™ report, advertisers are able to see if Conan is the right place to spend their media dollars and if they are reaching their intended target groups. In this case, Floor Cleaners, Energy Drinks and Hair Coloring ranked in the top five among category purchasers in both 4Q’10 and 2Q’11. This information shows advertisers how to re-allocate their media plans to environments that offer them the richest concentration of their purchasers which will increase their return on investment. For more info, please visit www.traglobal.com. 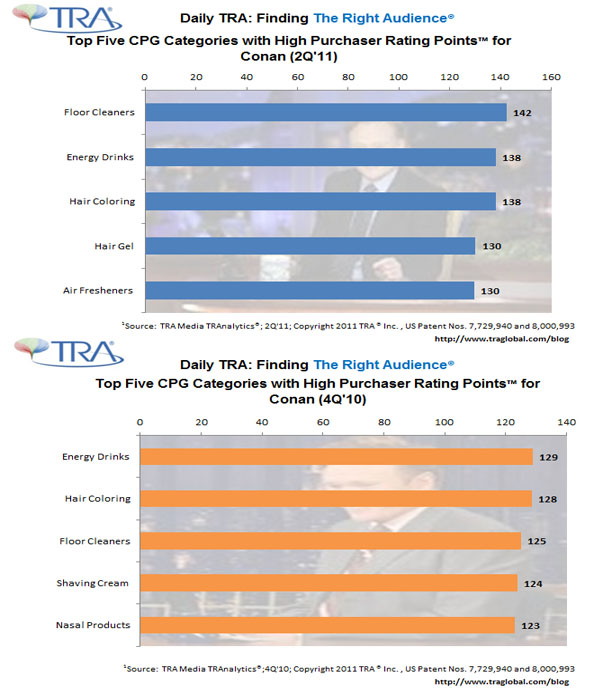