Is the ITV Era Finally Upon Us? 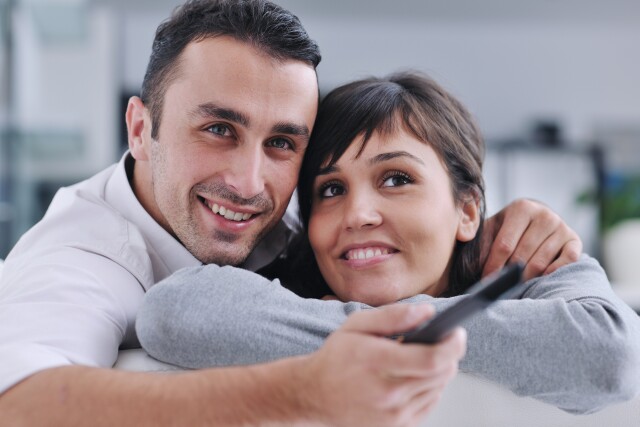 We're starting the second half of 2016 with this certainty:  The American public has embraced an environment of watching what they like on television via smart sets and smart TV-compatible devices. Now it's time to ask: Are we also finally entering the era of interactive TV? After decades of stops and starts due to factors economic, technological and/or operational, are we finally off to the races with mass ITV adoption?

Signs are all around we should be. At least half of all U.S. television households now operate a smart or connected set, or devices like Roku, Chromecast, Apple TV, Shield and Amazon Fire TV, or both. Recent studies indicate viewership of Web-transmitted services through these devices is rising. Many participating Digital Content NewFront companies acknowledged in public (including, for the first time, YouTube) that a growing segment of their audience watches via smart TV sets and devices.

Every smart TV and most smart devices allow users to play games, order merchandise and transact in numerous ways.  Apple TV has more than 6,000 applications to work with since the current version was introduced last October, including such services as AirBnB, Zillow and Gilt Group, and virtual reality showcase Littlstar. Shield from NVidia has more than 100 Android-formatted games in its catalogue. Amazon Fire customers can book trips via Orbitz, and read e-books on the set with help from Alexa.

Interlude, a company with investments from Sony and venture capitalists, is developing TV series in which the viewer can direct the storyline or characters at various points with a flick of a remote, smartphone, tablet or touchscreen. One Interlude effort is a revival of "The Twilight Zone" co-produced with CBS.

With increased capacity and capabilities, the ITV adoption outlook should look bright.  Why, then, are the key companies in position to drive this marketplace playing possum? Why are organizations able to showcase this marketplace ignoring it?

It is time to get answers and shift gears ... fast.  If this keeps up, this marketplace runs the risk of ending up the way predecessors did before ... in a graveyard of failed enterprises.

Apple CEO Tim Cook declared last fall that apps are "the future of TV," urging his company's development community to go beyond video-transmitting apps, as in AirBnB, games and commerce offerings. Yet, at Apple's latest worldwide developer conference last month in Silicon Valley, what was highlighted during their worldwide-transmitted keynote? A new video app or two. Nothing on innovative, envelope-pushing apps. What's more, Apple has yet to hold an event anywhere which brings press and developers together to show off new apps. And last week, Eddy Cue, Apple TV's overseer, blew an opportunity to update developments in a Hollywood Reporter interview.

Amazon Fire TV and Google also keep a low profile on their ITV activity. Amazon issues very few press releases on Fire TV, and when they do they ask reporters to call a media hotline, rather than attach a name and phone number on the release. In this journalist's experience, hotline calls are never returned, and like Apple, Amazon has yet to do a major press showcase on Fire TV. As for Google, news continues to be filtered through blog posts, rather than press releases available to anyone.

As for technology-centric events where reporters learn the latest developments and pass the news on to readers, smart TV/devices are nowhere to be found. For the second straight year, CE Week's conference program (held last month at Metropolitan Pavilion here in New York) failed to present a single panel on the smart TV/device movement and/or its interactive side. Just four years ago, CE Week devoted more than half a day to the topic. There is one word for this: inexcusable.

Separately, Pepcom's latest New York exhibition did not feature a single smart TV or smart device exhibitor. However, there were several app providers (including Capital One and Mastercard) who acknowledged they were working on smart TV/device versions of their smartphone/tablet apps. Mastercard, in fact, demonstrated a grocery commerce service using a Samsung refrigerator. Why isn't Samsung creating a similar smart TV app?

Are we in the Interactive TV era at last? We can be, given that the American public may be in the best mindset ever to go ahead and interact. However, we won't be if the public doesn't see or hear for themselves what's happening. It’s time for Apple and fellow technology players to come out of their shells and tout what they're doing. It’s time for organizations like Pepcom and CE Week to raise the attention level by having smart TV/device exhibitions, panel discussions and cutting-edge app demonstrations. And it is time for all journalists, be they general assignment, entertainment or tech-centric, to cover what's current and ahead for this marketplace more thoroughly than before.