Is the Press Prepared for the Possible Easing of Partisan Tensions? 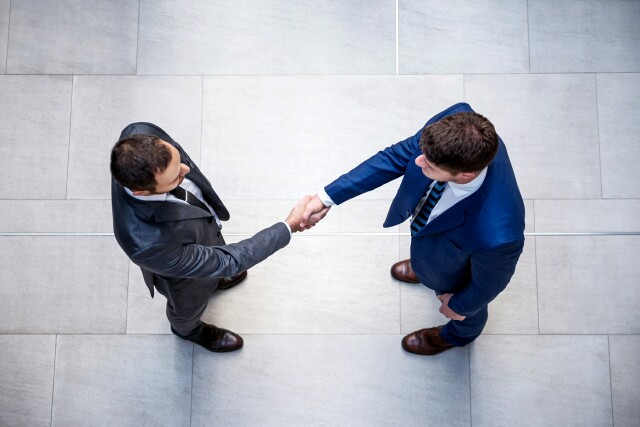 When it comes to polarization, perhaps the tide is finally turning.  It’s likely no coincidence, for example, that many of the tributes to John McCain gravitated towards stories of reaching across the aisle or showing civility to political opponents.  It was a similar theme echoed by Joe Biden speaking earlier this summer in North Carolina when he stressed to the audience that even his most conservative adversaries, including Jesse Helms, deserved both respect and an open mind.

Even though gridlock still dominates both Capitol Hill and America at-large, the harbingers of de-escalation are beginning to gather. Voters are paying attention to the hushes that perhaps a 2020 fusion ticket between Republican John Kasich and Democrat John Hickenlooper would shake-up the partisanship.  Twenty Democratic candidates competing for House seats in November have been taking a more centrist approach and even publicly denouncing their party’s leadership.  Is it time the press gets itself ready for the possible easing of partisan tensions?

Sometimes when we're in the thick of things, the tendency can be to expect that they'll go on forever. Whether it’s the stock market or a basketball player’s shooting streak, it can be hard to internalize that trends so often reverse.  So, despite the pundits acting as if polarization is a uniquely modern occurrence that will continue to shoot upwards indefinitely, the simple fact is that polarization, like so many phenomena, has ebbed and flowed at various points in time.

The 1910’s was a period of high polarization, for example.  The 1930’s through the 1950’s, thanks to the so-called “conservative coalition,” tended to keep the two parties somewhat grounded.  Then, for various reasons, things started to go off the rails in the 1990’s.  Now, we’re awash with facts and figures reciting the number of Americans who believe the other party is a threat to the country or what percentage of Americans dread the idea of their child marrying someone from the other side.

The past decade gave us polarized responses to the Obama presidency, the Tea Party and the election of 2016 and dramatic displays of partisanship in city streets and the halls of Congress.  But today, we’re hearing more from organizations aimed at promoting compromise, from Joe Lieberman and No Labels to Better Angels to Unite America.  Also, moderate Democrats like Clarke Tucker and Conor Lamb are gaining steam in primary races and winning special elections.  And, on the Republican side, elected officials such as Ben Sasse are making it known that they won't roll over for President Trump.

But how is the media responding to these rumblings of ebbing gridlock?  Right now, by continuing with business as usual and doubling down on the divisive content.  All the while, only 32% of Americans are professing their confidence in the media, and 72% say that "traditional major news sources report news they know to be fake, false or purposely misleading."  The Reuters Institute reports that the United States has some of the most polarized media in the world, and John Boehner stressed to Politico Magazine that, “modern-day media, and social media” are at the heart of the partisan division.

Although the partisan content may sell to some segments of the population, a Gallup poll last month registered 42% of Americans identifying as independents, a full 15 points higher than the number identifying as Republicans (and 16 points higher than Democrats).  This is an increase from the 39% of Americans who called themselves independent in 2016.

With the approval ratings of the two main parties continuing to slope downwards, it’s not surprising that John McCain, Joe Biden, No Labels and the politics of civility are resonating as they are.  Yet, the combative interviews, divisive headlines and incessant harping on division continue on the part of the press.  The coverage of McCain’s death was a shining example.  The media most wanted to discuss if the White House flag was at half-mast for long enough, the President’s absence at his funeral, or a couple of sentences in his daughter’s eulogy.  Forget about Biden’s, “I'm a Democrat, and I love John McCain” speech or even the kind words of tributes offered by liberal stalwarts like Pelosi and Schumer.

However, some publications are looking to get out in front of this potential shift -- or at the very least provide an alternative to the divisive sound bites.  Whether it be Arc Digital, Quillette, Areo Magazine or my publication Merion West, online outlets are pushing back against the partisan echo chambers.  At Merion West we are overwhelmed by notes from readers telling us how much they appreciate an earnest commitment to representing all sides.

With all due respect to those such as Jane Mansbridge and her Washington Post op-ed proclaiming that "... polarization is here to stay," a quick look at history tells us to expect otherwise.  As the political realm starts to warm up to moderates and tires of the gridlock and name-calling, will the media take this opportunity to anticipate a rediscovery of the center?  Instead of hunkering down and continuing to prove John Boehner right, perhaps this is the time to start moving away from the extremes.  It seems, after all, that many Americans have already started on that journey.