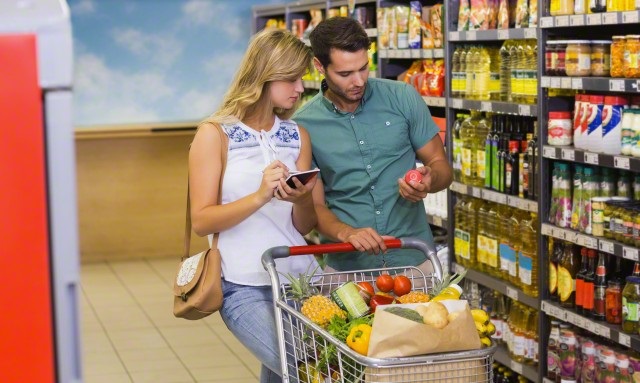 Big Food has a bellyache, and it's giving Madison Avenue a migraine. The problem for the nation's packaged-food giants is that consumer tastes are changing faster than they seem to be capable of keeping up with.

Shoppers who increasingly want fresher, more natural and less processed foods with fewer preservatives or artificial ingredients are wheeling their carts past the mainstay pantry staples that Big Food has been hawking since the days when Ritz sold housewives on whipping up a dish called Mock Apple Pie -- yep, apple pie without apples.

Or, to rephrase a saying from the "Mad Men" days, it's harder and harder to get the humans to eat the human food. That means indigestion for those who benefited from the billions of dollars spent each year on advertising, marketing and promotions by Big Food stalwarts such as Campbell Soup, ConAgra, General Mills, Heinz, Hormel Foods, Kellogg, Kraft, Mars, PepsiCo, Smucker and Unilever. The huge profits Big Food made peddling prosaic products -- money shared with agencies and media outlets -- kept the gravy train on track for decades, but the end, it appears, is nigh.

Big Food is "really going to face some challenges going forward," Lucie Greene, worldwide director of the Innovation Group at J. Walter Thompson, said in an interview after a recent presentation at the agency's New York headquarters on food and drink trends.

Consumers are telling J. Walter Thompson Intelligence that they believe "Big Food is not acting in our interest," she added, which is especially worrisome at a time when consumers -- particularly the members of the prized Millennial demographic group -- "are prioritizing food as a key category to spend money on."

One issue is that, thanks to the Internet and social media platforms, "people are really connnecting the dots," Greene said, and are more readily able to figure out what goes into their food and where it comes from.

That's also giving shoppers the opportunity to track down "niche brands" that compete against the familiar fare in Big Food's larder, she added, which in the past may have been difficult to find. The result is a more level playing field for, say, the ketchup, mustard and mayonnaise made by Sir Kensington's, a brand billed as "more refined because it's less refined."

Another way that out-of-the-mainstream brands are getting a boost against Big Food: They're being embraced by retailers trying to address how fast shopper preferences are shifting. For example, the first three pages of a Target circular last month were devoted to "Better choices for all, a collection of products that are organic, non-toxic, non-GMO and more." Among the niche brands featured were Angie's, Annie's, Ben & Jerry's, Cascadian Farm, Ella's Kitchen, Evol, Happy Family, Kind and Plum Organics.

Those who attended the J. Walter Thompson presentation were able to sample such niche fare as no waste salad, with ingredients like broccoli stems; four kinds of pickles, including watermelon rind and mustard seed; cold-pressed juices; and bacon fat-washed Bloody Marys. (The best offering was, of course, the union of vodka and bacon.)

Maybe it's not too much of a stretch to liken Big Food to traditional television and to compare smaller, niche brands to the streaming upstarts that are disrupting Big TV, among them Amazon Prime, Hulu Plus and Netflix. Just as traditional television isn't dead, neither is Big Food, but both certainly are confronted with an imperative to adapt or face the consequences.

Here's a warning for Big Food as it searches for answers: Think twice about a strategy of co-optation that many firms are resorting to -- a.k.a., if you can't beat 'em, join 'em by having 'em join you. For instance, among the "better choices" on sale in that Target circular, Plum Organics is owned by Campbell Soup, which also purchased the popular niche brand Bolthouse Farms, while Annie's and Cascadian Farm are part of General Mills.

Woe to any Big Food behemoth that screws around with the smaller brand it acquires! Another effect of the Internet and social media is that consumers can share opinions about the products they buy -- and complain to the world if they feel a Big Food parent is hiding its ownership of a niche brand or, worse, is changing the formula so it's no longer authentic.

Ask Anheuser-Busch InBev, which wrecked Beck's beer by tampering with the recipe when it moved the brewing from Germany to the United States. Drinkers noticed the difference and demanded refunds, which the company is providing through the settlement of a class-action lawsuit.

That's why, Greene said, she advises "ultra-transparency" as the best policy.

It's certainly food for thought.