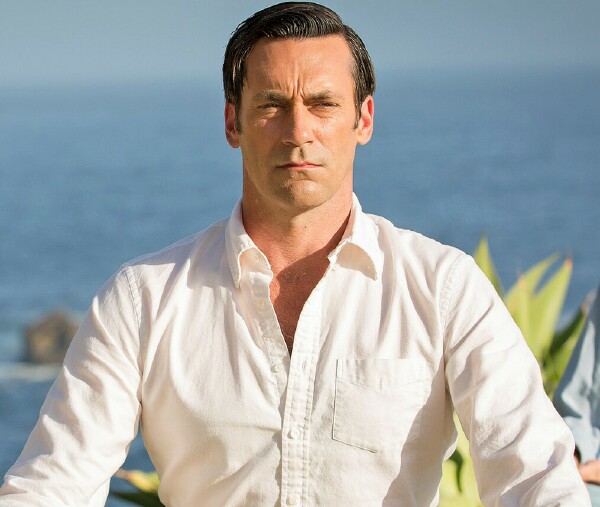 At the end of the Orson Welles movie "Touch of Evil," a character played by Marlene Dietrich offers a benediction of sorts for Welles' character, a corrupt cop. "He was some kind of a man," she declares in a world-weary voice. "What does it matter what you say about people?"

At this point, what does it matter what you say about "Mad Men"? By now, the AMC drama series, which concluded its run on Sunday, has been put under more microscopes than all the frogs in high school biology. As the finale neared the coverage in print and online built to a frenzy that, aided and abetted by social media, made the departure of "Mad Men" loom like a mash-up of the farewells for "Friends," "Seinfeld," "The Fugitive," "Cheers" and, of course, "M*A*S*H."

I'm certainly not complaining. If you're looking for someone to blow the whistle on "Mad Men" mania, to call for perspective or proportion, look elsewhere. After all, in my final years as the advertising columnist for The New York Times, "Mad Men" gave me more grist for my mill than a thousand -- nay, ten times ten thousand -- agencies put together.

There was absolutely no way to foresee that when, on April 21, 2006, I visited Stage 9 of the Silvercup Studios in Long Island City to watch a scene being filmed for the hour-long pilot of "Mad Men." The scene was, by the way, the one in which John Slattery, as Roger Sterling, describes a candidate for president in 1960 as "young, handsome, beautiful wife, Navy hero," then delivers the switcheroo: "Honestly, Don, it shouldn't be hard to convince America Dick Nixon is a winner."

(It was one of the many delectable touches that made "Mad Men" so special that by the end of season six the series reached November 1968 when, indeed, a phalanx of image-makers who included Roger Ailes convinced America of just that.)

As someone who not only writes about advertising but whose hobbies include nostalgia -- especially vintage ads -- it was as if, after a bender worthy of an agency chief of the "Mad Men" era, I had passed out and dreamed up Matthew Weiner and his interest in Madison Avenue. (I'm thinking of bronzing my copy of the pilot script, dated April 3, 2006.)

Advertising was "the sexiest job of the period," Weiner told me during an interview on Stage 9 on that day more than nine years ago. He went on: "Some people think money is our national religion. I think it's selling, and it's beautiful, and we do it better than anyone."

Those remarks were part of an article about "Mad Men" and its prospects at AMC that I wrote for the Times, which ran on May 30, 2006. If AMC "agrees to pick up 'Mad Men,'" I reported, "it would begin as a weekly series in 2007." As they say, the rest is history. The green light came three months later, followed by a sponsorship deal with Jack Daniel's. And the pilot I watched being filmed was shown as the series' first episode, on July 19, 2007.

Advertising wasn't very sexy then, beset by problems with procurement and how to make money from digital media. But "Mad Men" has helped bring back some of its swagger, which has been useful in recruiting the Millennial generation that agencies need to reach as they battle for talent with Silicon Valley and other centers of dot-commerce. Annual events like Advertising Week raise the industry's profile, but "Mad Men" has injected a meaningful measure of mojo.

The American Association of Advertising Agencies (4A's) ought to take out ads thanking Weiner and AMC for their contributions to the business, especially in getting people outside advertising to talk about advertising again. After all, has any other TV series ended its run not with the principal characters onscreen in the final moments but with a singing commercial?

Still, for all that seven seasons of "Mad Men" have accomplished for Madison Avenue, there's no one in advertising on the Time list of "the 100 Most Influential People" for 2015. And Ben Smith, the influential editor-in-chief of BuzzFeed, wrote in a recent email, "I don't think advertising and marketing are particularly interesting topics in general ..."

Maybe the 4A's could inveigle Weiner into producing a sequel. "Better Call Joan," anyone?