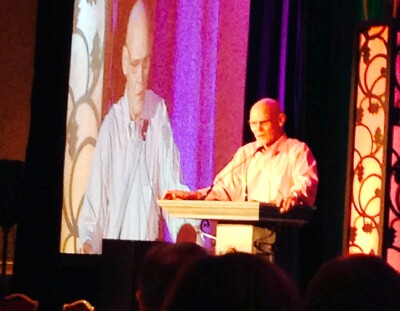 The annual American Association of Political Consultants Conference was held in New Orleans two weeks ago. The event is the only national gathering of top political consultants, NGOs and political agencies in the country. A wide range of professionals from local to national races attended. The event includes all parts of the political spectrum. The 2016 Presidential campaign is expected to break all prior election spending records. It is the first major election where digital media will play a major role in all campaigns.

How will the 2016 Presidential campaigns unfold?

The 2016 political season is in the early stages of formation. The Iowa primary is ten months away (see tentative schedule below). The likely Presidential candidates on the Democratic side include Hillary Clinton and Elizabeth Warren. The Republican field today includes Ted Cruz, Jeb Bush, Scott Walker, Chris Christie, Rand Paul and Marco Rubio. The candidates that raise the most amount of money from donors will have an early advantage but it is the ground game that matters most. Candidates with solid statewide organizations backed by motivated supporters will make a big difference. Candidates will focus on Iowa and New Hampshire first along with Florida and other “must-win” states.

Here is where we are today. As of this writing, Ted Cruz is the only declared candidate but others will soon follow suit. Most candidates will build their organizations, hone their campaign messages and to continue fund raising during the balance of 2015.

Political guru James Carville (pictured above) offered a three-point plan for success at the American Association of Political Consultants conference for the 2016 Presidential campaign:

1. Don’t think that you are a genius about setting a strategy; it is getting people to buy into it.

2. Trying to get the candidates to say less, not more.

3. The reason tops the technology. Social media without a reason does no good.

How can your media company participate in the Presidential campaigns?

You should create a political specific presentation/value proposition designed for political agencies, political consultants, Hispanic agencies, strategic partners and NGO’s. Media companies should meet with these groups to collect additional insights and identify the top operatives in the Presidential campaigns. The period from April to August is when the campaigns will acquire talent and build their organizations. The candidates will test campaigns in late summer or early fall for the 2016 primaries. In addition to outreach to the Presidential candidates, targeting PACs for 2015 is a sound strategy.

Read all Dan's MediaBizBloggers commentaries at Consumers in Motion.