It's Not Just A. Weiner: The Danger of Carlos Danger 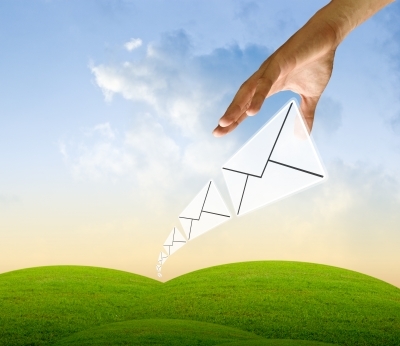 The tragicomedy that is Anthony Weiner's life has made everyone a comedian. There is seemingly no end to the puns, double-entendres, and schoolyard humor that his recent behavior has inspired. At this very moment, I am doing everything I can to restrain myself.

That said, there is something very important missing from the coverage of Mr. Weiner's truly unfortunate conduct: He is not alone.

Twitter and Y-Frog, the first technologies that empowered Anthony Weiner to damage his reputation to the point that he was forced to resign from Congress, is so woven into the fabric of our lives that most people do not stop to think about how it works, or what the consequences of misuse might be.

On any given day, you can read millions of Tweets that are ill-conceived and would be deemed inappropriate in almost any other manner of social intercourse. But, because Twitter allows users to be anonymous, people will literally leave no thought unuttered. More to the point, emboldened by physical distance from the intended target, social media tools provide means and, in some cases, motive to do great harm.

So what can we learn from Carlos Danger, Anthony Weiner's current nom de plume?

In Mr. Weiner's case it seems that Carlos Danger was more than just a screen name, it was his alter ego. Now, alter egos are not always a bad thing... when Brian Warner becomes Marilyn Manson and makes us question the boundaries of our anger and our sexuality, everyone applauds -- so too when Stefani Germanotta presents herself as Lady Gaga and poses nude for V Magazine. So what is it about Anthony Weiner's presentation of self as Carlos Danger that makes us assume he's addicted to sexting and a pervert?

The question is rhetorical and the answer is simple – context. We don't expect a Congressman to act like that (so he's no longer a Congressman) and we certainly don't want someone who lied to us about his indiscretions pretending that he can be trusted to be Mayor of New York City.

But, maybe there is a bigger lesson we can learn from Carlos Danger? Maybe this is the right time to examine how technology is empowering remarkable changes in our behavior, and what we should do about it?

To start a dialog on the bigger issue, simply look at how powerful our personal digital filters have become (they literally allow us to blanket ourselves in the comfort of "only" the information we want to hear, the way we want to hear it) and how empowered we feel when we egocast or facebrag. In 2013, everyone is a publisher and everyone has the power to reach over 2.2 Billion people directly via the public Internet (and the rest of the civilized world indirectly).

Have you ever taken a picture or made a video of something you should not have? If so, get ready. If it is online, if it's stored on a remote hard drive (in the cloud), you can rest assured that it is going to be one day. Even if you take a Polaroid and put it in a safe, when you die, someone is going to open the safe, scan the picture and put it online.

So what can we learn from Carlos Danger?

Lesson 1 from Carlos Danger: If you don't want someone other than the intended viewer to see the picture, don't take it.

Lesson 2 from Carlos Danger: Snap Chat and Poke do not destroy your pictures and videos after they are viewed -- no matter what anyone tells you. Give me your phone and I will show you the content you think has been deleted.

Lesson 3 from Carlos Danger: All Tweets are out of context, always! If you would not say something directly to someone's face, don't post it on social media. Inflection and grammar do not exist in 140 characters of text. Your original Tweet is not in context, so it can never be taken in context.

Lesson 4 from Carlos Danger: Skype, FaceTime, Webcams and Video Chats are not even close to private. If you're playing a high tech game of, "I'll show you mine if you show me yours," you're almost guaranteed to be showing everyone yours.

Lesson 6 from Carlos Danger: You can lie about what you've done online, but the truth cannot be hidden, ever.

Lesson 7 from Carlos Danger: There is absolutely no reasonable expectation of privacy in the 21st century... none.

At some point we will all learn that the Golden Rule is an awesome way to comport ourselves online. But that day is very far off. So, in the meantime, heed the lessons of Carlos Danger... because "Danger" is his last name!