It's the Contract, Stupid! 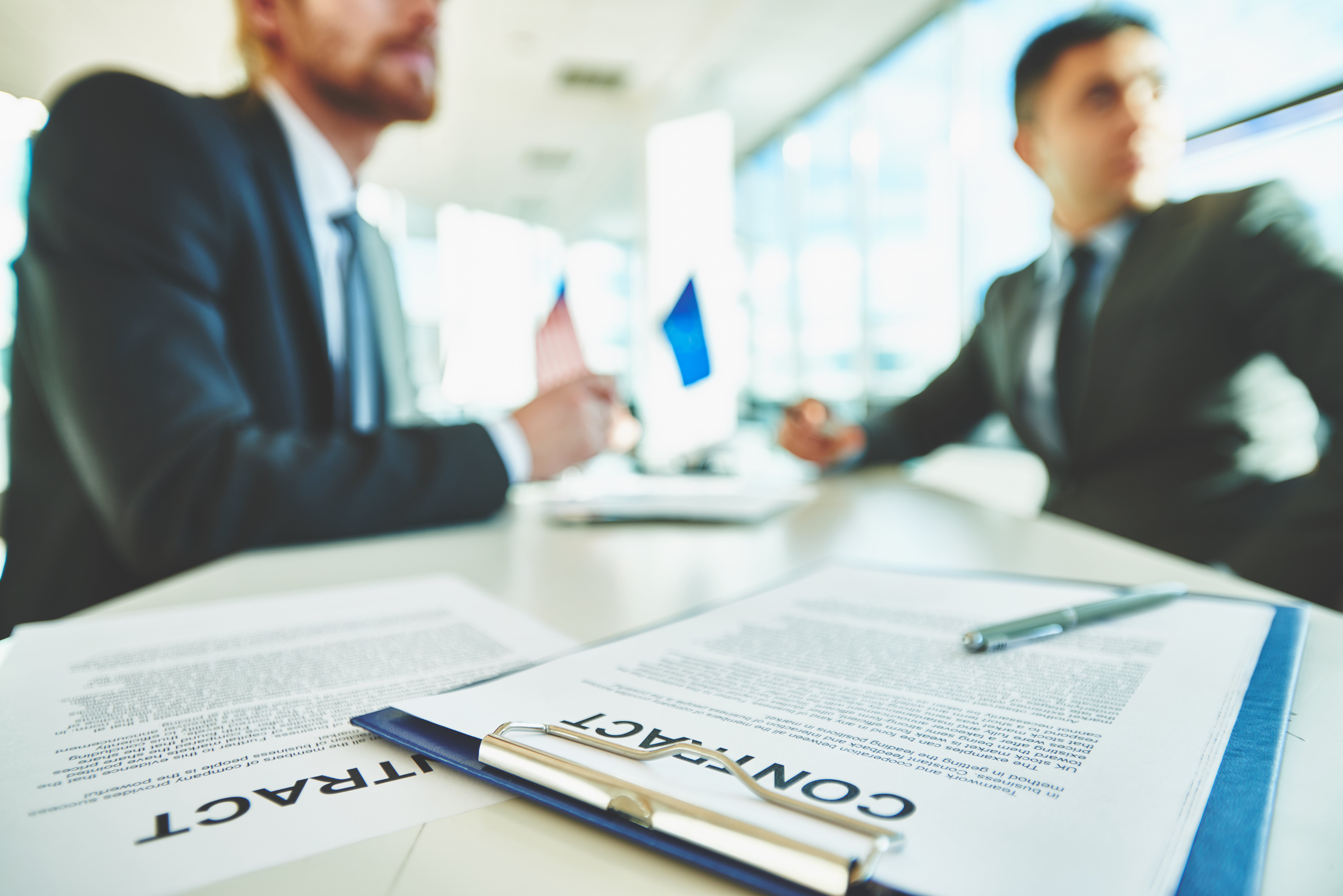 Back in 1992 the phrase "It's the economy, stupid!" became a slogan for Bill Clinton's successful presidential campaign against incumbent President George H.W. Bush.  The advertising industry was in a simpler place in 1992 than it is now; most advertisers paid their agencies by commission, the Internet was not yet mainstream, media unbundling was in its infancy and agency relationships were much less complicated.

But times have changed. In 2016, "It's thecontract,stupid!" could be one of the slogans coming out of ANA's work on transparency.

In June, K2 Intelligence issued their report, commissioned by ANA, titled, "An Independent Study of Media Transparency in the U.S. Advertising Industry."  A key finding was that there is a fundamental disconnect in the industry about the basic nature of the advertiser/agency relationship.  In general, advertisers expressed a belief that their agencies were duty-bound to act in their best interests. They also believed that this obligation, essentially a fiduciary duty, extends beyond the stated terms in their agency contracts. While some agency executives expressed similar beliefs, others told K2 that their relationship to advertisers was solely defined by the contract between the two parties.

K2 Intelligence found evidence of situations where media agencies sought to avoid explicit contract language in order to preserve their ability to retain various types of incentives. The K2 report also showed that many advertisers have contracts that are unsigned by the parties, contain ambiguous or "gray" areas and have not been adapted relative to the rapidly changing media landscape.  Other findings revealed that many contracts contain opt-in agreements that limit advertisers' rights and have inadequate audit/review rights as well as inadequate enforcement of audit/review rights. 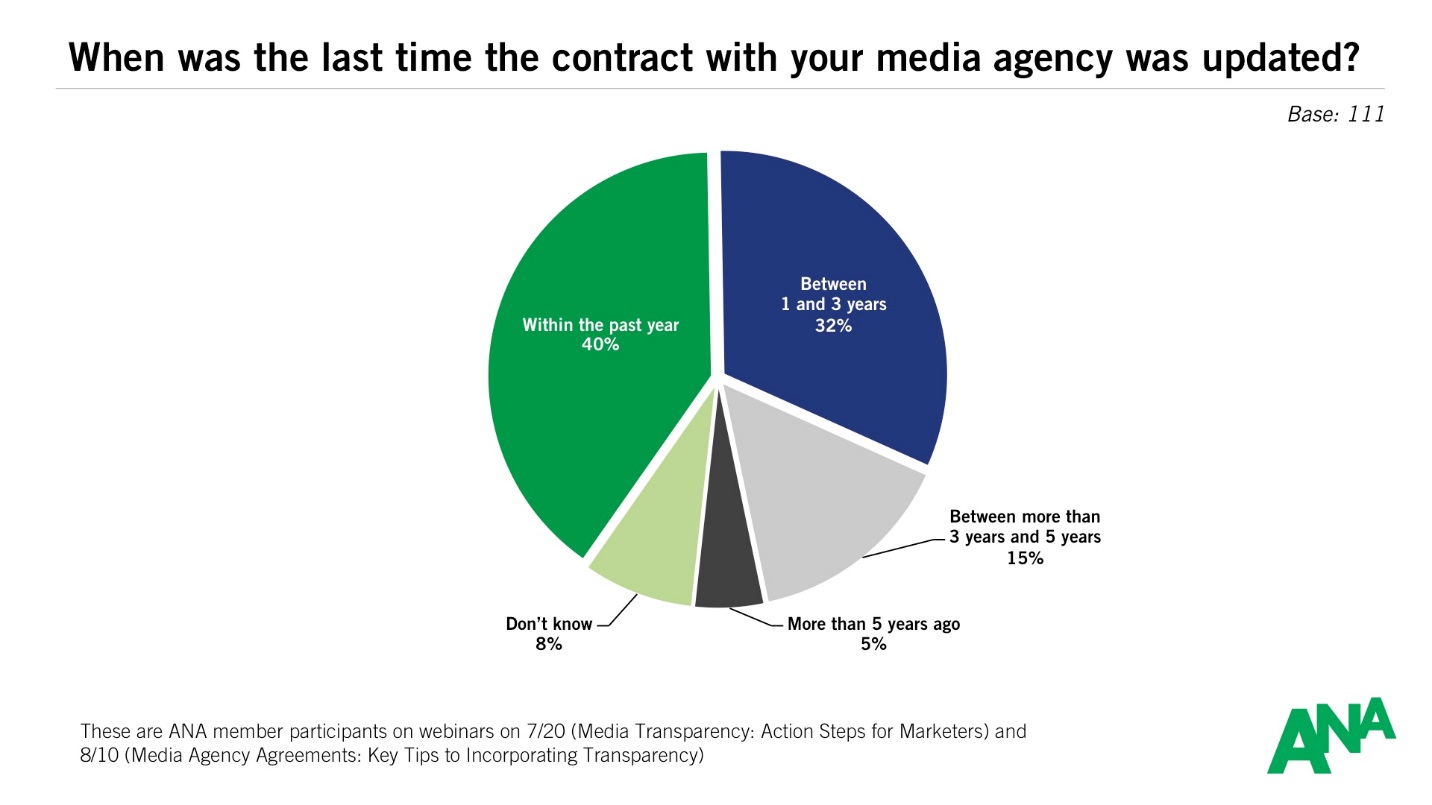 Given these shortcomings, the ANA and Ebiquity/FirmDecisions crafted the report "Media Transparency: Prescriptions, Principles, and Processes for Advertisers." This provides a framework to help advertisers and agencies address transparency issues identified in the K2 Intelligence study and emphasizes the importance of the contract (often referred to as the "master services agreement") since the contract defines the commercial relationship between advertiser and agency.

The report recommends that advertisers immediately and consistently re-examine all existing media agency contracts and meticulously review all terms and conditions.  It also suggests that marketers use an expert, independent third party to provide insight and contractual expertise to optimize transparency, upgrade reporting and analytics, and substantially expand audit rights, if necessary.

Advertisers need to consider the functions to include in contract negotiation and execution. These should likely include finance, procurement, media, and legal counsel (internal and external). The advertiser/media agency contract should have the right balance between flexibility and financial and operational transparency. It should contain specific provisions which set out the requirements for transparency.

The ANA, in conjunction with its General Counsel, Reed Smith LLP, has developed a media agency Master Media Planning & Buying Services Agreement which can be used by advertisers in developing their own agency agreement. The template was adapted from work originally done by ISBA (the Incorporated Society of British Advertisers) and its legal counsel Fieldfisher.

The template can be found here.

"It's thecontract, stupid!" Advertisers are strongly encouraged to review their existing contracts with agencies and consider the advice in the ANA and Ebiquity/FirmDecisions report to update those contracts.