iTunes Radio, Spotify, Pandora or iHeartRadio: Which Streaming Music Service is for You? 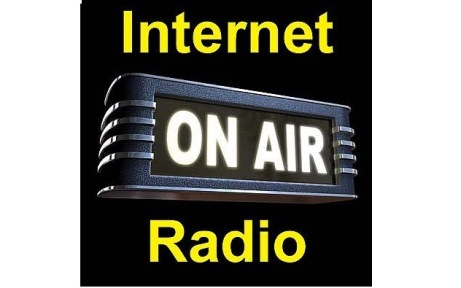 When Apple unveiled iTunes Radio, it jumped into a saturated market: music streaming. Much like the options you have when you want to watch a movie or TV show online , there are many places you can go to get your Radiohead fix. But not all music services are created equal, and they don't all have the same goals. From Pandora to Spotify to iTunes Radio (and everything in between), which are worth your time, money and ears?

If you've been impressed with the Genius feature of iTunes, you're going to love iTunes Radio. If you've never used Genius before, it's a really simple "music discovery tool" (a key phrase for many of these music services) that can build automatic playlists and find new music based on the artists, albums and tracks you like the most. Based on how often you listen to certain music in your iTunes library, iTunes Radio takes your tastes into account and plays tracks that it thinks you'll like. iTunes Radio is launching this fall for free for everyone, and will be supported with text and audio ads. If you pay $24.99 for an annual iTunes Match subscription, you'll be exempt from all ads. What's nice about the service is that you can skip tracks (hey – not every suggestion can be a winner) and, if you really love a song, each track has a "Buy" button in the corner of the screen that will prompt an immediate download. iTunes Radio will be available on iPhone, iPad, iPod touch, Mac, PC and or Apple TV.

Pandora is very similar to iTunes’s Genius feature (or, vice versa depending upon who you ask). Based on the Music Genome Project, Pandora’s team of music experts have analyzed up to 450 musical characteristics of millions of songs to provide you with the best customized music experience. Pandora lets you create and manage up to 100 “stations” based on an artist, song or genre, and then lets you tinker with them to get exactly the feel you want. Like iTunes Radio, you don’t have control over what song you hear next, but you do get to control the type of “station” you're listening to. The free version of Pandora is ad-supported, but for four bucks a month (or $36 a year), you can sign up for Pandora One. One removes external advertising, and gives you access to the Pandora desktop player app, more song skips, access to higher quality audio and unlimited listening time across all devices. Pandora can be downloaded on iOS, Android, BlackBerry, Windows Phone, Nook and Kindle Fire devices, has made its way into over a dozen different automotive manufacturers’ cars and onto dozens of connected devices in your home. Around since 2000, Pandora’s been in the music streaming game longer than most other companies out there, and the service is arguably better now than it has ever been. If you want an easy and free way to listen to music, Pandora is a great fit.

The best part of Spotify is that you can (essentially) treat it like an iTunes library and listen to exactly what you want, when you want. Spotify is ad-supported (so it's free on the web and in its desktop client). Bumping up to its 'Unlimited' level for $4.99/month means you don't have to deal with advertisements. Spotify's 'Premium' level is $9.99/month and unlocks the service's full potential. You're able to stream your music on every device – including smartphones and tablets, which were excluded in the free and 'Unlimited' levels – and can also save music to be played while offline, which is very convenient when traveling. Another one of Spotify's big selling points is its Facebook integration. You're able to easily connect your Facebook account to your Spotify account, which lets you follow your friends' playlists on Spotify, and also listen to music along with them from anywhere in the world. (You can also minimize the level of Facebook integration or not sync the two accounts at all.) Spotify is considerably more expensive than many of the other music services, but it's also far more robust.

If you want an audio service that's more than just music, check out iHeartRadio. iHeartRadio is a free, all-in-one digital radio service that features a ton of your favorite live radio stations. For people in the New York area, stations like Z100, 106.7 Lite FM and Q104.3 are all available to stream on iHeartRadio. If you're away from a traditional radio – or just want access to your favorite station with crystal clear playback – iHeartRadio is there for you. It's also interactive – you're able to thumbs up or thumbs down each and every song that's played, giving radio stations real-time feedback as to whether the songs they play are hot or not. iHeartRadio is more than just terrestrial radio stations, though – you're also able to create personalized custom stations, just like on Pandora. Pick a song or artist to create a commercial-free uninterrupted station that's generated off of iHeartRadio's over 15 million songs and nearly half a million artists. iHeartRadio isn't in all the places that some other streaming services can be found, but it has found its way onto the Xbox 360 and GoogleTV, as well as on your mobile devices.

So – good, better, best – no, just a few different business models that offer similar, but different experiences. I love Spotify, it is everything I want from a music streaming service. In fact, it is everything I want in a music library, which begs for the question: Do I need to own music in 2013? My personal answer is no. I only have to own stuff Spotify doesn't have, and that list gets smaller everyday.

Do you need to own music or just own access to music? Check out these outstanding music streaming services and decide for yourself.

Managing Director of Advanced Media Ventures Group, LLC an industry-leading advisory and business development firm and a member of the Executive Committee of the National Academy of Television Arts & Sciences (the organization that bestows the coveted Emmy® Awards). Palmer is the author of Television Disrupted: The Transition from Network to Networked TV 2nd Edition (York House Press, 2008) the seminal book about the technological, economic, and sociological forces that are changing everything, Overcoming The Digital Divide: How to use Social Media and Digital Tools to Reinvent Yourself and Your Career; (York House Press, 2011) and Digital Wisdom: Thought Leadership for a Connected World (York House Press, 2013). For more information, visit shellypalmer.com.