Jack Myers' Vision for the Future of Media and Advertising 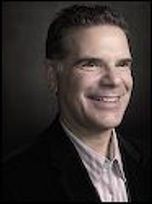 "The younger the age group, the less loyalty they have to traditional broadcasters. These younger audiences have less interest in and tolerance for 'new' seasons, repeats, programs shifting from one night to another, unfulfilled expectations, and specials that are not special. The traditional television season, audience 'flow,' and network exclusivity are outdated concepts. They are vestiges of 30 year-old network programming strategies that are no longer relevant. To remain competitive, networks must develop innovative year-long and multi-network original programming strategies."

In the Industrial Mass Media Age, marketers and their agencies developed television commercials and spread them across a broad landscape of networks. In the future, new media technologies will drive the need for long-form advertising-on-demand messaging, such as the BMW Films, Amex, Budweiser, and Axe Deodorant campaigns. There will be more interactive and response-based creative strategies, short-form messages, and messages that work in fast-forward viewing as well as at regular speed.

Here are some other predictions.

In the next six years, nearly 80 percent of U.S. homes will be connected to the Internet by high speed broadband, and online video advertising and content will be the norm. On-demand technologies are the foundation for behavioral targeting – the ability to efficiently deliver customized messages to strategically targeted audiences. The largest cable TV operator, Comcast, is offering behavioral targeting using a technology developed by Visible World, one of the companies that appear to be emerging as a leader in the field. Commercial targeting to people who pre-identify their interests and give permission to marketers is embedded in the future of marketing. Companies like Revenue Science, Advertising.com, Almond Net are a few of the companies developing opportunities like delivering a Viagra ad to consumers who do an internet search for "erectile dysfunction" or target a Prius ad to consumers who do research on environmentally safe cars. Within a few years, similar targeting will be available on TV based on the patterns of programming they're choosing to watch.

New technologies are also empowering expanded research services such as those offered by IAG, new custom research methodologies being developed by TiVo, and improved accountability measures will enable advertisers, agencies and media sellers to make more informed judgments and build stronger relationships based on mutual return-on-investment. VOD technologies are driving digital video recorders like TiVo into nearly 60 percent of U.S. homes in the next six years, and nearly 40 percent of homes will have spectacular new high definition sets, which I believe will have as much impact on TV viewing as color TV. Once you've seen it, it's hard to go back. By the way, if you believe the current gospel that TiVo distribution won't grow, it's taken only six years for the DVD player to grow from zero to 70% penetration.

That nasty "C" word, convergence, will become a reality in the next six years. It was only six years ago, in 1998, that the first DVDs were introduced. They are now in 70 percent of homes, so these forecasts are certainly not unrealistic. These new VOD, DVR and high definition technologies will be converged in a home entertainment center, which will be wirelessly connected to the home computer. Digital technologies are creating new communications possibilities; they are fundamentally rewriting the rules of how audiences are relating to media; rewriting the rules of how companies relate to customers; and digital technologies are empowering new tools for defining media and advertising value and return.

Thinking back to that first Dumont set I watched 50 years ago, I predict we'll see twice as much change in the next six years as we've seen in the past fifty. In 2010, when we look back to today, we'll be shocked at how much things have changed.