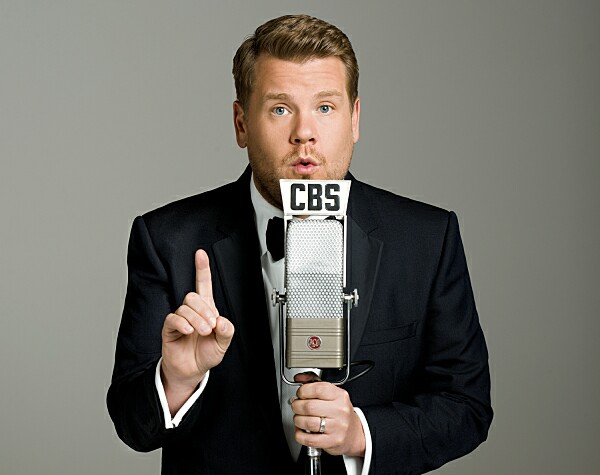 Making “Carpool Karaoke” a staple skit of CBS’s “The Late Late Show” was probably the best idea host James Corden has ever had. With every new musical adventure attracting millions of social media views, the affable Corden has become a viral video sensation as well as a late night success story. Fans are obsessing over every detail of “Carpool Karaoke,” wondering how Corden manages to drive safely on the opposite side of the road from his native England, how he convinces so many superstars to ride along and how he manages to know the words to so many songs. Going straight to the source seemed the best way to find out how “Carpool Karaoke” originated and where its headed. (Editor's note: And while we're on that subject, take another look at what Mindhshare has to say about Carpool Karaoke.)

(James Corden is pictured below with Broadway luminaries Jane Krakowski, Jesse Tyler Ferguson, Audra McDonald and Lin-Manual Miranda. They recently appeared together in a Broadway themed edition of "Carpool Karaoke.") 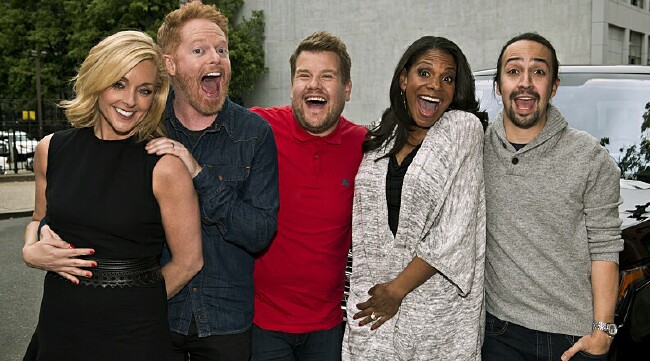 After taking over “The Late Late Show” in March of 2015, Corden and producer Ben Winston were looking to pepper the show with a personal stamp. While throwing ideas around an old favorite came to mind. “We had done a sketch for ‘Comic Relief,’” Corden recalled. “I wrote a sitcom in England called ‘Gavin and Stacey,’ which was pretty popular, and my character in that was used in the sketch. At the start of it, it was me and George Michael in a car singing Wham songs. It never really left us as to how joyful it was and there was something very unique about seeing someone sing their hits in the same environment we sing them ourselves. We thought about it and decided that skit [was] a good idea.

“You need to get to work and use the carpool lane and you need more than one person,” Corden continued. “It's kind of completely unique because often these people come with huge teams -- publicists and agents and managers -- then suddenly it's just me and them in a car with no one else and we sing.” According to Corden musical guests rarely want to sing their hits, preferring to “sing the new stuff.” So ultimately he’s just giving viewers what they want.

At times it appears Corden is paying little to no attention to the road in these skits, but rest assured it’s a well-oiled-military-operation behind the scenes. “I am driving,” he admitted. “I'm in the car and in front of us is a car, in front of that is a car and behind is another car and a van. Essentially we are never traveling at more than 11 or 12 miles an hour. It’s just a convoy.”

Thankfully, to date, there have been no accidents or mishaps. “For someone to slam the brakes on it would have to happen three cars away and the first car is at least 20 feet in front of the next one,” Corden said. As for the cameras capturing every tuneful moment, “They are all just fixed go pros in the car and I’ve had no problems driving on the other side of the road,” he added.

According to Corden the biggest criteria for anyone doing a “Karaoke” skit is they have to have had hit records and he has to be a fan. "Otherwise what's the point?” he laughed. “I feel lucky to spend any time with these people.”

When it comes to song selection there’s no brushing up on Corden’s part. He revealed he’s not quite sure how he remembers all the words, but that he does. “I have an odd kind of autism,” he said. “There’s this odd thing in my brain where I remember songs. I've always sort of just been able to and it’s never really a matter of brushing up. If I wasn’t a huge fan of the person we wouldn’t be doing it.”

If Corden always appears completely relaxed, it’s simply because he is; there’s no time for real nerves in “Carpool Karaoke.” “I don't think you can get bigger people than the ones we've had,” he quipped. “When you talk about Stevie wonder, Adele, Elton John and Rod Stewart, none of them really made me nervous.  What’s there to be nervous about? We’re just singing in the car. It would be silly to be nervous about it.”

Corden insisted the hardest part of creating a memorable “Karaoke” skit is pulling just 13 minutes from the hour and half that the tapings last. “We tell the editor, ‘Make a rough cut of all the good bits,’” he said. “The first cut of the Adele one was 57 minutes, but I don’t think we could really do an hour of it. There are very few things in life that make you think ‘I wish that could have been longer,’ except maybe sex.”

For “The Late Late Show,” finding a skit so popular and so revered in its first three shows was “a gift” for the host. “I thought it might take a year or two,” he said with a smile. “When you think about other shows and how long it takes … Most of the shows have maybe three bits that define them historically. Letterman had The Top 10 List, Stupid Pet Tricks and Stupid Human Tricks. It is one of those completely wonderful happy accidents really.”