Jane Fonda of “Grace and Frankie”: Still Learning at 78 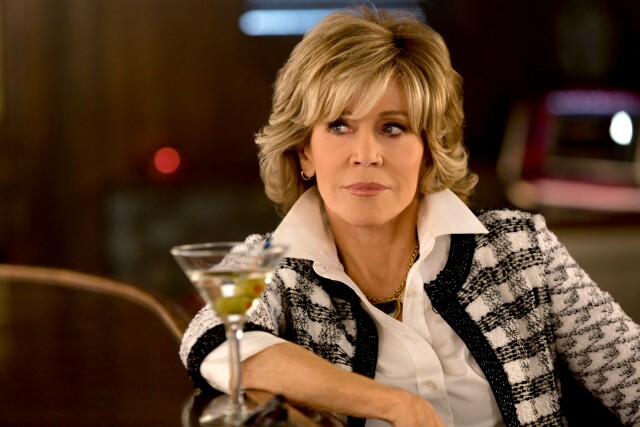 Few actors are blessed with the ability to transcend generations. Jane Fonda is unarguably one of them. Over the last 50 years Fonda has gone from “Barbarella” sex symbol to controversial political activist to groundbreaking exercise guru to one of the most acclaimed actresses in film history, picking up several Academy, Golden Globe, BAFTA and Emmy Awards along the way. Now at 78, she is once again exploring new territory with her Netflix comedy series “Grace and Frankie.”

Now streaming its second season, “Grace and Frankie” centers on two women whose lives are turned upside down after their husbands “come out” and admit to a 20-year affair, leaving both ladies suddenly single and learning how to start their lives over in their 70s. Lily Tomlin stars opposite Fonda as Frankie, who’s free-spirited, new-age approach to life provides the yin to straight-laced Grace’s yang -- something not too far from real-life for the actress. 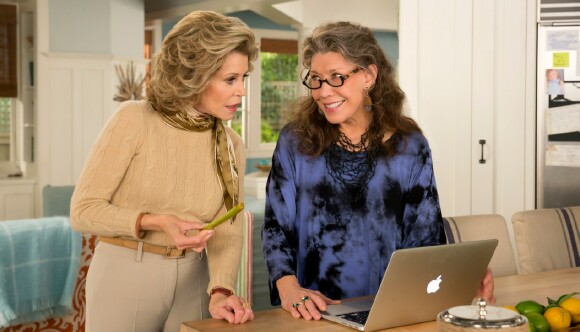 “I love being with her for all kinds of reasons,” Fonda says of Tomlin. “I come from a long line of depressed people and she has a true funny bone. That's one of the reasons I love going to work every day. I get to spend time with somebody whose take on everything comes from a place of funny, which for me is total catharsis. It's just fabulous.

“She jokes a lot with me and I'm so lacking in humor that I think it's all serious,” she continues. “We have a good time together and we have a history.  Making a TV series is hard, so being able to go to work with someone you love makes it a lot easier.”

The success of the show’s first season on Netflix did take Fonda by surprise. “I didn't know it would be so popular,” she admits. “I'm very active on social media so I do get a lot of feedback and it blows my mind; boys and girls, men and women, young and old.” She is especially thrilled with the personal touch that social media provides. “I hear back from other people and they say, ‘Oh my God, thank you, you’ve given me hope,’ or ‘I love your show.’ I'll ask why. They tell me why and it does make me feel really good.”

Fonda says she thinks season two is “really better,” even though season one was a giant success. That could have something to do with her personal growth. She’s been honing her comedy skills by studying her contemporaries and -- of all things – she enlisted an acting coach!

“Just the other day one of my [social media respondents] asked, ‘Why would a two-time Academy Award Winner want to have an acting coach?’” she told me. “That gave me a chance to write about stuff that I think is important, stuff about success, never wanting to phone it in and always wanting to get better. I do feel like a complete newbie so I started studying comedic actors much more and I appreciate it. Louis C.K. and Amy Schumer, for example, just for their timing.”

After igniting the big screen in 1980 with the comedy classic “9 To 5” the real treat for Fonda is reuniting with Tomlin. Some fans hoped Season 2 might feature their “9 To 5” co-star Dolly Parton in a cameo. But series creator Marta Kaufman has other thoughts. “Season 2 is not the right time,” she says. “The minute you bring Dolly in, who I love by the way, it's ‘9 to 5.’  No matter what you do, the thought is, oh, look, it's a ‘9 to 5’ reunion, and you're taken out of the show.”

Fonda has her own ideas about a role in the show for Parton but prefers to not give any spoilers. “I haven't told her exactly what it is yet, but it's very specific,” she laughs. “We'll see.”

After 56 years in the business and countless accolades, Fonda has managed to effortlessly navigate both big and small screens. Thanks to her hugely successful workout tapes in the 1980s and more recent roles on shows like HBO’s “The Newsroom” she’s been a fixture in American households for years -- something she’s very comfortable with. “Doing the workouts I was coming into people's homes on a regular basis,” she says. “When I was a guest star on ‘The Newsroom’ one of my thrills was walking into ‘Crate & Barrel’ to buy something and as I walked up to the sales girl she said, ‘Do you want to play golf or do you want to f&%k around?’ When a line is quoted back to you from a salesgirl it's like, ‘Wow, I like this!’"

Just don’t expect the still-active star to step back into her leotard and leg-warmers anytime soon. “I've been there and done that,” she laughs. “I walk and climb mountains just to be able to keep moving. I do the usual stuff but just do it slower and easier. [Today] everything is slower.”