Jared Feldman of Canvs: Research in the Age of Emotion Tech 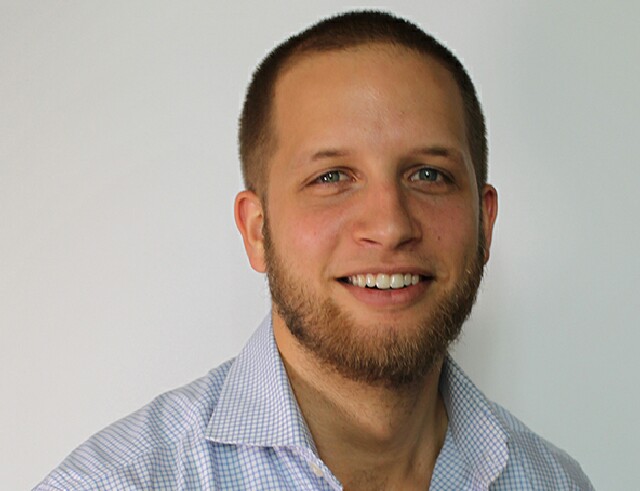 As the Founder and CEO of Canvs, a technology platform created to measure and interpret emotions, Jared Feldman understands and champions how valuable emotional investment is within the marketplace. New York City-based Canvs, which launched in public beta last April and officially into the marketplace in December 2014, has, according to Feldman, “become the industry standard for measuring audience reactions at scale through analysis of real-time Twitter data.”

Feldman got his start in the industry as a NYU student and while there met his now-partner Dr. Sam Hui. Upon graduation, the two formed Mashwork, which culled actionable insights for media clients. Canvs grew out of Mashwork and has been experiencing great strides in recent months, including announcing their Series A funding and their recent partnership with Viacom.

In this interview, Feldman talks about the impact of certain emotions on content success and by genre and the future of traditional research in an age of emotion tech.

Charlene Weisler: What social media data do you use in Canvs?

Jared Feldman:  Canvs receives its Twitter data from Nielsen, which captures relevant tweets about original video programming from TV and over-the-top streaming providers for linear airtimes as well as on a 24-hour-a-day, seven-day-a-week basis. Analyzing those Twitter feeds from Nielsen, Canvs maps the emotional resonance of audience reactions online to first-run TV shows. Canvs then displays unique qualitative views showing the emotionality surrounding specific characters, plotlines and moments -- mapping the emotionally charged reactions to 56 unique categories including “love,” “dislike,” “annoying,” “beautiful,” “boring” and more. We just launched our own Facebook analysis capabilities where we summarized on an emotional basis all comments on video and the reaction to content. It is not a matter of measuring, for example, the number of tweets. We function to show what those tweets are all about -- why emotions behind the social activity are so important. An emotional audience has greater recall and engagement. We can determine by the use of emotional measurement which ads were most engaging.

Charlene: This is different from traditional research methodologies.

Jared: Yes. The only way to measure engagement and attention historically has been through focus groups. But it is time consuming and expensive and difficult to measure the emotional tenor of the audience.

Charlene: How do you measure an emotion like irony?

Jared: Irony falls into a bucket of emotions that require humans to review and measure. The methodology we use to measure emotions requires both science and judgement. You can’t rely on computers alone. But having a room of people judging doesn’t work, either. We do not measure on sentiment; there are no positive or negative metrics. We have identified 56 common ways to express how people feel including love, shocked and crazy. But there is a lot of unstructured text, text that is not grammatically correct. Sometimes people do not use real words: Words like “on fleak” or “bae” are commonly used by Millennials. These words are not picked or properly categorized by sentiment research. We built words and phrases that denote emotions. And we have recently included amplifiers and emojis. In the case of irony or sarcasm, a post like, “Man, I looove that show” with a thumbs down emoji can trip up algorithms. This is why we use a combination of efforts including machine learning with state-of-the-art language processing. We use humans to calibrate irony, sarcasm, jargon and misspelling, etc.

Charlene: Collecting audiences by emotions instead of demographics is a departure from standard media measurement.

Jared: Yes. We organize the world by common feeling. If we feel the same, we are the same beyond the demographics. How we feel affects what we do.

Charlene: What are the most predictive or important emotions?

Jared: It varies by genre. Any emotion in comedy means that the audience will come back next week. In reality shows, it is “excitement.” Our methodology was used by MAGNA to predict programs that would be renewed or picked up for a full season. We had an 85% accuracy rate in predicting shows that would be renewed or picked up. This is extremely exciting to us because it means that the reactions on Canvs are representative of the overall audience.

Charlene: You mentioned the emotion “crazy.” What is that?

Jared: It is part of the colorful language that exists on social media and is neither positive nor negative. It includes exasperation and implicit excitement -- OMG or That Is So Nuts. What’s interesting is that within drama programs, “crazy” and “love” are the two emotions that had the strongest correlation within loyal tweeting behaviors. More specifically, a 10% increase in the share of “crazy” among the total numbers of reactions could reflect a jump from low to high “crazy” for a given program. It’s important to understand why this is. In scripted drama, “crazy” is an indication of ratings because there is a heightened sense of investment. It is a strong indicator for us.

Jared: There is still a place for demographics, but demographics as we know them will evolve. They’ll become more actionable over time. For example, rather than prioritizing where a person lives or what income bracket they’re in, researchers will ask: What do they find “funny” or “crazy”? Aligning viewers to core emotions will take precedence.

Charlene: Will a service like Canvs replace traditional research?

Jared: Traditional research will continue to bleed but will never go away. Soliciting responses will always have a place. However, we’ve always been bound by what people are willing to speak about and speak freely about. That’s one of the main reasons why traditional research can’t continue to compete with a qualitative technology platform like Canvs. We’re capturing how people feel when they’re less inclined to be as guarded as they would in focus groups. If there’s one thing that’s clear, it’s that innovation has never been more important. Social media will become more of a social science. It has never been actionable before on the qualitative side but as deeper and more sophisticated technologies continue to evolve Canvs will definitely be at the forefront of this space.