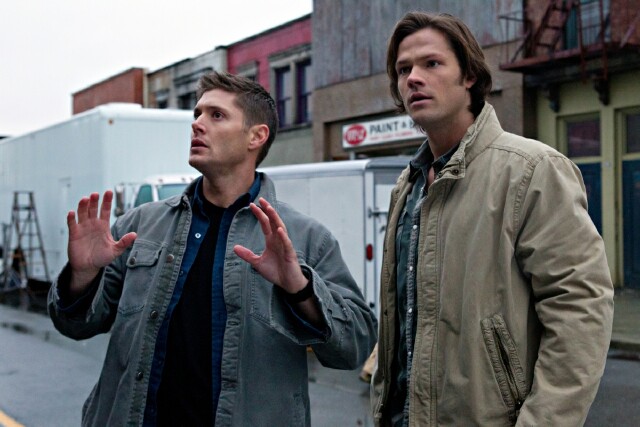 After 15 seasons, over 300 episodes, and countless demons fought, Supernatural, television's longest-running genre series, comes to an end this week when The CW airs its final episode. What started out as the little show that could on The WB network way back in September of 2005 turned into a phenomenon as one of the first horror series to become a mainstream sensation. As the adventures of the Winchester brothers continued, stars Jared Padalecki (Sam) and Jensen Ackles (Dean) developed and maintained a feverish following that continues to this day. Padalecki (pictured above right), in fact, is already at work on a new series for The CW, a reboot of the Chuck Norris classic Walker Texas Ranger.

In a chat with MediaVillage, Padalecki fondly recalled the day when he first heard about the show. "The first time I had a meeting about doing Supernatural I was [still] on Gilmore Girls," he recalled when MediaVillage spoke with him before the series wrapped. "My agent called me to tell me there was this show coming out and it's kind of kooky. They wanted to do a science fiction-based show. I remember at the time saying to myself, there are shows like Buffy and Charmed on the air, but that's not the show I wanted to do.

"They explained they were trying to do a show in the style of The X-Files, about two brothers instead of FBI agents, and I thought that kinda sounded cool, so I took the meeting, had some readings, fell in love with the character, and have had a great time ever since. How could you possibly say no to something like this; the stories we were able to tell and having all of that trust in the writers, producers, and directors, and obviously working with my brother [and co-star] Jensen." 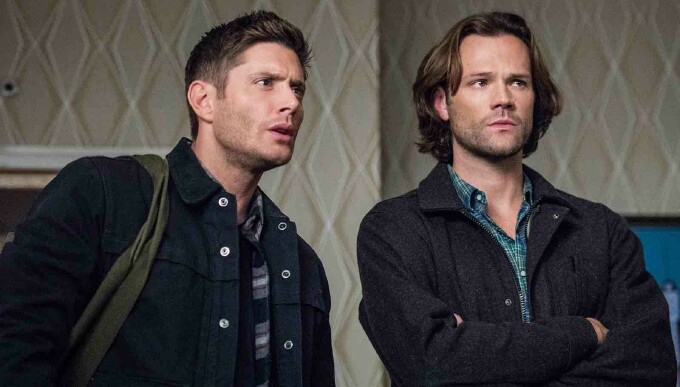 Padalecki says there was good reason he kept coming back for 15 years. "I felt comfortable," he shared. "I also have bills and stuff, and the kids did come later, but I was just always stoked about the storylines."

Despite its demonic veneer, family was the constant through-line of the series during its long run, yet unlike The X-Files, Supernatural never lost its leads. "There was a point three years ago, about 12 years into the show running, and the Powerball lottery got to about $1 billion," he explained. "It was some outrageous amount and Jensen and I both threw out $20 each and bought lottery tickets. We had a funny conversation in a trailer that went along the lines of, 'Well if you win tonight are you [not] coming to work tomorrow?' We both looked at each other and said, 'Absolutely no!' It wasn't for the money, prestige, fame, or awards, it was for the family of fans out there. I was committed to seeing Sam Winchester's story play out and doing whatever I could."

"This world has lasted much longer than maybe it was originally intended to," Ackles (pictured above left) said of the series ending. "I'm very thankful for that. It's kept us all together and kept us all gainfully employed now for 15 years. I love these characters. I wouldn't be here if I didn't.

"I think, for the majority of the fans and the people that have been with us through this journey, this [ending] is certainly going to feel right, and good," he continued. "It should put a lot of people in a position of feeling great about the journey that they took with the Winchester brothers. I know that's how I feel, and I'm excited."

When asked to reflect on the 300-plus episodes of the series, Padalecki revealed he has a few favorites. "Heart (season 2), I Know What You Did Last Summer (season 4), Sacrifice (season 8) and French Mistake (season 6), even though it's goofy," he said. "Heart stands out because you saw Sam let himself again fall for somebody, get ruined again, then have to say goodbye to someone. Sacrifice was about Sam dealing with feeling less than others, so to explore that with Jensen and Mark Sheppard, who was a wonderful actor, was magical.

"In I Know What You Did Last Summer I got to work next to my now wife," he added. "It explored what happens when the demons come out and what happens when you have nothing left. So, for me to be able to explore that through Sam, but come back and go home and be safe, was very helpful in my journey. French Mistake, I mean what other show on the planet can have an episode where everybody plays themselves? We basically got a phone call asking if we could make fun of ourselves for an episode, we were all like, 'Yes!'" 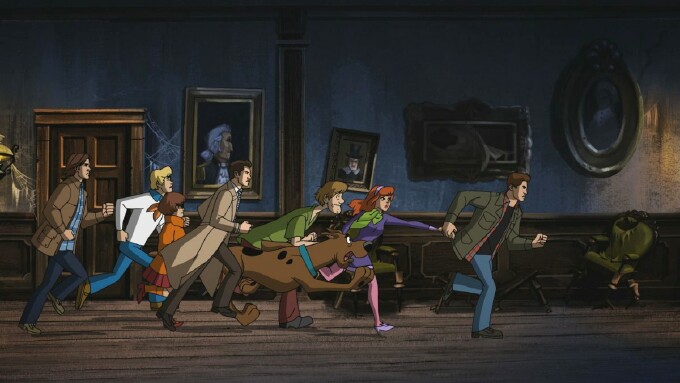 One episode actually fulfilled one of Padalecki's childhood fantasies. "Scoobynatural (pictured above) was also amazing," he said with a broad smile. "It was a little different because for the majority of the episode we spent two hours in a sound studio. But as far as amazing experiences go, geez, how much time do you have? I would've done Scoobynatural forever and 15 seasons of it because it was outstanding. It was an eye-opening experience and something I was really excited to do. My kids loved it, we got to go to Mann's Chinese theater, and that was the first episode I let them watch."

Padalecki says he'll let the kids watch them all once they're old enough, but in the meantime, he intends to revisit the entire series himself. "There are 327×42 minutes and I intend to watch them all," he laughed. "I haven't revisited the progression of it since watching some DVDs around season six. These days I can enjoy it as a fan because I've forgotten things. There've been times the TV has been on and Supernatural appeared and I'm like, 'I don't remember that. I know it's me, I look a little different, but did I do that?' It's probably one of the reasons why I put a little distance between me and the viewing of it."

The series finale of Supernatural will be telecast Thursday, November 19 at 9 p.m. on The CW following the one-hour retrospective Supernatural: The Long Road Home.