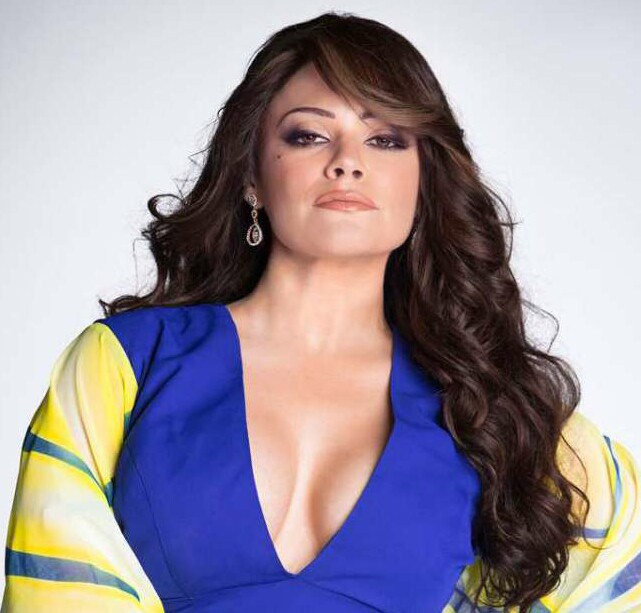 Dolores Janney Rivera Saavedra, otherwise known as Jenni Rivera, was an award-winning singer, songwriter, actress and philanthropist named by many outlets as the most important female figure in the Mexican music genre.  She became known for her work as a philanthropist for women and children dealing with domestic violence and abuse, something she dealt with in her first marriage.  She founded the Jenni Rivera Love Foundation, which helped families who fell victim to domestic violence and abuse. Her untimely death in 2012 was the result of a plane crash in Mexico and left her Latin American audiences in shock.  Two weeks ago Mariposa de Barrio (Butterfly of the Barrio) -- a musical drama series based on her New York Times best-selling autobiography Unbreakable: My Story, My Way -- made its debut on Telemundo.  The book was written by Rivera while on the road and between tours and was published on her birthday after her death.

The 90-episode series follows Jenni Rivera’s rise to fame from a modest upbringing in Long Beach, California, through the hardships of her young adulthood and her career as one of Mexico’s leading female performers.  (Janney took Jenni as her stage name in an effort to separate herself from her old life.)  The only authorized series on Rivera’s career, Mariposa de Barrio was created and written by Rosanna Negrín, a veteran television writer for RCTV Internacional, a popular Venezuelan cable network.  In addition to the details of Rivera’s autobiography, unpublished testimonies and experiences from her family and friends also comprise the storyline of the series.

Mariposa de Barrio explores Rivera’s life in parallels starting with her tomboy pre-teen years, her time with her abusive and manipulative first husband, and the better part of her life as an established performer.  Each period of Rivera’s life brings a different actress into the role, beginning with talented young Regina Orquín in a sweet portrayal of a nine-year-old “Janney.”  Orquín also proves she’s a very capable singer, displaying lovely vocals during a ranchero song early in the series.

Mexican actress Samadhi Zendejas deserves praise for her emotional performance as twenty-five-year-old Janney, married to her abusive and possessive first love Juan Trinidad “Trino” Marín, played by Tony Garza.  Zendejas plays the young adult Janney with an innocence and naivete that turns into tears and heartbreak when her dysfunctional relationship takes a daily turn for the worse.  (She has also appeared in other popular Televisa telenovelas including Un Camino Hacia El Destino (Road to Destiny) and Esperanza del Corazon (Hoping Heart).  Garza plays his role of Trino so well that you quickly learn to hate the character for his constant manipulation and emotional abuse towards Janney.

The adult Jenni is played by Angélica Celaya (pictured at top), who effortlessly conveys the grace and poise she was known for while performing onstage dressed in extravagant costumes with entire ranchero bands accompanying her.  It is astounding how much Celaya looks like Rivera.  Kudos to the makeup, hair and costume teams on this show for really establishing such a likeness between the two.  Hispanic audiences may be familiar with Celaya, who has appeared on the first season of the super-series El Señor de los Cielos (Lord of the Skies), which just entered its fifth season on Telemundo.  She also appeared on several U.S. series including Constantine, Burn Notice and Dallas.

The superb supporting cast includes Mauricio Novoa, Xavier Ruvalcaba, Enrique Montaño and Adriano Zendejas who play Janney’s brothers Juan, Lupillo, Pedro and Gustavo, respectively, in the “middle” period of the show’s timeline.  The four portray relatable protective siblings who go to any length to keep their sister and niece out of harm’s way.  Veteran telenovela actors Gabriel Porras and Rosalinda Rodriguez expertly portray Rivera’s parents, ranging from overprotective of their kin to loving and caring when Janney needed their help the most.

Mariposa de Barrio is just one of the many biographical music series coming to Telemundo this season along with the upcoming El Secreto de Selena (Selena’s Secret) based on the life and untimely death of Latin pop star Selena Quintanilla, and Luis Miguel based on the life of the multi-platinum recording artist.

Mariposa de Barrio is telecast Monday through Friday at 8 p.m. on Telemundo.