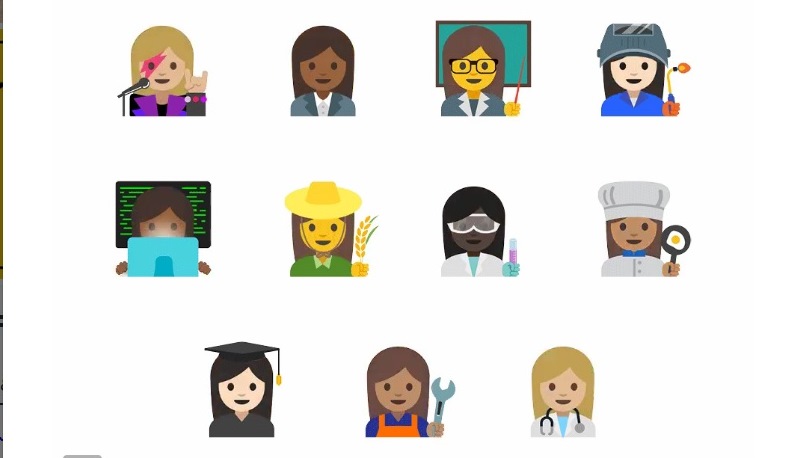 Inspired by Jack Myers' new book, The Future of Men: Masculinity in the Twenty-First Century, this is a weekly blog focused on gender equality. This week, Jennifer Aniston says enough is enough with the pregnancy rumors, Google announces gender equal emoji, Toyota gets slammed for a sexist ski ad and Theresa May will be Britain's next PM.

Jennifer Aniston has had enough of the pregnancy rumors and how celebrity journalism, particularly tabloids, treats women, The New York Times reports. In an essay she penned for the Huffington Post this week, she writes, "For the record, I am not pregnant. What I am is fed up. I'm fed up with the sport-like scrutiny and body shaming that occurs daily under the guise of 'journalism,' the 'First Amendment' and 'celebrity news.'" Aniston, who's been the subject of celebrity gossip since her "Friends" days, has a point – she's been painted as everything from the "girl next door" to the hateful wife after her divorce from Brad Pitt (who, we should note, is the one cheated on her). Even if we don't always take tabloids seriously, celebrity gossip represents the prevailing and outdated ways in which we view women, she notes: "If I am some kind of symbol to some people out there, then clearly I am an example of the lens through which we, as a society, view our mothers, daughters, sisters, wives, female friends and colleagues…. We are complete with or without a mate, with or without a child. We get to decide for ourselves what is beautiful when it comes to our bodies." Read Aniston's full essay here.

In a show of support for gender equality, Google has given their emoji a makeover, NY Mag reports. Instead of the Apple emoji, which tend to show women doing traditionally "feminine" activities, such as painting their nails or dancing, Android users will now be able to select from 11 emoji portraying women in various careers. Pre-existing emoji will also be made available in both male and female versions. This comes after Unicode, who designed the emoji for Apple (and now Google), received criticism for perpetuating outdated gender stereotypes – portraying men in all the professional and action emoji. Always' "Like a Girl" campaign called attention to the limitations stereotypical those emoji put on young girls. To better represent women in the real world, Google's new set includes a female engineer, doctor, scientist, and chef, to name a few. Check out them out below.

Are men better skiers than women? According to an outdoor Toyota ad sighted at a ski resort in Australia, moms should be skiing on easier runs, while dads tackle the black diamond, Mumbrella reports.  A social media post published by a skier over the weekend shows the ad that quickly sparked outrage -- a banner of the three symbols that signify the difficulty of the runs that portrays green (the easiest) as kids, blue (intermediate) as mum and black (the most difficult) as dad. "Toyota Australia, so do you mean now you are creating cars for women that are easier to drive than for men?" one social media user asked. According to Toyota, the campaign has been running for over a year without any other complaints. Check it out and judge for yourself below.

After male politicians dominated the discussion around Brexit, female politicians are now taking the reigns, Bloomberg reports. Promising to successfully take Britain out of the European Union, Theresa May has been appointed the new leader of the conservative party, making her Britain's second female prime minister. But she's not the only woman tasked with cleaning up the mess. In Scotland, the leaders of the three biggest parties are all women, and Northern Ireland's assembly is co-headed by a woman. All will be pivotal in decisions to call for referendums for independence, especially Nicola Sturgeon of Scotland. As May steps into the spotlight, however, we are reminded of the sexist ways in which female politicians are portrayed in the media, Laura Bates of the Guardian points out. Take, for example, a recent Sun headline, which reads "Heels, Boys" and shows May's kitten heels trampling the heads of her male opponents. Have we regressed when it comes to media coverage of powerful women? Read Bates' full op-ed here.

Childless Women to Marketers: We Buy Things Too