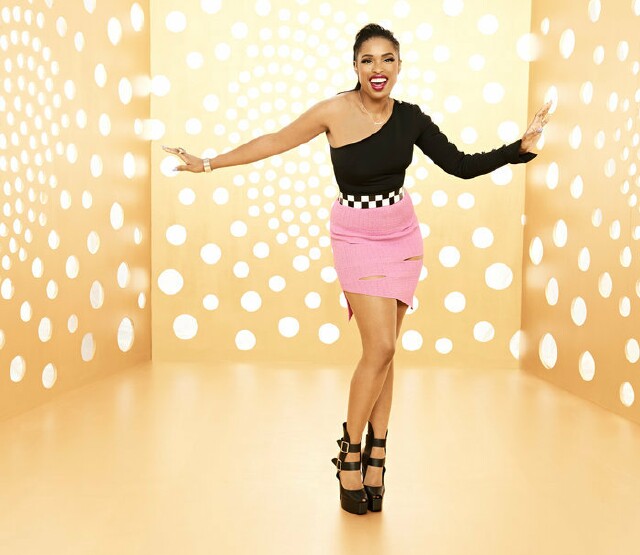 Season 13 of NBC’s hit singing competition The Voice debuts tonight with the first of its blind audition rounds.  Along with an amazing array of new talent, the coaching panel has a new face in its ever-rotating chairs with former American Idol contestant Jennifer Hudson.  She joins the U.S. version of the show fresh off a triumphant debut on the U.K. franchise, winning it with one of her contestants.  According to The Voice executive producer Audrey Morrissey, the addition of a talent as immense as Hudson will not only be good for the contestants this season, but a big benefit to the show.  “Jennifer Hudson is a force to be reckoned with,” she declared at special screening of the season premiere.

“She goes toe to toe with absolutely everybody,” Morrissey continued.  She’s obviously a world-class vocalist and all of these young artists know that.  They were all really happy to possibly have her as a coach.  I think she’s the first coach to have ever been a coach before, having just come off the U.K. version -- where she won!”

After seeing the first episode, it is evident Hudson is most definitely a powerful judge -- and a very entertaining one at that.  Morrissey attributes Hudson’s experience in the U.K. coupled with her post-Idol accolades (including an Academy Award for her performance in the 2006 movie adaptation of Dreamgirls) as a major factor in making her a natural for The Voice.

“Even though it’s her first season with us she’s won so many awards and she brings that element with her along with being a person who’s walked in [the contestants’] shoes,” she explained.  “She has that extra special ‘knowing’ of what they’re going through and I can tell you, that carries on throughout the season.” 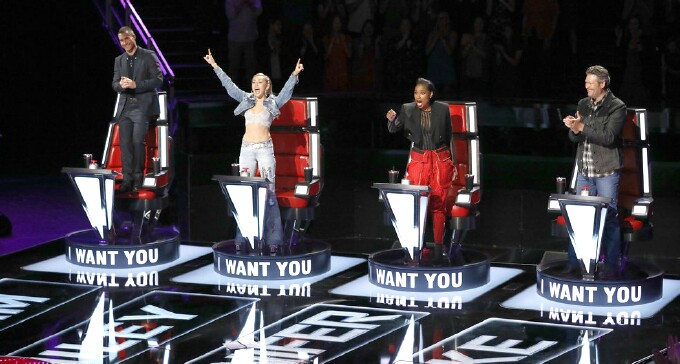 Hudson’s addition this season is sure to keep The Voice fresh for viewers and for returning coaches Adam Levine, Miley Cyrus and Blake Shelton (pictured above, left to right, with Hudson, second from right).  It was a long time coming.  “We do look at the other coaches from around the world,” Morrissey explained.  “Jennifer had been on our list and already had a relationship with NBC, having just done Hairspray: Live! So she was kind of top of our minds.  It just seemed like great timing.”

(Editor’s note:  Hudson signed on to The Voice in May, just before NBC’s Fall 2017 schedule announcement, and she opened the network’s Upfront presentation at Radio City Music Hall with performances of “I’m Telling You I’m Not Going” and “One Night Only” that blew the roof off that venerable venue.)

Thankfully for Morrissey, Hudson’s addition worked like a charm when it came to the show’s all-important coach chemistry.  “It clicked from the beginning,” she told me.  “You never know how things are going to turn out and it’s a crap shoot every time, but we’ve been so fortunate that every mix has been incredible.  We knew right away with Jennifer; she sat down in that chair and was holding her own with the others and really just bringing her own personality -- which is obviously very big.”

Apart from the coach rotation, The Voice is largely unchanged this season – though there are a few surprises.  The ways in which the coaches plead for contestants to pick them are more inventive; there are some surprise coach picks by contestants; there is an unexpected revelation about Hannah Montana from Cyrus, and there are impromptu contestant/coach duets aplenty courtesy of Hudson.

Consider “the shoe” rather than “the gauntlet” to be thrown (you’ll see why) when this season’s hopefuls embark on their journey to become The Voice.

Season 13 of The Voice premieres tonight at 8 p.m. on NBC.