Jessy Schram on "A Nashville Christmas Carol," Hallmark's New Take on the Classic Tale of Scrooge 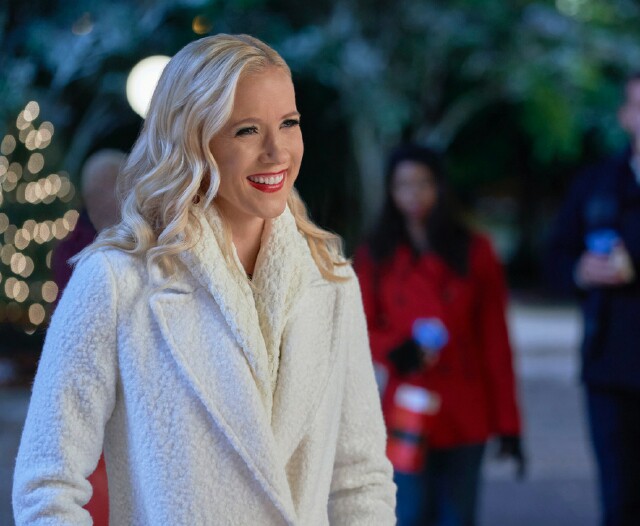 Hallmark Channel alum Jessy Schram returns to the network this weekend in the premiere of A Nashville Christmas Carol opposite Wes Brown. The film marks the third time viewers have gotten to spend time with her this year, after she starred in Country at Heart (with Niall Matter) and Amazing Winter Romance (with Marshall Williams). While this isn't her first foray into Hallmark Christmas movies, this innovative take on the classic tale of Scrooge is certainly very different, in all the best ways possible. "We got to go to the past, the present, to all these different time periods," Schram (pictured at top) said of the project during an exclusive interview with MediaVillage. "By the end of the [filming] we were like, 'What did we film? What day are we on? What time period are we in?' I'm super excited to see it all put together.

"[In choosing this one] there were a couple main draws," she continued. "Reading it, with Hallmark in mind, I could visualize it. When I got to the scene where my character sees her mom for the first time, in her past as she's not in her present, I knew that this movie was going to be different. We got to go into memories of moments that aren't always sunny and happy-go-lucky. That's different when it comes to Hallmark, and with the number of special effects and magic involved, that excited me, too. I think of movies like Scrooged or Home Alone, and I think 'That’s Christmas.' Like those, this is something a little different." 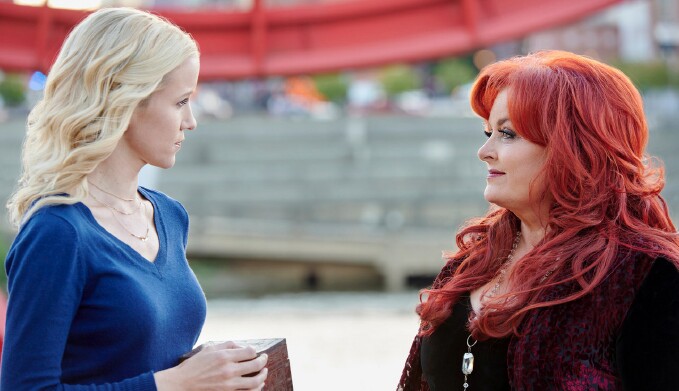 In the film, Schram portrays Vivienne Wake, an icy yet personable workaholic television producer coordinating a country-music Christmas special. While juggling her commitments to the show, she receives an unexpected visit from the ghost of her deceased mentor, Marilyn Jinway (Wynonna Judd, pictured above with Shram) warning her that the current path she's on could lead to a dark future. After receiving subsequent visitations by the Spirit of Christmas Past (Kix Brooks) and the Spirit of Christmas Present (Kimberly Williams-Paisley), she's forced to take a hard look at her life and, hopefully, get it back on track.

The duality of playing an icy character that thaws throughout the film was also a huge draw for Schram. "As I was visualizing these things, all of a sudden I'm going, 'Oh my gosh. Wait! I need to play all of these things? I actually have to do all this?'" she recalled. "I loved getting to go deeper into a character and make those choices and decisions. Sometimes on set, playing that icier version, [I was] kind of like, 'Oh, man, I want to smile and laugh!' That’s more me, but then I realized there's a time and a place for that in this story because there was so much opportunity.

"But it was hard," she added. "My biggest fear always is playing the stereotypical version of something. Obviously, Scrooge isn't just a grumpy person. There were a lot of different choices that are never told in the script that I needed to make. I was hoping that I wasn't just going to be a stand-offish character. People needed to be interested and know her story. I hope that’s in there because it's hard to make someone have a beating heart when it's written that they don't, maybe, at that moment in time?" 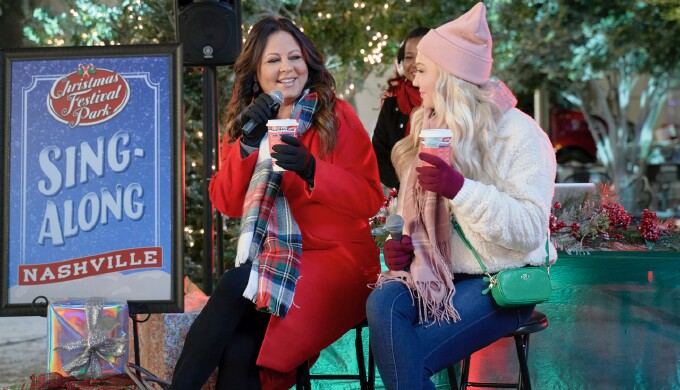 One thing Schram did smile about throughout filming was the incredible line-up of country-music star power she got to work with. "We had Kix Brooks, Wynonna Judd, Sara Evans (above left) and RaeLynn!" she excitedly recalled. "Then Kimberly Williams-Paisley, so it was fun. These are legendary musicians that I grew up with, my parents grew up with, so no small feat. Once we knew who was cast, imagining what they'd bring to the characters was fun. They’re all larger than life and they had to be for it to work."

Filmed on location in Nashville and Charlotte during the current COVID-19 pandemic (her first project under the new protocols), Schram admitted that going back to work was a concern after being in lock-down for several months. Thankfully, she had nothing to worry about. "I was terrified, but also excited," she shared. "I trusted Hallmark Channel and their productions. I knew they'd take protocol seriously. Getting on a plane after seven months of no travel and being back in the world -- that was a culture shock. But I ended up feeling very comfortable because of the network and what they'd put in place." 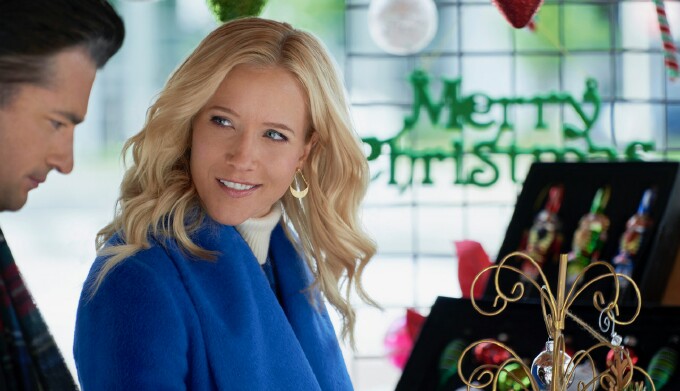 Looking back over her time with Hallmark (a time that began in 2012 starring opposite Lea Thompson in the Jane Doe Hallmark Movies & Mysteries franchise), Schram feels proud. "I feel around that time Hallmark was finding their groove on a new direction," she shared. "When I got to do my first Hallmark lead it was this weird full-circle feeling, like, 'Wait a second. I'm back where I started.' Now I get to be in the position of someone I admired so much. I've gotten to be a part of these different waves with Hallmark and that's really cool.

"With all the special effects in this one, I got to act with myself, too," she added with a laugh. "I feared the special effects would be super hokey, but the crew was so versed in them. It was exciting to watch their minds work and try and figure everything out. I love that with Hallmark we get to do films the entire family can watch, like this one. And I love that my friends' kids can see Auntie Jessy on screen. With Hallmark, it's positive, and people get to feel good during and after.”

A Nashville Christmas Carolwill premiere Saturday, November 21 at 8 p.m. on Hallmark Channel as a part of its annual Countdown to Christmas programming event.