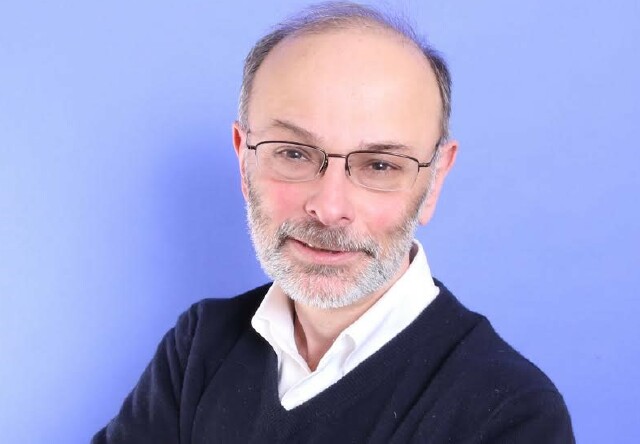 As consumers take more control of who they allow into their viewing space, advertisers will have to be more cognizant of how their ads are delivered and received.  Joe Mandese, Editor-in-Chief of MediaPost, has been working on an initiative called Bid/r which has the potential to change the ad delivery dynamic.  I recently spoke with him about the future of the advertising business and how Bid/r will fit into it.

Charlene Weisler:  Over the next three years, what are the greatest changes facing the ad community?

Joe Mandese:  Nigel Morris, Chief Strategy and Innovation Officer at Dentsu Aegis Network, when asked the same question a few years ago, said, “The problem is we’ve shifted from an era of information scarcity to one of information ubiquity.”  He meant that advertising originally evolved in a world of finite media options -- a handful of newspapers, magazines, TV networks and radio stations -- where big advertisers and agencies had the leverage of their ad budgets to efficiently buy people’s attention.  If you had enough money you could buy enough reach and frequency to scale people’s attention.

That started to break down with the explosion of media options in the 1980s and 1990s thanks to multichannel television.  Today, literally every single human being on the planet is a [potential] media channel.  The supply of media options is virtually unlimited.  The signal-to-noise ratio between consumers and brands has grown out of whack, and to paraphrase Nigel Morris, we’ve shifted from a time when there was a scarcity of media to one when there’s a scarcity of human attention.

Mandese:  Bid/r is a marketplace where brands can bid directly for a finite supply of the most valuable consumer attribute:  The attention consumers want to pay to a brand.  Users download a simple app to “list” themselves on an exchange where they receive offers directly from brands.  There is a cap on the amount of “inventory” they can trade to five minutes daily, because we want both consumers and brands to understand the scarcity and value of their attention.  Consumers are in total control of their trades and brands only pay when the consumer fulfills 100% of the terms of the trade.

Brands can offer anything they want to win the user’s attention: samples, swag, unique experiences, access to media content, even cash -- and for any action they want the consumer to complete, not just paying attention to an ad, but higher order functions like visiting a brand’s site, downloading information, sampling a product, participating in research, enrolling in a loyalty program, etc.

From a consumer’s perspective, it’s like Tinder for brands.  They see a feed of potential brands and swipe left or right depending on which ones they actually want to engage with.  From a brand’s point-of-view, they might be looking to have a first date with a consumer or build a long-term, lasting relationship.

Weisler:  Can the industry solve for ad blocking?  For fraud?  For viewability?

Mandese:  Of course, but it comes down to defining what the industry means by “ad blocking,” “fraud” and “viewability.”  Depending on how you define them, all of those problems have always existed for the advertising industry.

People have always had the ability -- with a few exceptions -- of controlling what ads they see or not.  I used to quip that print media like newspapers and magazines were the original digital interactive media. If you saw an ad you didn’t like, you flipped the page.  I remember seeing Brian Monahan (formerly at Walmart and now at Pinterest) present data on TV commercial zapping and saying, “The biggest threat to our TV commercials is not the DVR, it’s people turning their heads.”

Same with fraud.  We have new jargon like “non-human traffic” or “non-viewable impressions,” but those behaviors always existed and it was just a question of how -- and how much -- they happened, not whether they happened.  When I started covering the business, agencies had virtual armies of ad checkers to handle “discrepancy resolutions” for ads they were being charged for that never aired or aired in the wrong way.  Those problems have always existed, and if anything, technology has made it easier for brands and agencies to detect them.

There are a number of promising blockchain technologies that will likely help, but it’s all premised on advertisers and agencies defining exactly what they want -- and don’t want -- and communicating it clearly as part of their contracts with the media.

Weisler:  What metrics do you think are the most important indicator of a successful ad campaign?

Mandese:  It comes down to what a brand and agency are trying to achieve with their ad campaign.  It can be multiple things -- exposure, engagement, action, etc. -- but ultimately, they have to focus on one key indicator they use to measure performance.

I’m a big fan of time-spent and duration metrics, not just because it’s what Bid/r is premised on, but because I think it’s the best way to measure if a user was actually engaged with the ad campaign.  What that duration should be is up to different stakeholders -- brands, agencies, media, and yes, even consumers -- to hash out, but I think the time of using simple impressions or exposure-based metrics is over.

I think the Media Rating Council’s new “digital audience-based measurement standards,” and the fact that they are duration-weighted, is a step in the right direction, because it creates an even playing field for all stakeholders participating in a measurement method that they all agree to.  But ultimately, they have to agree about what they’re agreeing to measure.

Editor's Note:  Jack Myers and Charlene Weisler are both investors in Bid/r.  Joe Mandese was the editor of The Myers Report newsletter, the forerunner to MediaVillage.