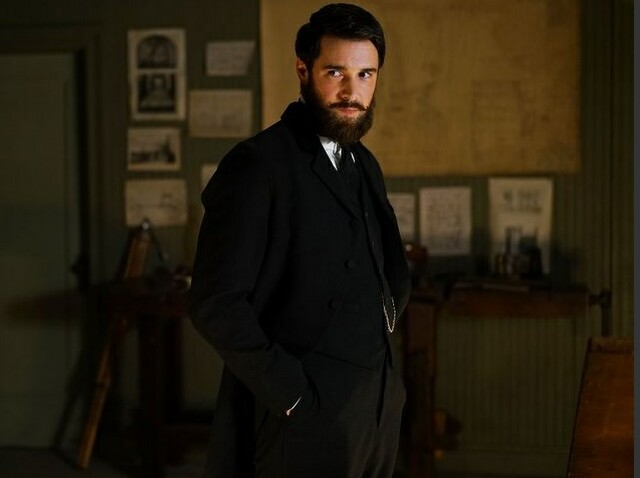 After four seasons of playing the long-suffering Daniel Grayson on ABC’s twisty primetime soap opera Revenge, actor Josh Bowman (pictured at top) is getting to turn the tables.  In his new science-fiction thriller Time After Time, Bowman gets to unleash his dark side in the role of notorious serial killer Jack the Ripper. According to the charming actor, it’s an acting opportunity he couldn’t resist.  “I enjoyed going through the numerous news clippings and books on [serial killers],” he told me in a recent interview. “It was fascinating to try and find the motivation of these types of people. That was one of the main reasons I jumped onto the project.”

The 12-episode series created by Kevin Williamson (The Vampire Diaries) and based on the classic 1979 Nicholas Meyer movie of the same name (starring Malcolm McDowell, David Warner and Mary Steenburgen) follows the time traveling adventures or author H.G. Wells (Freddie Stroma, pictured below). After having his time machine commandeered by surgeon "friend" John Stevensen (a.k.a. Jack the Ripper), Wells chases him from the stuffy Britain of the 1800s to New York City in the present day. 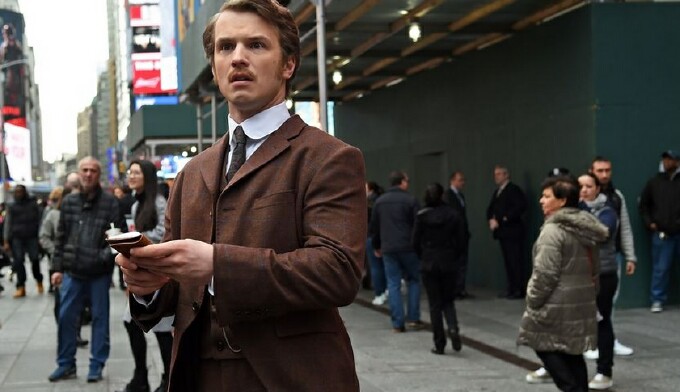 Bowman, as Jack, effortlessly mixes “maniacal killer” with a large dose of English charm, something the actor says was crucial to making the character work.  However, he’s quick to give credit where due.

“I have to give credit to Kevin (Williamson),” he admitted.  “I took what he wrote as a good starting off point for this character and snow-balled him into something different that was suitable for ABC, Warner Bros. and for me personally. We didn’t want to make him the typical one-eyed guy with a limp in the back alleys of wherever; we wanted to make him personable, charming and likable on the face of it -- much like a Ted Bundy character, which is probably where we are headed.

“Jack had these impulses to do these terrible, terrible things,” Bowman continued.  “It's hard to say too much, but he's a really smart man and has this relationship with H.G. Wells.  It really is a cat and mouse thriller for the first few episodes, but halfway through our goals align and other people get brought into the story. You might see us actually see us team up at some point.”

In preparation for the role, Bowman said he researched not only Jack the Ripper, but also a host of serial killers to find that one common thread they shared. His findings were surprising.

“Charm is one thing,” he revealed.  “There's a lot of information out there on Jack and Ted Bundy and they apparently had that in spades.  It's how they enticed their victims. Jack was a nice enough looking fella and he would fake an injury or invite someone out for a drink; he was a personable, intelligent man. He has these terrible acts he wants to commit and the story goes from there. There is a duality but this is also an ABC show so we couldn’t go as far as we probably would have liked to.

“This guy killed women and I just want to say I don't condone violence because it is very easy to glamorize it on a show like this,” he added.  “But I hope the audience sees it as fantasy because it is a fantasy show.”

Bowman told me he did revisit the original movie and was happy to have had it as a template for this project, though – with no disrespect to it, he did say he found the original a little “dated.”  But he was quick to admit that he enjoyed it.  “It’s such a great story with great actors,” he raved. “I'm a huge fan of those guys and Mary Steenbergen especially, so that was lovely!” 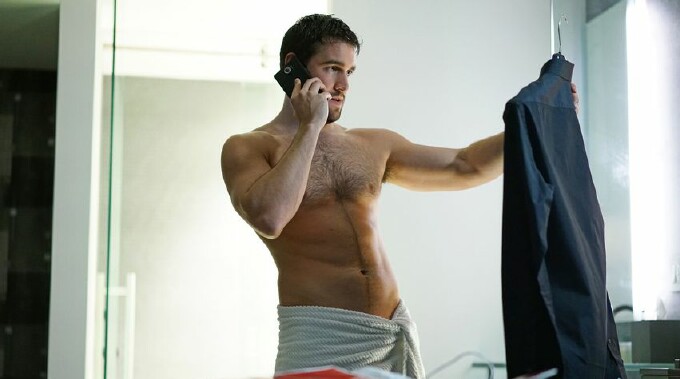 When I asked him about it, Bowman drew parallels to his characterization of Jack the Ripper in Time After Time and that of Christian Bale in American Psycho.  “There’s a little, in that I undergo a transformation, I shave and cut my hair and get a nice suit so [Jack] really does get to mesh into the [modern] world.  He’s in awe, really.  It’s kind of like a drug, with the violence, nightlife and everything around him, although I couldn't really [personally] relate to any of that.”

Devotees of the original film might also note, this series is not a complete remake. While the original storyline does play a big part, Bowman let me in on some enticing changes.  “[Jack] ends up finding an ally in a doctor,” he said. “That's how we end up on the island of Dr. Moreau!  We get to explore a few of H.G. Wells’ projects, including The Invisible Man in that I am hard to catch and constantly escaping.

“We don't time travel on a weekly basis,” he continued. “We do maybe four or five times and use H.G. Wells’ classic novels as a springboard. We modernize them in our own way. I guess we inspire the novels themselves as we go along.”

Time After Time premieres Sunday, March 5 at 9 p.m. on ABC.