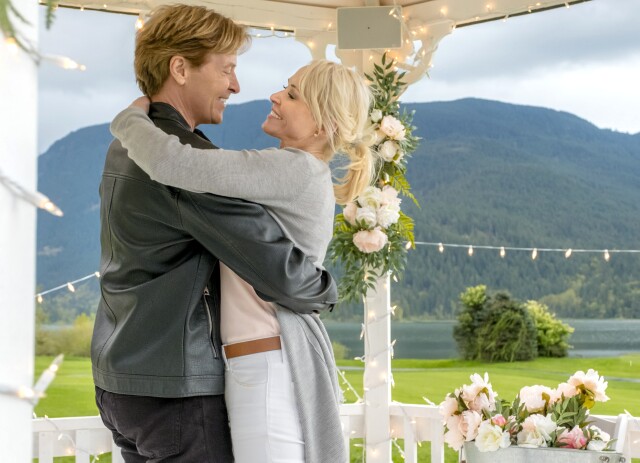 As stars of Hallmark Channel’s Wedding March franchise, Josie Bissett and Jack Wagner knew they were making something special.  The overwhelming success of the first film in the series, which premeired in June 2016, really didn’t come as a surprise to them. However, a year later, they are totally surprised to be talking about the first sequel, Wedding March 2: Resorting to Love.  “It's amazing, both Jack and I agree,” a gleeful Bissett told me.  “We had so much fun with the first one I can hardly believe that we've since finished two more.  It's so rare!  I've never had a TV movie get a sequel and it's awesome.”

The first Wedding March movie, which premiered last year at this time, introduced viewers to Olivia and Mick, college sweethearts who went their separate ways decades ago.  But when Mick’s band was booked as the entertainment for Olivia’s upcoming nuptials (which were also to take place on his idyllic property) the former lovebirds were reunited.  Despite their bickering, it was soon apparent a spark had reignited.

It’s that theme of “never forgotten first love” both Bissett and Wagner agree resonated with Hallmark Channel viewers.  “Your first love is so powerful,” Bissett mused.  “It’s the first time you’ve felt those feelings.  The scene when we first see each other [in the first movie] is a powerful moment that people definitely can relate to.” 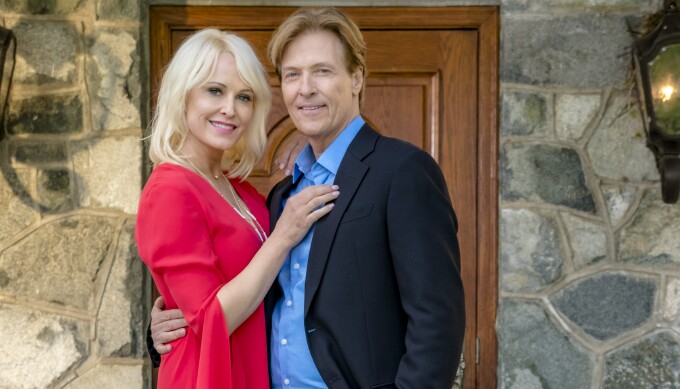 “That’s exactly how I sold the original movie,” chimed in Wagner, who is also an executive producer of the franchise.  “I pitched it saying, ‘When they first see each other it had to be the drop the platter moment we’ve all had in our lives.’  I think we really captured that life-changing moment and think everybody has the fantasy of it. Everybody can romanticize what these characters are feeling, that’s what Josie and I worked at.”

Wagner told me Wedding March 2 picks up where the first movie left off; some time has passed and while Olivia and Mick have made some big decisions, they may not be on the same page relationship-wise.  “We sort of let exposition play out in the first act,” he teased.  “But Olivia is wrapping her life up and moving in with Mick.  It’s a really great message about love, that first love and where do you go [from there].  I really think people are interested to see where Mick and Olivia go with those feelings.”

“You understand pretty early that she’s decided to go live with Mick and is packing up her apartment in New York,” Bissett revealed.  “You’ll definitely get a sense of the [first movie] along with a sense of where they are going.”

There’s no denying the teaming of two of Melrose Place’s favorite characters (Jane Mancini and Dr. Peter Burns) played a part in the success of the original Wedding March. In fact, it was clever forethought on Wagner’s part that made it a reality.  “To be honest I saw Josie’s site on Twitter in 2012 and was like, ‘Oh my God, she is more beautiful than ever,’” he shared.  “I’d been looking for something, seriously, where I could hook up a project with her.  I went to Hallmark and said, ‘This has to be Josie Bissett.’  They said, ‘Okay.’  When she got out of her car on that first night of production it was like, ‘Oh, my God’.  We ran into each other’s arms and started asking each other, ‘What are we doing?’ There was just this connection.

“We hadn’t seen each other in 17 years,” he continued.  “We are totally different people now and even though we were both in a series for seven years together, we didn't really work together that much or know each other.  We were both so much younger with very different lives and we kind of found each other with this project.  Our senses of humor are very similar and that carried over into the work. It created a really fun atmosphere which carried into the performances.” 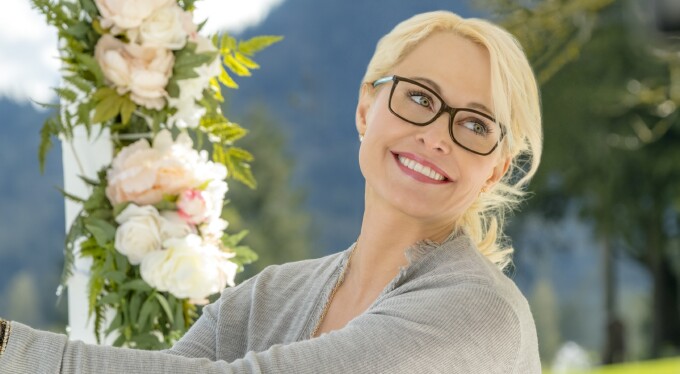 Bissett has a hard time wrapping her head around the fact 18 years have passed since Melrose Place left the air (not to mention that it made its premiere 25 years ago).  “Time is such a crazy thing to me;” she said.  “I can’t believe it’s been 25 years since we started that show.  It feels like a long time ago, but 25 years?  We just became a big family and having that in common with Jack, even though we really didn’t see each other, gave us a familiarity and trust with each other.”

“We rarely laugh about the storylines on Melrose,” Wagner said.  “We laugh about the people and our experiences, like, ‘Do you remember when…?’  We were two people in a family of 8-12 ensemble characters that kept changing over the years.  But we remained two of the core people.”

A third installment of The Wedding March has wrapped and both stars are thrilled to continue Olivia and Mick’s love story.  “We know it’s a unique investment for [Hallmark] to invest in two actors for a franchise,” Wagner noted.  “It’s something we take very seriously.  I knew what Josie and I were going to do was going to be different for them and when we started working on it and I thought it was special.”

Wedding March 2: Resorting to Lovepremieres Saturday, June 17 at 9 p.m. on the Hallmark Channel following a repeat presentation of the original The Wedding March at 7 p.m.