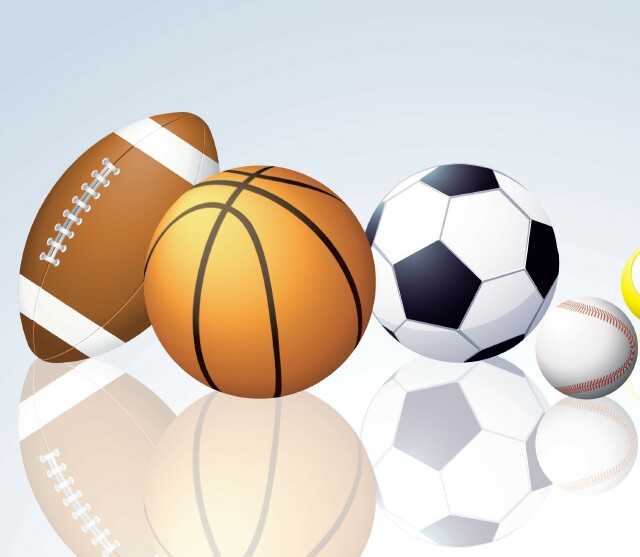 With their ability to drive live viewership, sports continue to play a critical role in advertising deals for media companies. The following is a rundown of sorts for ESPN and the sports portions of four Upfront presentations last week in New York City.

NBCU opened Upfront week with a broad presentation at Radio City Music Hall that touched on many aspects of its vast holdings.  During Telemundo’s segment the Spanish-language broadcaster touted the remake of what has been its most-watched program, La Reina Del Sur, a miniseries about the last day of late singer Selena Quintanilla and the little event known as the 2018 FIFA World Cup from Russia.

Frankly, given the significance of Telemundo wresting the rights from rival Univision not enough time was devoted to presenting FIFA’s famed event, although the futbol tourney was saluted again when NBC Sports chairman Mark Lazarus took the stage to conclude the presentation.

Super Bowl LII and the Winter Olympics were also lauded and rightly so: Their presence all but ensures that NBC again will take the 2017-18 season among adults 18-49 and should close the gap in total viewers against perennial winner CBS.

With a lineup that includes two NFL primetime packages, Sunday Night Football and Thursday Night Football, the National Hockey League and the Premier League, the U.K.’s top-flight soccer circuit, Lazarus said:  “I would not trade our portfolio with anyone else in the industry.” Hard to argue with that.

Sports were more than front and center at Fox’s Upfront, accounting for at least 30 minutes of the presentation at the Beacon Theater on May 15. The event included a musical number featuring Fox NFL Sunday members Terry Bradshaw, Jimmy Johnson, Howie Long, Michael Strahan and Jay Glaser dressed up as rappers.  Think bling.

There was also a video message from Michigan head football coach Jim Harbaugh to hammer home the point that Fox Sports is now the lead player when it comes to Big 10 football, which joins its Big 12 and Pac 12 college football packages.

The overall message was that Americans spend $300 billion more from September through December that the rest of the year and that Fox and Fox Sports 1 own the fall.  The lineup is highlighted by Major League Baseball’s post-season, culminating with the World Series on the broadcast network; its expanded college football slate that will include the Ohio State-Michigan matchup, and pro football, including America’s Game of the Week, which has been the most-watched show on TV eight years running.  The presence of America’s Team on the schedule was repeated more than a few times.  After gathering his breath from his rap antics, Johnson summoned a “How ‘bout them Cowboys?” for attendees.

There was also mention that FS1 would enter the weekday morning sports talk-show fray when it launches First Things First with Cris Carter and Nick Wright on Sept. 5.

Alex Rodriguez, Fox Sports’ recently minted studio and baseball game analyst, made a brief appearance, quipping “I wish Fox paid as much as the Yankees.”

Fox Sports’ lead voice Joe Buck also offered up some jokes, noting that he knows from the uptick in fall spending.  “In part we can thank my ex-wife for that,” he said.  Before demonstrating his ability to shoot a T-shirt bazooka, Buck asked about News Corp. Chairman Rupert Murdoch.  “Where’s Rupert?  He’s the only person I don’t want to hit,” he laughed, before firing.

ESPN covered a lot of ground at its Upfront, including touting new ad platforms and changes to its daytime lineup, all the while showcasing an impressive array of talent.  This came just weeks after ESPN laid off 100 staffers, many of them on air-personalities and reporters.

John Skipper, ESPN president and co-chairman of Disney and ESPN Media Networks, addressed the pink-slip elephant in the Minskoff Theater on May 16, stating that the “current environment forces us to be realists as well as optimists.”  He said ESPN's assorted outlets reached more than 210 million Americans per month last fall, the most in its history, with digital products reaching 100 million each month.  Prime-time ratings were up 15% in the first quarter, he added.

ESPN executives were very effective in terms of pitching attendees on new ad products.  According to Vikram Somaya, Senior Vice President, Global Data Officer, the company’s LiveConnect sports analytics and fan data program can be a powerful tool for advertisers that offer multiple creative executions across its digital platforms, based on fans’ emotions.  Somaya said ESPN informed Coors Light that users would respond best to ads that connect to the emotion “anticipation,” and the company saw a 16% brand consideration lift.  Dick’s Sporting Goods, meanwhile, registered a 7% increase in retail sales when their ads played to “triumph.”

Eric Johnson, ESPN Executive Vice President, Global Ad Revenue and Sales Operations, formally introduced the Total Live Audience platform, which was developed in conjunction with Nielsen.  It can track live impressions from set-top boxes for ESPN and ESPN2, as well as streaming and out-of-home viewership into one combined number from which the company wants to transact business. ESPN’s emphasis on live impressions comes in contrast to the delayed viewing impressions that are driving more and more ad deals for entertainment fare.

Like his counterparts at other media companies during upfront week, Ed Erhardt, President of Global Sales and Marketing for ESPN, took a swipe at the mistrust digital video purveyors have brought to the market, relative to running ads next to objectionable content and measurement issues.  “At ESPN, we have a confidence that is born from trust,” he said.  “We can put brands wherever and whenever people access and engage with ESPN. We’re focused on being open, transparent and collaborative.”  He closed the presentation with a pitch for more business: “We’re facing a fundamental reset in the industry. It’s time for us and you to reconsider, recalibrate and reallocate.”

Univision’s Upfront was titled “Proof of Passion” and soccer was the first of five passion points (news, family, music and dramas were the others) that attract viewers to the Spanish-language media giant and around which it organized its May 16 presentation.  Univision Deportes President Juan Carlos Rodriguez was a man on the move in a video that saw him at the company’s studio facility, on-site for matches and at futbol practice facilities.

Over the course of the extended clip, the Univision Deportes portfolio was touted: Mexican national team rights; Liga MX, Mexico’s top futbol circuit and the most-viewed league in the U.S.; domestic circuit Major League Soccer, and the upcoming competition that will kick off next year, pitting the best clubs from the U.S. and Mexico against one another.  While Univision doesn’t hold match rights for the 2018 FIFA World Cup, the company still plans to “be the home of the game around the game.”

Rodriguez bounded on to the stage at the Lyric Theater and informed media buyers that starting with the 2018-19 campaign, Univision Deportes has the rights to Europe’s top club completion, the UEFA Champions League, as well as the second-level UEFA Europa League, and UEFA Nations League matches across its platforms.  With the Champions League acquisition, Rodriguez declared that Univision Deportes is "the undisputed home of soccer.”

Turner didn’t spend a lot of time on sports during its May 17 presentation at the Theater at Madison Square Garden.  The video presentation showcased clips from its portfolio: The NCAA men’s basketball tournament, a.k.a. “March Madness”; the MLB playoffs, the NBA, including its expansive post-season coverage, and ELeague, the gaming circuit joint venture with talent agency WME/IMG.  The award-winning Inside the NBA was prominently displayed with Ernie Johnson, Charles Barkley, Kenny Smith and Shaquille O’Neal shown walking in Times Square and interacting with folks at the crossroads of the world.  Figures boasted of its social network followings.

Shaq did appear on stage with Conan O’Brien and the pair was nominally interviewed by CNN’s Anderson Cooper.  The laughs were loud and the banter drifted toward the redhead and the large man talking about man crushes on Tom Brady and O’Neal’s former NBA teammate and now broadcaster, Rick Fox.  Shaq and Conan agreed that they and their dream guys would double date.  “You want in on this?” Conan asked Cooper.  “No. I’m good,” Cooper replied.  This talkfest could go straight to series.

After Univision announced the UEFA Champions League addition to its lineup, there was some expectation that Turner would follow suit, as it has reportedly gained the English-language rights in the U.S. to Europe’s top club soccer competition.  But Turner officials maintain the deal is not yet finished.