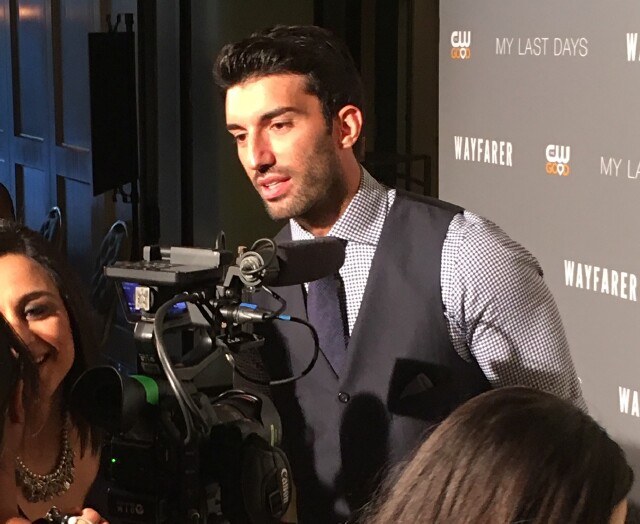 West Hollywood, CA -- “Jane the Virgin” co-star Justin Baldoni last night hosted a special screening at the London hotel of his long-time passion project “My Last Days.”  The three-part docu-series, debuting tonight and running through Friday on The CW, promises to do something many people would consider impossible: Shine an uplifting light on the very dark subject of terminal illness.  The series unquestionably delivers, largely because of the skillful storytelling by director Baldoni and his six extremely engaging subjects – Kendrick Evans of Tallahassee, Fla.; Kat Lazo of Las Vegas; Isabel Bueso of Concord, CA; Claire Wineland of Venice, CA; Jess Oldwyn of Seattle, and Darth Vader of Canandaigua, NY. (Yes, that’s his real name; he changed it years ago for personal reasons.)

The three hour-long episodes each feature abbreviated 18-minute versions of two of the participants’ stories.  Those abbreviated versions will then live on CWTV.com. Thirty-minute versions of each documentary will simultaneously premiere on CW Good.  Technically, these six stories comprise season two of My Last Days.  Season one debuted on YouTube in 2012.  The CW has already ordered a third season. 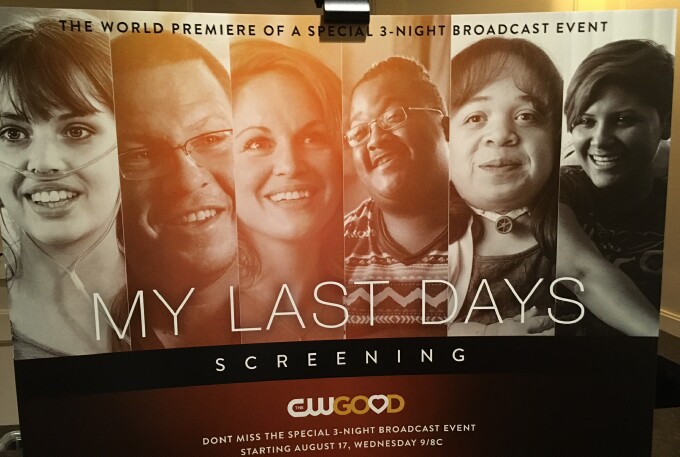 The dedication of three hours on three consecutive nights to the second season of a documentary series that has lived online for many years is certainly something new for broadcast television.  Baldoni summed it up very nicely at the premiere.  After telling the six participants that the evening was for them, he added that the night was also “about the potential of what the media can do in this world.”

The CW President Mark Pedowitz spoke movingly about My Last Days during the recent Summer 2016 Television Critics Association tour.  “I am many years older than these young people who are afflicted, and they’ve lived life far fuller than I have,” he told reporters.  “Even talking about it today, I feel a sense of, I don’t know, maybe personal shame that I haven’t grabbed life the way I should have. But I’m very proud of what Justin did and what CW Good has done with My Last Days.  It is very powerful … and I really urge you to watch it.”

“These stories had to be told,” an emotional Baldoni told attendees at the screening, at one point choking up and needing to take a moment.  “This started with a crazy idea that we could be inspired by stories that don’t usually get told and be inspired by things we might have to go through -- and one day will.

“I don’t know how you find the time to be as joyful and as happy and giving as each of you are,” he said to his six subjects.  “[Starting tomorrow] we are going to introduce you to the entire country.  This night is about us celebrating and learning from you.  You were put on this planet for a specific reason -- to inspire -- whether you like it or not.” 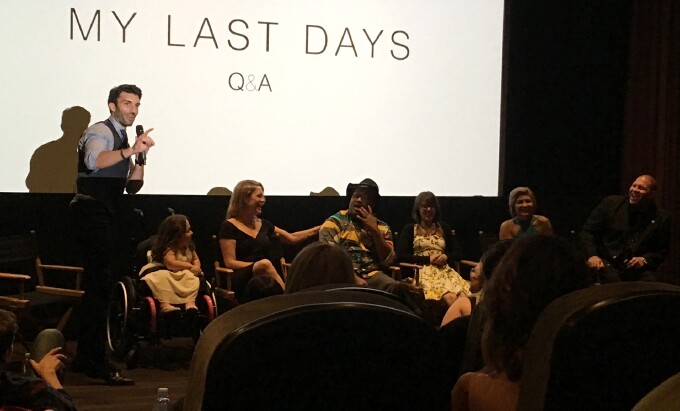 Throughout the series viewers will see how Isabel, Jess, Kendrick, Claire, Kat and Darth Vader (pictured with Baldoni left to right above) – and their families and friends – have chosen to take the potentially devastating hand life has dealt them and play those cards to the best of their abilities with seemingly limitless strength, humor and especially grace.  Their collective hope for the series is to encourage others to follow suit and leave a mark on the world, no matter how small and regardless of how long they may live.

Following the screening Baldoni and the six participants took part in an emotional Q&A session that had audience members sobbing through their questions.  The experience was perhaps best summed up by Darth Vader, an amazing man who, despite battling leukemia for the last 14 years, still competes in grueling Tough Mudder competitions.  “Reflecting on the title My Last Days is very contradictory,” he began.  “To me this is where it begins for all of our lives.  These are the mortality aspects of our last days, but to plant the seed and carry our legacy through family and children, these are far from our last days.”

All six stories moved audience members to tears – indeed, before the screening began publicists were scrambling to place boxes of tissues throughout the theater at the London.  But to single one out, there truly wasn’t a dry eye in the house at the conclusion of Jess’ segment, which in addition to documenting her heroic fight against brain cancer also tells an absolutely dismantling love story.

“I’m so proud of Justin,” his Jane the Virgin co-star Brett Dier told MediaVillage following the screening.  “I hadn’t seen these films before and I cried. They were just amazing.”  Dier and the rest of the Jane cast are featured in one of the segments, in which young Isabel visits the show’s set and spends time with star Gina Rodriguez.