KCRW: A Destination for Discovery 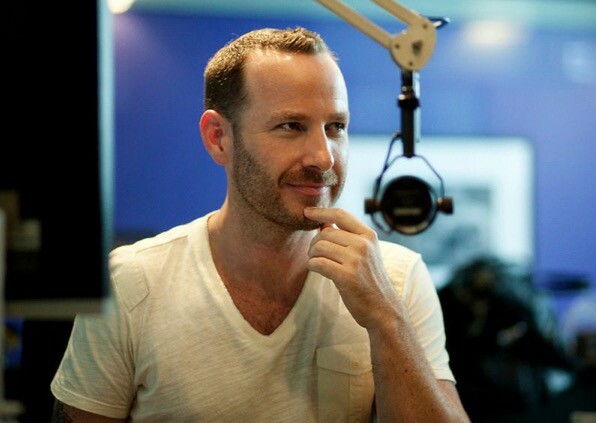 The radio industry recently touted stats from Nielsen’s Music 360 report about the dominance of radio as a music discovery source versus the big streaming services to the surprise (and delight) of some. While on-demand audio track streams have doubled in a year, people listing AM/FM radio as their destination for new music actually rose 7%. Yay radio. But it takes a diligent radio station to be all things to all music lovers given increasingly easy access to platform choices.  The paragon of multi-platform audio meets music discovery source?  Santa Monica College-owned KCRW.

The secret sauce of the NPR-member station in satisfying so many seekers? The multiple definitions of “Location. Location. Location.”  That means its many access points let listeners locate the content, actually being a location -- a destination -- for a passionate community of listeners, and ultimately its actual geographical location.

KCRW’s record-setting approach to creating accessibility has exemplified “early adopter” status and made it a global citizen and a digital media trailblazer. In an attempt to make content more widely available, the station produced from its inception what became known as “podcasts.” It was actually their podcast of “The Treatment” that was used by Steve Jobs to introduce the iPod and iTunes at a 2005 developers conference. KCRW was one of the first to embrace streaming online and was among the first radio stations to serve up more than one stream. It recently became the first station to have an app on Spotify.

The cross-platform content marketing efforts of KCRW are enviable. Every access point seems covered -- from a livestream of the broadcast, to archived versions; from in-studio performance videos on the home page to playlists that feature social sharing and song purchase links. Plus, featured artists’ club dates are posted on a robust online events and calendar page, with drill-downs to the bands’ sites, social accounts and bios. So, listeners interested in discovery never have to leave home -- or at least the station’s home page.

In browsing KCRW’s website it’s also apparent it’s not just about lesser known musicians; it’s the discovery of a diverse world of content overall, including news, talk and culture. You can listen to, say, Warren Olney covering local drone ordinances on “Which Way LA” or a review of porridge as a food trend in the San Gabriel Valley on “Good Food.” That diverse programming is the legacy of former General Manager Ruth Seymour, credited with bringing KCRW back from the brink when she took the helm of the NPR-member station in 1978.

In her 2010 retirement speech Seymour expressed her feelings about it. “Freedom and independence were the building blocks to KCRW,” she said. “Listeners were rooting for us … and our peculiar mix. We mirrored what was happening around us. We told [employees] to go to museums and clubs to find out what’s happening and incorporate that in their on-air work … We were just trying to survive. Success when it came was astonishing.”

“We’re an eclectic format [with] talk and music on one station … it’s programmed like a TV station,” Seymour’s successor, General Manager Jennifer Ferro, says. “It launched as what a station could be and we kept growing when other stations gave up [on that approach.] …With all the fragmentation in the media world, it’s a place to come home to.”

Many free-form independent stations are lauded for innovative playlists that drive discovery, from the beloved independent New York station WFMU, to KPFA of the Pacifica Network. But none have really had the consistent impact on launching musicians to mainstream appeal and opening millions of eyes -- and ears -- to new genres and sound styles to the degree of KCRW. Take a 19-year-old Adele in early 2008 to current 18-year-old phenom Grace Mitchell. Irish folksinger Hozier’s first live radio interview in 2014 to emerging hometown talent, Korey Dane, whose recent appearance on the station sparked Facebook requests for performances in listeners’ home towns from Seattle to San Francisco.  Weekday morning music show, “Morning Becomes Eclectic,” hosted by music director Jason Bentley (pictured at top), is a signature station program credited with launching or at least amplifying those and many other stars.

But the success of KCRW results from more than good programming and accessibility. Bentley, who also hosts its EDM dance show, “Metropolis,” describes KCRW as “the downtown that LA didn’t have.

“It’s where I went for ideas and discourse and music when I was young,” he recalls. “It was the imagination of what the city could be when it was more renegade and dangerous but artistically poignant.  It was David Hopper’s LA and Pee-Wee Herman … a lot of aspirational misfit creative people. I like to think of KCRW’s growth as part of the legacy of that movement.”

The LA locale adds to the music discovery aura: Area musicians showcased on KCRW were heard by the influential listeners in their own backyard of Hollywood, who picked up that music for soundtracks, TV show themes and more. That raised the bar for those hired to select and spin those tunes, and now many of the station air personalities are so lauded they have impressive off-air lives as music advisors, such as Bentley’s Music Supervisor credentials for the three “Matrix” movies.

As KCRW innovated across platforms and knocked down geo-fences, its playlist was heard by the world as well, and the SoCal-centric but now international community of listeners dubbed many of those DJs “tastemakers.”

How does one hire for “taste-makerism”?  Ferro says, “You have to trust your gut and ensure someone “‘gets’ the culture.” Bentley puts it this way: “We bring on people who have an open mind and a point of view … who have been involved in the community doing clubs, so they’re relevant. I think you have to step outside yourself in terms of serving a bigger purpose than your own specific tastes and interests and come to an understanding of what the sound of KCRW is.

“Our audience allows us to play a wide range of independent art and music and surprise them,” he continues. “They can hear the difference between something that’s commercially programmed versus a real human being who’s trying to tell a story through music.”

From a commercial success perspective, Bentley acknowledges that their programming is “not a philosophy that big media board rooms have much confidence in,” he says. “But we’re out for a Michelin star -- a gourmet, artistic experience.”  And, he adds, it’s a smart audience which sponsors approach a little differently, a little more thoughtfully.

Bentley is appreciative since the station is limited in its resources and underwriting helps enable original live session concerts, for example.

Yes, live events are also in the KCRW realm. In partnership with the LA Philharmonic they’ve been introducing throngs to an even broader universe via KCRW’s World Music Festival for almost 20 years. “Booking an 18,000 seat amphitheater means there has to be some give and take between art and commerce: what will sell and what will be fresh and innovative,” Bentley says.

That balance of art and commerce has meant the world to listeners and sponsors, who embrace rather than run from the eclectic nature of the content. And, as Seymour said in her speech recapping the station’s success at home and then internationally, “that tells us something about idealism and to not be afraid to reach high.”