Keri Russell On the "Surprising" End of FX’s “The Americans” 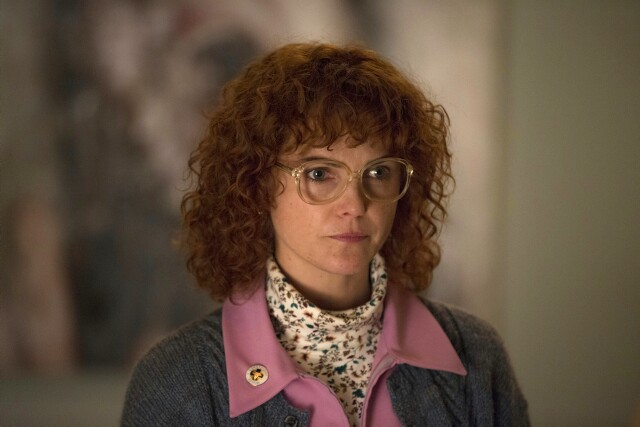 FX last night telecast the series finale of its much-lauded thriller The Americans, ending the story of Philip and Elizabeth Jennings, two KGB spies posing as Americans in suburban 1980’s Washington, D.C., that began six years ago.  No one was more surprised by the events of the ending than Keri Russell, who had no idea throughout the run of series how the couple’s story might conclude.  “One thing I've always loved about the series is [being] continually surprised, in a good way; always being surprised by the turns and twists as they never bored by me,” she revealed during a post-mortem conference call for the series.  “I had no idea what was in store.  The way the season was going, by the third or fourth episode I thought they were setting [my character] up to die.  She was so unlikable and could never redeem herself -- but I was on board for whatever they wanted.  I'd kind of grown accustomed to trusting them and not guessing because I've always been so far off.  I didn't know how it was going to go at all.  [Warning: The rest of this column contains spoilers about the series finale.]

“All of [the final] script surprised me,” she continued.  “I had no idea they’d take such an emotional route of devastation [with their] kids.  I did not see the Henry (Keidrich Sellati) aspect coming at all and that was just devastating to me.”  The writers’ decision to have the couple lose custody of their children indeed blindsided the actress.

“[After reading the script] one of our directors, Tommy Schlamme, said something that made so much sense,” she continued.  “You are watching this couple and rooting for them, but want them to pay for what they have done, but then chose the most painful way for them to pay” – they took their kids away.  They’d already lost Henry, but to take their daughter Paige (Holly Taylor) away?  As a mother, it was too much!” 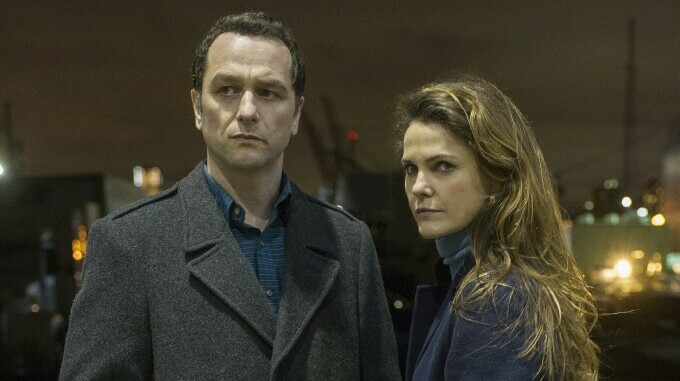 What the couple was paying for was six seasons of murderous subterfuge that saw targets and innocent people lose their lives to the spies.  Over the years Russell got to don many disguises, something that proved to be a highlight of doing the series for the actress and something she was happy to lament about. “There were so many good ones,” she laughed.  “There was something really awful about Stephanie, the nurse with the red hair (pictured at top).  She was so unattractive, and I loved it.  Ultimately, it's the culmination of all of them.  For the wrap party someone sliced together this giant montage of all the disguises one after another and it was kind of amazing.”

Russell was thrilled to see the Jennings’ arranged union become real over the course of the series -- largely due to her off-screen relationship with her co-star Matthew Rhys (pictured above with Russell).  The couple met on the show and have been together since 2013.  “There are many things I'll miss about working with Matthew,” she noted.  “Just having a professional partner like that was fun to work with because he's so good.  It's sort of like playing tennis with someone, where you're only as good as your opponent.  I’ll especially miss that.  There’s just an intimacy you have with someone that you're so familiar with.  We did have a lot of fun together, although it is time for it to end before we do kill each other.  We had a good run for sure.  I always enjoyed the fights with Philip because Matthew was such a great scene partner.  [It] never felt like work.”

While Russell revealed she was “sad” to see the series end she believes the timing is perfect.  “It feels like the right time,” she said.  “I think the stories were still so good and compelling and I would have hated to be involved in something that I thought was creatively so interesting and then watch it peter out.  As much as the sixth and final season coming to a head was hard in ways, it really felt right. To be honest, I worked so many nights and was so tired I was glad it was ending because [I was thinking] I can't do this anymore.

“I really hope the fans liked it and feel the way I do as a reader of the scripts,” she added.  “I hope they got the same feeling I got which was a thrilling emotional journey, then, an ending.  I hope they're satisfied.”