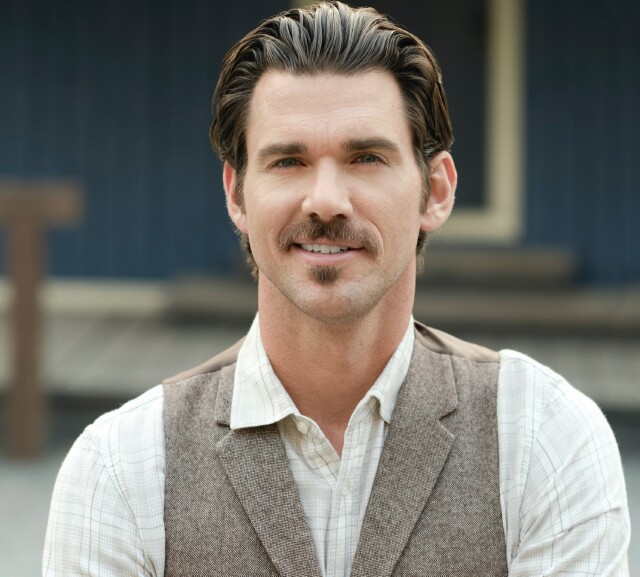 If you think Kevin McGarry (pictured above) is suddenly all over Hallmark Channel, you're right. The popular star of When Calls the Heart was most recently seen in walking down the aisle with Lacey Chabert in The Wedding Veil trilogy and will be seen next week in the premiere of the movie Feeling Butterflies (co-starring his When Calls co-star and real-life lady love, Kayla Wallace -- be here next week for more about that). Until then, McGarry will be celebrating the return of When Calls the Heart for its ninth season. So, is he taking over? "Yeah, my plan is almost complete," he laughed during an exclusive interview with MediaVillage. "I have one more [movie] that has something to do with butterflies, and now all I need is an Easter movie. Once I do one with bunnies, then I think they'll actually just give me the network!"

All this is great news for fans of McGarry, who became a favorite on When Calls after joining the series in its sixth season. Since then, he's been a central part of the show's Nathan//Elizabeth/Lucas love triangle.

"Season nine opens with him in a better place," McGarry continued. ""I mean, for sure he still cares about Elizabeth. I don't think that's ever going to go away, but does it turn into anything later? Who knows? You gotta tune in. There will always be a spot in his heart for Elizabeth, and in the beginning he's accepting of the situation. He's not actively open and looking for anybody to move on with, but if it happens, it happens. I think his focus is now on [his niece] Allie (Jaeda Lily Miller), keeping the town safe and all those things that challenge him throughout season nine. We'll see people coming into the town trying to push it in one way and he has to take a stand." 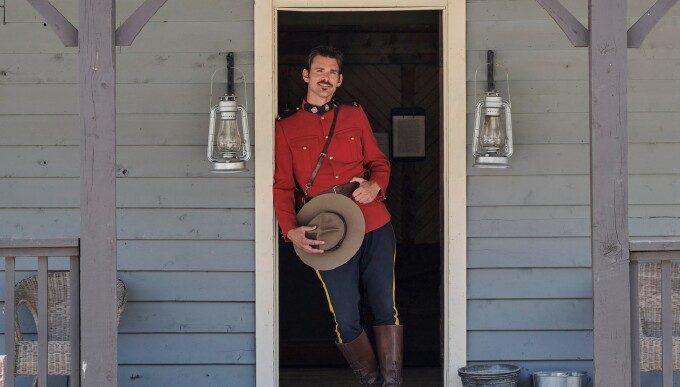 Now that his character has closure concerning Elizabeth, McGarry said, he feels more a part of the show's ensemble cast. "I think for the last three years, [Nathan's] kind of been a bit of an outsider," he shared. "That's what's been kind of fun to play with. In a show where everyone's happy all the time -- and that's great, don't get me wrong -- it's fun to play the character where maybe everything just doesn't go right all the time. As in life, that's how it is, and you have to make the best of it.

"He had a very tumultuous season eight," he continued. "Of course, there's gonna be things in season nine that throw him for a loop. But, as with any good character, and any fun character to play, he learns from his mistakes and might come at them differently than he did two seasons ago."

As for Nathan finding a new love, the actor is keeping tight-lipped, admitting, "They'd shoot me if I said anything." Still, starting the new season with a clean story slate was a joy. "It was refreshing in a way," he said. "We played that love triangle for three years, and so much of Chris' and my characters [stories] revolved around Elizabeth. That has been resolved for now, so our characters get to move on and be fleshed out a little more. I think Nathan always had kind of some stuff kind of going on, but especially [in] that last season, we were kind of revolving around Erin's character and who would she pick. Now, it really feels like it has changed and we're in new territory.

"The show's gonna change a little too, in a way," he added. "We're moving into the 20th century, and essentially the industrial revolution and what that does to a small frontier town. Refreshing is a great word, as it's kind of new beginnings, new territory and we'll see what happens."

McGarry has an interesting take on Nathan being dumped for Lucas. "They laid it out that it could have gone either way and very cleverly," he recalled. "I was told it was very open for a long time on which way it could go, and it made sense to me. But you know what? I'm glad they showed him heartbroken. She could have gone either way for different reasons. But it was great they showed somebody get hurt.

"It wasn't a happy ending," he continued. "It was a courageous scene where she stood in front of somebody and tells them [she] doesn't love them. So, I was happy they resolved it in a way that allowed everybody to feel everything at the end. It feels great to play these things differently on a channel where everybody, usually, gets a happy ending. To get to be the guy that's like, 'Well, that didn't work out the way I wanted it, and now what?'

"That's where Nathan is at the beginning of season nine," he shared in closing. "And now what? We'll see what he does with that. I was listening to The Rolling Stones' song 'You Can't Always Get What You Want' this morning. That's Nathan's theme song, and it's a good lesson."

When Calls the Heart returns Sunday, March 6 at 8 p.m. on Hallmark Channel.