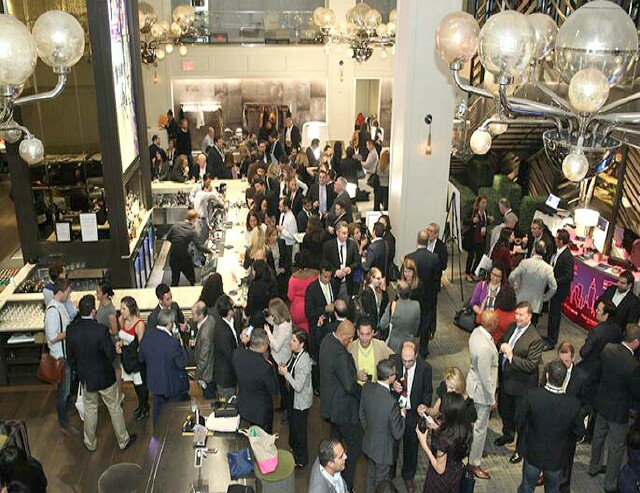 Truth be told, with all there is to watch on TV, for most of us every week is Television Week -- but the official title has been bestowed to three days in October. NYC Television Week presented by Broadcasting & Cable, Multichannel News, Next TV and Ratings Intelligence connects development, production and network executives in conversation around television. Let it be known that the water cooler moment is not dead; people love talking about television and will pay a registration fee to hear others talk about it. While the most enjoyable part of Television Week may have just been the occasional conversation starter “what’s your favorite show right now?” we’ve taken note of our most important observations below.

The Rules of the Ratings Game Have Changed

Advertising Week was dominated by talk of the Adblockalypse. Television Week did not have quite such a dominant panic-inducing theme, but talk of ratings measurement was almost on a par. Nielsen continued to get the post-comScore/Rentrak merger beat down, alternately being accused of stifling innovation through decades of dominance and failing to innovate as devices multiply and viewers migrate. Great content will always find viewers, we kept hearing, but no one seems to yet have the tools to measure all of them. As Jay Sures from United Talent Agency put it, overnight ratings now mean absolutely nothing and there’s absolutely no standard in ratings measurement.

Now Measurement Matters More Than Ever

“Everyone in the room would agree that television measurement has to get better,” NBCUniversal Chairman of Advertising Sales and Client Partnerships Linda Yaccarino declared in her keynote at the Advanced Advertising Summit, adding that measurement is one of the issues that keeps her up at night.  Later that day, GroupM Chairman Irwin Gotlieb expressed similar sentiments, saying a 50,000 household panel is just not enough to measure VOD and delayed viewing.  Like at Ad Week, outdated TV measurement systems were brought up again and again throughout the conference, particularly if a Nielsen executive was on a panel.  With up to 30% of viewing going unaccounted for (according to Yaccarino), all eyes are on Rentrak/comScore and other non-Nielsen players to shake up the system. “Rentrak is a seminal moment in time,” NBCU Executive Vice President of Digital Enterprises Evan Shapiro emphasized in a panel later in the week.

Even during panels on programmatic, many execs emphasized the value of creating an authentic brand journey for the consumer through storytelling.  However, for many advertisers, where that consumer is reached -- regardless of TV program or device -- is of diminishing importance as long as they reach that particular consumer, according to panelists at Advanced Advertising. While real-time bidding for TV is not yet possible, programmatic TV advertising is on the rise and will continue to be a discussion point for advertisers.

The Female Gaze Is So In (and Tiny Houses, Too!)

In an entertaining panel on capturing trends in TV, panelists dove into the tricky nature of content creation.  When it comes to capitalizing on trends, “You can’t follow, you have to be ahead,” said Karen Bailey, Senior Vice President of Original Programming at Starz. That’s one of the reasons the network fought so hard for it’s hit show “Outlander” after they discovered viewers were hungry for stories told from a female gaze (not to mention the extensive built-in fan base of the books). Similarly, Nick Rigg, President of Loud TV, highlighted the popularity of the tiny house movement -- people opting to live simply in extremely small houses -- which resulted in six upcoming shows. It seems we will be seeing a lot of tiny houses in the future. “Trends are about a moment in time, and we have to answer those moments” by translating interests into programs people will actually want to watch, concluded Rafe Oller, General Manager of Z Living Network.

As viewers turn to OTT and delayed viewing options, advertisers are concentrating on branded content in order to more effectively reach their audiences. “Brands are actually bringing ideas to content creators,” said Dan Reiss, Executive Vice President of Integrated Marketing and Branded Content at Turner. This doesn’t mean sacrificing storytelling and authenticity during the creative process, however. The challenge lies in creating a story that’s both compelling to the viewer and tells a story that the brand wants to tell, explained Reiss.

Even in live tent pole events, such as award shows, brand integrations “have to make the show better,” paying off for the viewer in entertainment value, said Michael Nieporent of Dick Clark Productions.

Spanglish TV is On a Roll

In the basement ballroom of the Park Central hotel the space was packed and the energy palpable for the Hispanic Television Summit -- a particularly appropriate atmosphere for a dynamic part of the industry catering to a young, fast-growing audience. (By contrast, the Content Show upstairs was almost morgue-like, perhaps reflecting the existential crisis English-language TV is enduring as linear fragments to countless OTT formats.) Apparently, nine-tenths of the Hispanic Pay TV audience watches English-language programming, while nine-tenths of the Hispanic broadcast TV (and sports) audience watches in Spanish. In that sense it’s a very “Spanglish” world. (The term Spanglish was more commonly heard as a less-than-flattering label for shows like Netflix’s “Narcos” that straddle the language line without committing to either.)