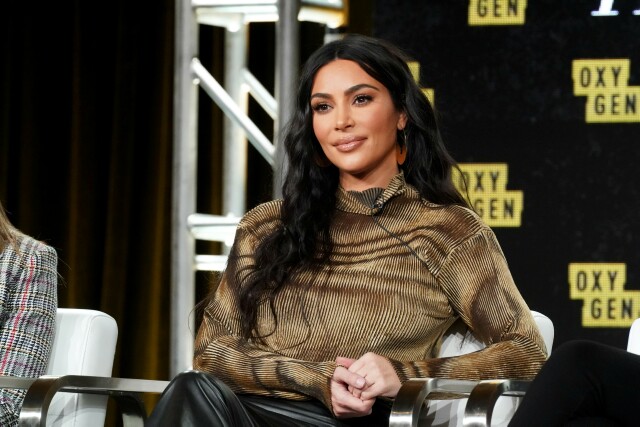 Kim Kardashian West is no stranger to the law.  Growing up the daughter of Atty. Robert Kardashian, who in the mid-Nineties famously represented his good friend O.J. Simpson in what would become known as “The Trial of the Century,” the inner workings of our judicial system were an ever-present fact of life.  So, when Kardashian West heard the story of Alice Johnson, incarcerated as a first-time, non-violent drug offender serving a life sentence, she personally went to bat for her.  Believing the sentence did not fit the crime, Kardashian West went all the way to the White House to plead the case and, following a meeting with President Trump, managed to get the 63-year-old Johnson’s sentence commuted, and she was freed.

Ignited by these events, Kardashian West decided to follow in her late father’s footsteps and pursue law.  She embarked on an internship at an L.A. law office, enrolled in classes and is currently doing all the work required before sitting for the bar in a few years.  Eager to put faces to those she believes have been unjustly treated, the idea of a documentary focusing on her efforts was born.  When Oxygen heard that Kardashian and the producing team behind E!’s long-running Keeping Up with the Kardashians wanted to do a documentary on the issue, they jumped at the chance to partner with them.  Kim Kardashian West: The Justice Project was born. 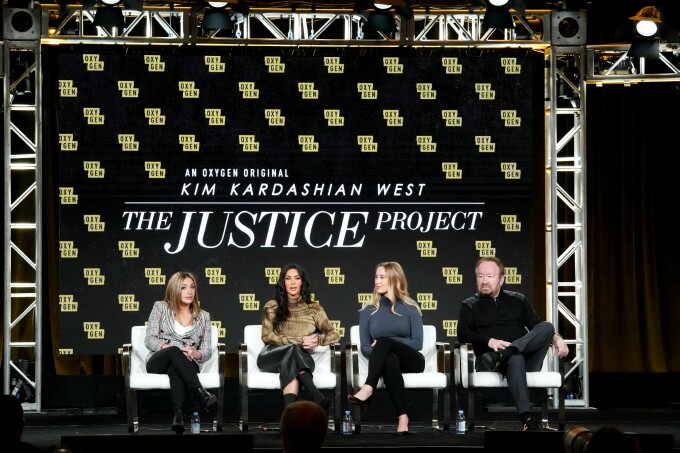 While Kardashian West’s motives for embarking on this new career path have been questioned, she told reporters at the Winter 2020 Television Critics Association tour in Pasadena that publicity was not one of them.  “No, I'm not doing it for publicity,” she asserted when asked about skeptics.  “I’m very used to criticism, so nothing really fazes me.  I'm one of those ‘not human’ souls that can deal with it.  I genuinely just stay focused on cases and people and am extremely compassionate.

“I really do care,” she continued.  “I spend 20 hours a week away from my family and my kids.  I just completed my first year of law school and recently aced a test.  There’s much behind the scenes that has never been publicized on the cases that I work on.  I literally do this every single day and spend hours of my time away from my work and everything else, because once you get so deep into the system you just can’t give up.  I was not aware of so much that goes on for so long.”

While Kardashian West admits the life of a justice-fighter can be both “exhausting and frustrating,” she believes she can make a difference.  “All the criticism in the world will not deter me from what I want to do,” she emphatically stated.  “I hope that The Justice Project can really [help].  For the public to see Alice Johnson made a difference that I believe led people to endorse the First Step Act that [has released] thousands of people.  I think Alice put a face on the injustice that goes on in sentencing issues.

“Alice shouldn't have the same sentence as Charles Manson for a first-time, low-level drug offense,” she added.  “That just didn't make sense.  I didn't understand it, and I saw Alice, heard her story and I educated myself.  I believe the people that we have chosen for this documentary will do the same in that field and let people know that even if there was a violent crime involved, you have no idea what was on the other end and what led them to make those decisions.”

Kardashian West also admitted that while joining the legal profession may not have been at the forefront of her mind, subconsciously it was.  “[I] lived in a home with my attorney father who made me sign a contract for everything, [like] when I got my car I would make sure I had gas and washed it once a week,” she said.  “I think [from] the time I was a teenager and he was working on the O.J. case and I was sneaking into his office looking at all of the evidence and things I shouldn’t have been looking at, to the day that I happened to be on Twitter and saw a video pop up of Alice Johnson, maybe [the law] was in my soul.  People would ask what I wanted to do if I wasn't filming my show?  I always said I wanted to be a crime scene investigator or an attorney because I've been interested in the law.

“I'm raising four black children that could face a situation like any of the people that I help,” she added in closing.  “Just to know that I could make a difference in my children’s lives and their friends’ lives and their children’s lives by helping to fix such a broken system, that is just so motivating for me.  I just wish I could help everyone.”

Kim Kardashian West: The Justice Projectis slated to be telecast Sunday, April 5 at 7 p.m. on Oxygen.