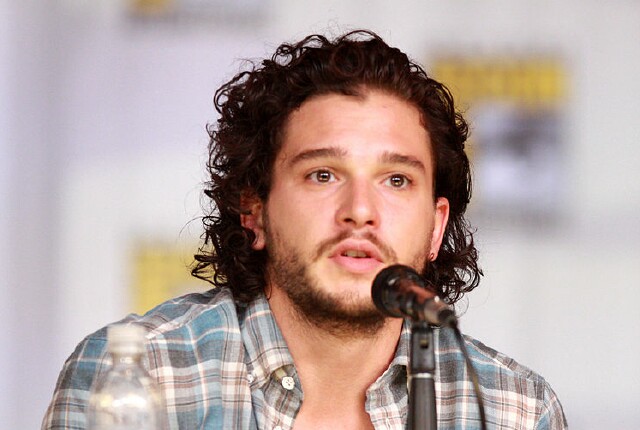 Inspired by Jack Myers' new book, The Future of Men: Masculinity in the Twenty-First Century, this is a weekly blog focused on gender equality. This week, Kit Harington claims Hollywood is sexist to men, the Sims go gender-neutral and Apple is under fire for selective support of LGBT rights.

Showing support for LGBT rights and inclusiveness, EA has announced that they have removed gender-specific character restrictions from their popular lifestyle simulation game The Sims, The Guardian reports. In the game’s options for the customization of characters, choices such as hair styles, voice pitch, clothes and accessories will no longer be split into binary male/female categories and can be applied to any character. “The Sims is made by a diverse team for a diverse audience, and it’s really important to us that players are able to be creative and express themselves through our games,” Maxis, the EA subsidiary that makes the game, announced in a blog post.  Creators have received positive feedback from the LGBT community, which has been calling for gender neutrality in the game for a while. You can preview the game’s changes in the video below.

“Game of Thrones” star Kit Harington (pictured at top) stirred up controversy this week after calling out Hollywood for what he calls “sexism towards men,” The Guardian reports. In an interview with the the Sunday Times, Harington said he recognizes the bias toward and mistreatment of women in the industry, but claimed attractive male actors also face discrimination. “I like to think of myself as more than a head of hair or a set of looks,” Harington commented. “It’s demeaning. Yes, in some ways you could argue I’ve been employed for a look I have. But there’s a sexism that happens towards men. There’s definitely a sexism in our industry that happens towards women, and there is towards men as well … At some points during photoshoots when I’m asked to strip down, I felt that.” As to be expected, Harington’s remarks received a lot of backlash for playing up his looks and misinterpreting the definition of sexism (cry us a river, Kit). As one feminist blogger pointed out, “I think what he is actually describing is feeling objectified, which certainly isn’t a phenomenon belonging to a single gender.”

More on the Masculinity Crisis: Britain vs. America

According to new research from YouGov, which revealed that younger men are less likely to describe themselves as “completely masculine” compared to older generations, British men feel less masculine than American men. What does this difference imply, and does anyone really know what “masculine” means today? The Guardian dove into the data and talked to experts to find out. Jeffrey Leak, associate professor of English at UNC Charlotte in North Carolina and author of American and European Masculinity, commented on the change in traditional gender roles; in America more than Britain, he told the Guardian, “men are asking themselves: ‘If I’m not the breadwinner, then who am I?’” Towson University professor Andrew Reiner pointed to a gap in masculine identity between upper and working class Americans, going as far as to say that a masculinity crisis among working class men has contributed to the rise of Republican presidential nominee Donald Trump. All researchers and experts admitted the traditional idea of manhood is changing. Read the full piece by clicking the link above.

Apple has been consistently praised for its efforts to support and represent the LGBT community, but is the brand now being discriminatory? On Mother’s Day, Apple debuted a new ad containing a same-sex couple lying in bed with their two infants, which was shown across the US. In international versions, however -- specifically France, Germany, Italy, Turkey and South Korea -- the same-sex couple had been cut, causing the brand to come under fire for being selective about where its showing support for LGBT rights, Ad Age reports.  While it’s not the first time that Apple has altered ads for international markets, given that Apple CEO Tim Cook is the first openly gay CEO in the Fortune 500 and Apple has been a staunch supporter of LGBT rights, it is an especially strange decision from the company. Watch the US version of the ad featuring the same-sex couple below.