Lady Long Rider: The Trail from Montana to Walden Pond 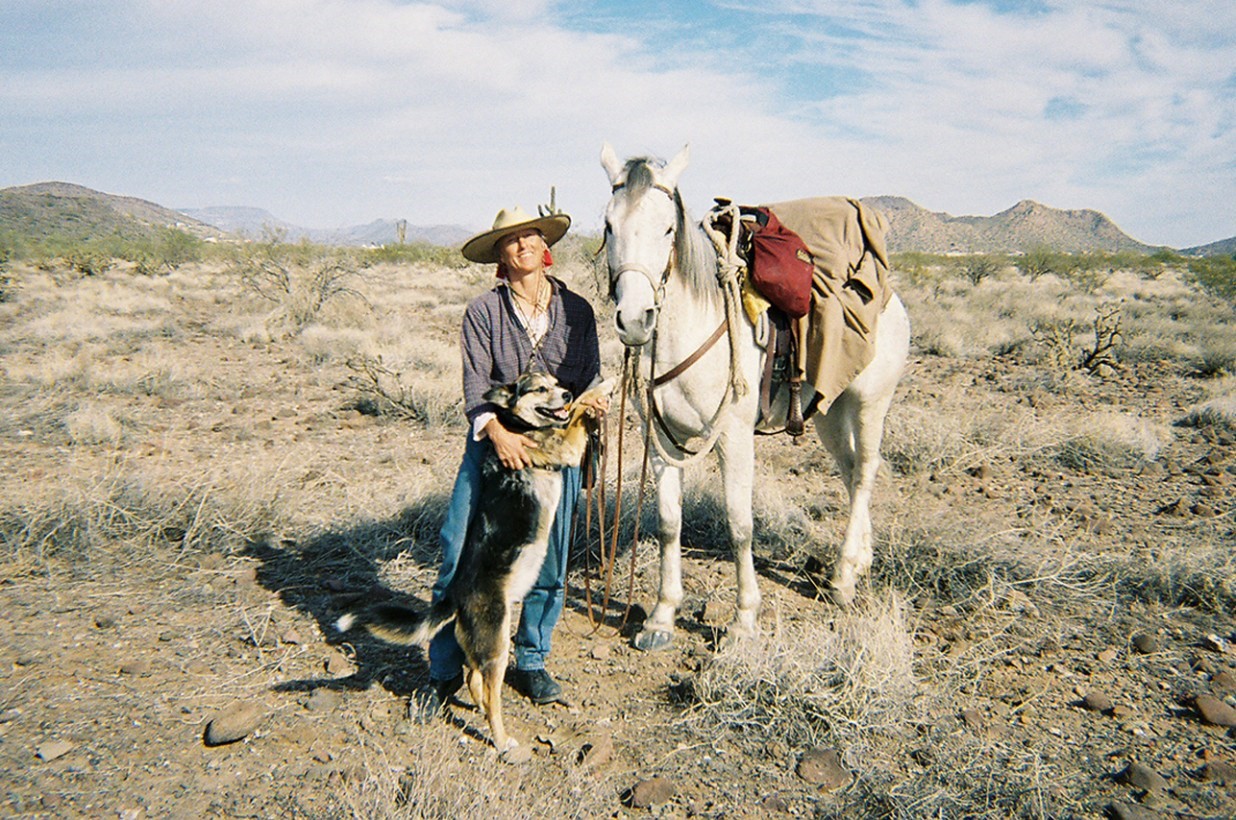 Henry David Thoreau sequestered himself in a cabin on Walden Pond outside Concord Massachusetts in 1845. "I went to the woods because I wished to live deliberately," he wrote of his two years there, "to front only the essential facts of life, and see if I could not learn what it had to teach…." In 2018 Bernice Ende (pictured at top) wrote about her decade and nearly 30,000 miles alone on horseback riding across America. "By taking these precarious steps closer to nature -- to the weather, the land, the water, the animals, and the feeling that I am a part of it all -- I have found contentment and happiness, and it is here I belong."

Their starting points separated by a continent and 160 years, the transcendentalist and the lady long rider traveled different journeys. But they arrived at the same place, experiencing the world first-hand and discovering their place in the scheme of things along the way. Thoreau's time on Walden Pond was an experiment. A philosopher, he left a social critique. His findings extolled simplicity, decried materialism, and celebrated the beauties of nature. Ende's first long ride began after an epiphany of sorts. Her book is a memoir, a meditation and a memorial to the women who liberated her to uncover her own meaning and strength in life on the trail.

Lady Long Rider - Alone Across America on Horseback describes dramatic ups and downs, and not only on the terrain Ende rode. Moving to Montana in 1993 after a divorce and illness, she explains, "was the ending of one of my long rides of life and the beginning of another. I know now that there are many kinds of long rides." A Minnesota farm girl who became a ballet teacher, horse trainer and riding instructor in a small mountain town, she somehow put together the horse, means and moxie in 2005 for her first long ride, 2000 miles from northwest Montana to northern New Mexico.

After five months of mountains, deserts, weather and anxious impulses to quit, assuaged by "trail angels" who helped along the way, Ende arrived outside Albuquerque knowing what would be next. In fact, she saw her future. "The further from the comforting familiarity of home I got…the closer to the beckoning distant shore I would come." Six solo journeys followed. Five circumnavigated the American West, Southwest, and Midwest as well as Canada's western provinces. The last, her ride from Montana to Maine and back to Washington state, spanned 8000 miles coast to coast.

Ende's description of 29,000 miles in the saddle with her horses, Grace, the wonderful dog who made all but her last trip, and the barest, well-chosen essentials, conveys her experience. But the story is far more than the eccentric traveler's Baedeker for living rough. It is an homage to reality that pointedly, if unintentionally also presents a critique of our technology-addled world where the inhabitants stare at their palms rather than the landscape or life around them. Ende chronicles the beauty of her trail as well as the risks in its rocks, ravines and rivers that are only pixels on flatscreens facing the occupants of the cars that race by her, oblivious to nature and its moment.

A journal provided the primary source material for Ende's memoir and her writing captures her daily routine as a diarist would. Caring for her horses and dog, choosing her course as dirt roads diverge in confusion on the plains, greeting the curious who stop her to talk, breaking into a bunkhouse to shelter from a storm; all reflect her love as well as logic and survival. They're also lessons, learned the hard way and never repetitive, as Ende demonstrates her savvy in coping with the challenges alone on her trail.

And they are life lessons. "The map tells me what places are ahead, but it does not tell me what lies ahead. I must witness in person before I would truly know my path." Few have Ende's perspective on the continent's wide-open spaces, but none can miss her wonder in experiencing what they can bring. Heading east through Montana's Mission Valley, she barely finds cover under ancient firs before a thunderstorm strikes. "What is it about weather that I so want to be part of?" she writes. "Nature has wrapped me in her arms with no immediate escape… She fills me with vitality and nourishment. It is the secret to being alive."

The Snowcrest Mountains. Lima Reservoir. Henry's Creek. Pie Town. Ende's view of the country as she rides or walks through beside her horses is granular. The proper names of its features and places make lyrics of her prose. The smal 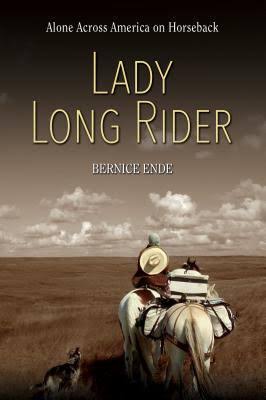 l towns, mostly shadows of themselves, also tell their story. From Nicodemus Kansas, founded by Black homesteaders who went West after the Civil War to build a free life, to Forsyth Montana where Ende winters among its octogenarians in 2011 as she finishes a 6000-mile ride, new friends materialize to welcome her, personifying a real as well as vanishing America.

Ende's transcontinental ride, her last long journey, is her tribute to the women she recognizes as liberators and life-long models. To be sure, she includes other long riders in her prologue. But her mother, who created a home amidst the hard business of farming, and her great aunt, the first woman to graduate from Harvard's school of public health, are closest to her heart. So, too, are the historic reformers Ende credits as forebearers: two centuries of suffragettes, including Susan B. Anthony and Elizabeth Cady Stanton, whose history brings her route through upstate New York to pay her respects on the way to the Maine coast.

In the arc of her memoir, Ende begins and finishes her story with a notion of community. From the vision in 2005 that launched her as a long rider to her admiration for the pathbreaking women to whom she professes her debt, she imparts her sense of belonging. Riding through New England, Ende describes her delight at discovering how much of the nation's history has been preserved along with the natural beauty of the countryside. She marvels, "I have witnessed a high level of citizenship and a concern for the welfare of community and not just the individual." It is an observation all too relevant to what's missing in these divisive times.

Lady Long Rider, Wren Winfield's fine documentary released last May, tells Ende's story, as does her appealing memoir. The book is a portrait of a character and a country. It represents a cornucopia for any screenwriter. There's nothing virtual about the experiences Ende captures, nor ersatz about the sentiments she evokes.

Homeward bound from one of her long rides, Ende reflected later on what it meant to her. "And now I know how truly content I am as a nomadic equestrian traveler devoted to my horses, my dog and my journey." Or as Thoreau put it in 1854, "heaven is under our feet as well as over our heads."