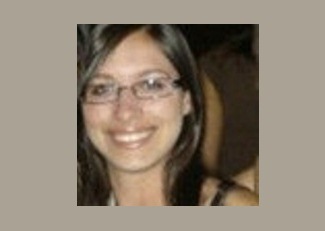 I don't know if I am amused or offended by Last Man Standing.

The return of Tim Allen to the small-screen hearkened back to a TGIF-era, and I quickly latched on to the familiar comedy. Allen's new character, Mike Baxter, might as well be Tim "The Toolman" Taylor, minus the signature grunt.

Baxter, a traveling salesman for a sporting-goods store, is grounded back home when the company decides to close its catalog business and set up a Web site instead. Now Baxter is at home full-time with his wife and three teen-age daughters. He is irritated by their femininity and the boys they date who can't change a tire and go tanning. 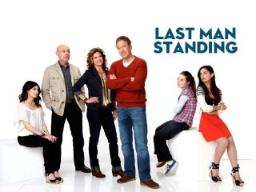 It would be easy to criticize Last Man Standing as old fashioned, and quite frankly, a bit sexist. Baxter is appalled by the daycare his oldest daughter, Kristin, sends her toddler son, mocking it as "hippie-hippie rainbow." He doesn't want Boyd to be taught "sensitivity and tolerance." "I just don't think your kid should go to that school," he tells his daughter. "You know how that ends up – Boyd dancing on a float."

But if you are able to ignore this seemingly homophobic comment (13 million viewers did), Last Man Standing does portray some traditional values of what it means to be a man that seem to have gotten lost among "The Situations" of television.

Baxter is concerned about men today, and rightfully so. In the video blog he sets up for his company's Web site he rants: "What happened to men?...Modern men, what do you do, you run from stuff, responsibility, fatherhood, you can't even change a tire…why don't you get off the coach you moron and go outside. You'll see something bright, it's called the sun, it's like a tanning bed, but it's free."

In the second episode of the one-hour premier Baxter laments out being coddled: "Those are tough SOBs the Navy Seals. You know why, because when they fell down their parents probably said 'get up'. Not the rest of us, we baby-proof our lives now. That eliminates the chances of surviving and adapting to things…You want to teach your kids how to survive, that's your job as a parent. Your kid can speak Spanish, great, Chinese, perfect, poetry, perfect."

You may not like some of Baxter's closed-minded ignorance, but he is a very real example of the beliefs of many Americans. Not all of his criticisms may sit comfortably, but it's hard to argue with some of the accusations he makes of the state of American men.

Jeanine Poggi is a financial journalist by day, TV addict by night. She started her blog, Too Much To Tivo, in April 2010 as a way to dish about her favorite shows and characters. The series currently recording on her TiVo include So You Think You Can Dance, The Big Bang Theory, Vampire Diaries, True Blood and American Idol. Jeanine can be reached at jpoggi@toomuchtotivo.com.

Read all Jeanine's MediaBizBloggers commentaries at Too Much To TiVo.

Jeanine Poggi is a financial journalist by day, TV addict by night. She started her blog, Too Much To Tivo, in April 2010 as a way to dish about her favorite shows and characters. The series currently recording on her TiVo include So You Think You Can Dance,…