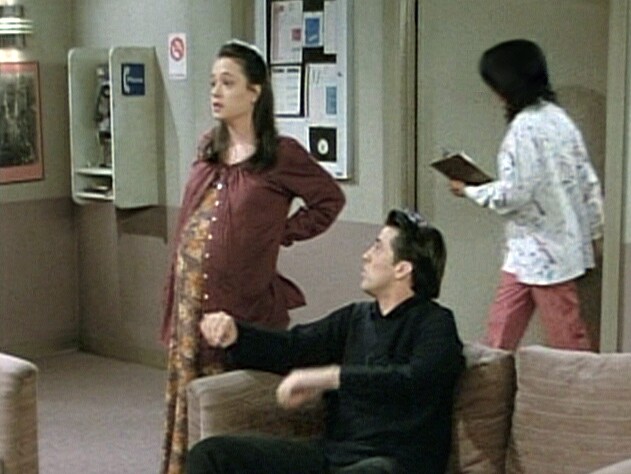 (Editor's note:  This column was originally published on July 2, 2016.)  Leah Remini made headlines in 2013 with her very vocal decision to leave the Church of Scientology.  The move sparked a media frenzy and was featured heavily in the storylines of her 2014 TLC reality series Leah Remini: It’s All Relative.  The show was cancelled after two seasons but has reportedly given rise to a potentially explosive new series about the Church’s effects on families that Remini is producing.  But before her war of words began with Scientology, Remini was getting friendly with Matt LeBlanc's sweet dimwit Joey Tribbiani on the classic comedy Friends.

For Remini, walking onto the set for her 1995 guest appearance in the episode titled “The One with the Birth” was bittersweet -- because she actually had come very close to becoming an actual “Friend.”  “I had auditioned for the role of Monica,” she told me.  “As an actress you go on each audition thinking ‘this could change my life.  I could get my car out of repo, or get a nice apartment that's not backed up to a bar in Hollywood,’ so everything rides on those moments.”

In fact, Remini didn’t just read for the role that would eventually go to Courteney Cox, she made it all the way through to network-head approval.  “I was devastated that I didn't get it,” she admitted.  “We all knew it would be a huge hit.  We just knew it.” 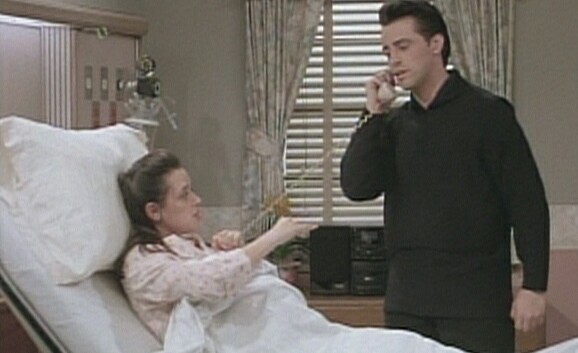 As Lydia, an opinionated pregnant woman whom Joey befriends and assists as her birthing coach, Remini finally got her turn on Friends, albeit mostly on a hospital set.  Still, she recalled stepping onto the show’s Warner Bros. soundstage with great fondness and is not at all bitter about having lost a leading role.  “Actually you would think that I’d go on there thinking, ‘This could've been mine!  All mine!’” she laughed.  “But no, I didn't.  I always knew there was a show for me and that's what I always tell actors; that there is something there for you.  Your time will come when it's time.”

Given the massive success of the show, she does remember a certain level of trepidation when it came time to appear on it.  “I was scared. Beyond scared.  I was thinking, ‘Oh God, they are all such stars,’” she recalled.

Remini’s time would eventually come in 1998 with King of Queens, a role she admitted to “not wanting to audition for.”  It was around that time that she turned down the opportunity to audition for the part of Karen Walker on Will & Grace.

“Megan Mullally auditioned for [Remini’s role, Carrie Heffernan] on King of Queens,” she said.  “Megan actually went to the King of Queens audition, didn't get it and was in her apartment devastated when the Will & Grace casting people said, ‘You need to come in for this, it's a great part for you.’  She said, ‘No, I wanted King of Queens!”

Seems everything eventually worked out for all involved; Remini’s King of Queens did become her Friends, ending its hugely successful nine-year run on CBS in 2007 and continuing in syndication for many years to follow while Mullally became a star thanks to eight seasons playing Karen Walker on Will & Grace.  Today Remini has made peace with her Friends past and is happy to have found success elsewhere.

As for the longevity of Friends, she has this to offer: “I think good shows just live on.  I think good writing will stand the test of time.  The outfits not so much, but good writing does.”