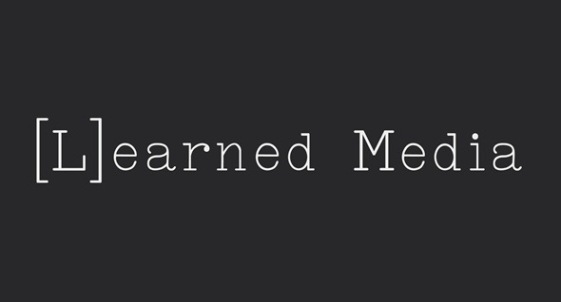 SB Nation's new video series, A Day's Work, has several interesting things going for it: baseball legend Wade Boggs, an insider's look at unique baseball stadiums, and the workers who do odd jobs around the ballparks. It also has a major corporate sponsor in Jeep.

It might have gone down as one of the least interesting Twitter hacks of all time, except it was fake. Which makes it … interesting?

Heineken Dares JFK Travelers to Ditch Their Plans, Press a Button and Board a Flight to Parts Unknown

Here's an airport stunt from Heineken that truly embodies the brand's adventurous spirit. Twice this week, Wieden + Kennedy in New York set up a board at JFK's Terminal 8 and dared travelers to play "Departure Roulette"—changing their destination to a more exotic location with the press of a button. They had to agree to drop their existing travel plans—without knowing the new destination first—and immediately board a flight to the new place.

Following the social media success of its original movie "Sharknado," Syfy is taking to Twitter to ask fans to name the sequel. Syfy green lit "Sharknado 2" on Wednesday, less than a week after the first movie garnered as much as 5,000 Tweets per minute during its two-hour airing last Thursday. In total, "Sharknado" resulted in 387,000 online comments, according to Syfy.

Actors David Koechner (Anchorman 2) and Harland Williams (Half Baked, Dumb & Dumber) are tapping into Instagram's one-month-old video feature to craft a short, social media-exclusive buddy-cop film.Touted as the first "Instamovie," Steady and Shakes follows a composed, albeit semi-mouthy, cop (you guessed it, that's Steady, a.k.a. Koechner) and his ever-trembling beat-cop accomplice Shakes (Williams).

Ever since Oreo had its buzz-generating Super Bowl blackout moment, industry players have debated the merits of real-time Twitter marketing. With the birth of a royal baby in old London, the cookie brand was at the ready with a relevant tweet as Kate Middleton spent hours in labor. It appears to have been the brand's most successful social stunt since the Super Bowl. At press time, it garnered more than 600 retweets and over 200 favorites.

Capturing even a small slice of Asia's four billion consumers is a salivating prospect for any European soccer club and Premier League giants Liverpool see social media as the Trojan horse to unlock the region's vast commercial potential.

Kuwaiti officials worrying about how to bring down the gulf state's unemployment rate — estimated at more than 3% — may have another resource to tap besides crude oil: Instagram. The photo-sharing service is becoming popular among local entrepreneurs advertising a diverse array of products — from makeup to Manga comics.

On Wednesday, Google introduced Chromecast, a product looking at the problem another way. The relatively low-tech, $35 device is an internet-connected thumb drive that plugs into a high-definition TV to stream from the cloud and control it with a smartphone, tablet or computer.

Can Brands Recycle Their Web Ads for Instagram Video?

Instagram video has only been live for a month, but brands are finding ways to use it to distribute existing 15-second ads.

Today, Honda announced that they will respond to customer questions sent via Twitter. To mix it up, Honda decided to answer these questions through personalized 6-second Vine videos. They will be answering tweets from customers that have the hashtag #wantnewcar.

UK pop star Ellie Goulding used the social media platform Vine to create earned media buzz for her latest single, "Burn". Goulding encouraged fans to submit Vine videos of themselves dancing to the song and to use the hashtag #ellieburnvideo.

Ever in need of something to do in your city? Of course you are! Night Out, Inc. can help you with that problem with its mobile app. Night Out Inc. has come up with a new social media platform, Night Out Events, that will help nightlife event organizers.

On July 31st, The Crosby Street Hotel in New York City will be holding an event called "Do Good Better: Innovative in Impact Marketing". This event will bring together the most innovative and impressive leaders in media, technology and marketing from all around the country.

Over the weekend, Oreo debuted its newest campaign with a :90-second spot during Mad Men. Oreo is celebrating its centennial with a fresh new paid and earned media campaign revolving around the idea of how an Oreo cookie can have a positive impact on someone's day.

This week is going to be the hottest week all summer with temperatures sweltering over 95 degrees in large cities like New York and Miami. Uber, a mobile app that lets you hire a car, is taking advantage of this heat wave with a unique earned media stunt.

The famous Comic Con Festival is kicking off on Thursday in San Diego, and is trying to mix things up with an earned media stunt. The directors of the famous geek festival created a scavenger hunt that includes the use of Instagram Videos and Twitter.

Last week, the classic American treat, Twinkies, was returned to shelves after Hostess filed bankruptcy last year. To the excitement of young children everywhere (okay, and us too), two private equity firms bought out the company and planned to return these treats to stores.

The Internet Association, an internet lobbying firm that works with sites like Google and Facebook, recently launched a new website. This website is definitely going to help gain earned media because it allows users to comment on proposed bills regarding anything internet-related.

Happy Fuel LLC, better known as Fuel, is a mobile app that lets you store and share the things that fuel your happiness. Whether it's a photo, song, spot, video, sound or thought that makes you happy, you can store it in this mobile app.

Foursquare announced that it has opened its advertisements up to smaller businesses to create earned media buzz for local business. In the past, Foursquare only allowed huge chains like KFC or Taco Bell to advertise on their feeds.

Recent studies show that Facebook is not backing down when it comes to dominating the mobile social atmosphere. While most other companies are struggling to figure out just how to cross over to mobile, Facebook is thriving.

Range Rover is using YouTube as a platform to create much needed earned media. The luxury car company has released a branded content film that focuses on recreating its brand image. Range Rover is using this film to present itself as more of a rugged, outdoors SUV.