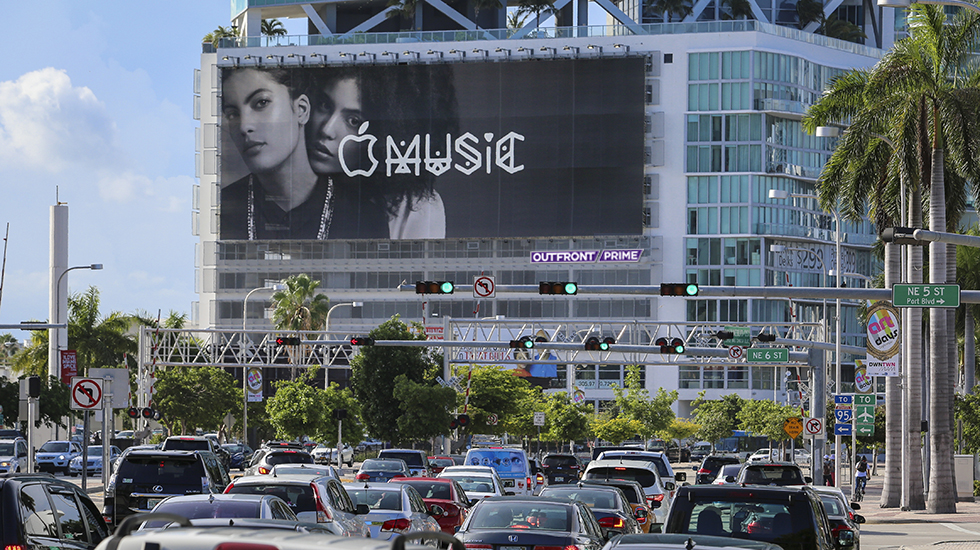 Among the various types of out-of-home (OOH) advertising channels, billboards have a storied and long-standing history of carrying distinctive messaging visuals on behalf of brands and organizations big and small.  However, an application that extends beyond advertising may be in the offing for this iconic platform, with significant revenue potential for OOH media companies.

The typical locations of billboards and other OOH advertising structures include major thoroughfares, city centers and other high-traffic areas -- all of which coincide with locations in which wireless communications companies are eager to boost signals for their customers.  With the advent of "small cell" technology (radio access nodes so named due to their small size relative to the larger macrocells commonly attached to cell towers), wireless communications companies are able to boost connectivity in areas where signals have traditionally been weak.  Wireless companies need space to host this technology; billboards and transit shelters offer a perfect host for enhancing cellular reception.  For OOH companies, leasing space for small-cell technology on these assets could represent a significant cost-minimal revenue stream.

Historically, cellular companies have exhibited reluctance toward using billboards as hosts due to issues like structural capacity and a lack of interest from OOH companies in offering the space.  As wireless technology has matured, however, small cell nodes are now compact enough to fit on traditional billboard sites -- and as a result, OOH companies have begun to more thoroughly consider the option.

Major OOH operators, including Outfront Media, Clear Channel Outdoor and JCDecaux, have all signed deals in recent years with wireless infrastructure companies to manage these attachment opportunities.  Outfront Media signed an agreement with Diamond Communications in July 2015 to market the company's leased and owned assets and assist in leasing billboards and other assets to wireless carriers.  Clear Channel Outdoor teamed with Vertical Bridge Holdings in September 2015, giving Vertical Bridge exclusive rights to antenna and small cell deployment across CCO America's footprint.  JCDecaux has been exploring the opportunity in a big way, with a number of wireless contracts signed globally.  In 2014, it signed a 15-year contract with Verifone to deploy small cells on its street furniture assets across 12 countries in Europe -- an agreement that came on the heels of a successful pilot project conducted in Amsterdam where over 160 small cells were installed on the operator's bus shelters. In January 2016, the company signed a multi-year agreement with Verizon Wireless to deploy Verizon's 4G LTE small cells across its street furniture assets in the USA.  And just this month, it signed a 10-year agreement with Vivo to deploy small cells on its street furniture assets in Brazil.  Additional contracts spanning from Italy to Spain to Panama have also been inked.

Users that connect to small cell wireless networks may be exposing their identity and location to the telcos that control small cell technology. Because of the narrower range of small cell technology, location data from the use of a cell can place a user in a very precise location.  Although some consumers may welcome this as an acceptable trade-off to receiving improved connectivity in a place previously bereft of it, it may bother others unwilling or unprepared to forgo privacy for better service.  For telecom carrier companies, the data is invaluable; companies could begin monetizing it to subsidize the buildout of the technology and rents paid to OOH companies.  It is worth noting that if collected, such data would likely be aggregated and anonymized.  For this reason, we do not see concern over potential infringement on individual user privacy as a stumbling block to widespread implementation of small cell technology.

While the opportunity for OOH media operators to provide billboard structure space shows promise, the process of leasing space is still in its early stages.  In an August 2016 earnings call, Outfront Media CFO Donald Shassian noted, "It's fair to say, right now, that the income that's hitting our revenue numbers is somewhat de minimis."  He went on to report that the company was working with multiple tenants on master license agreements with wireless carriers and cable tenants.

Outfront CEO Jeremy Male echoed this statement at a Goldman Sachs event in September 2016.  "Right now the dollars are relatively small and the interest is relatively high," he said.  However, he did allude to future profitability.  "We think this is a 50% EBITDA business," Male told attendees.

As smart phone proliferation continues domestically and abroad, and wireless connectivity becomes even more integral to daily life, we expect that wireless companies will look increasingly to leasing space on billboards in order to meet consumer demands for enhanced cell service.

This article was originally published at MediaVillage - July 12, 2017.