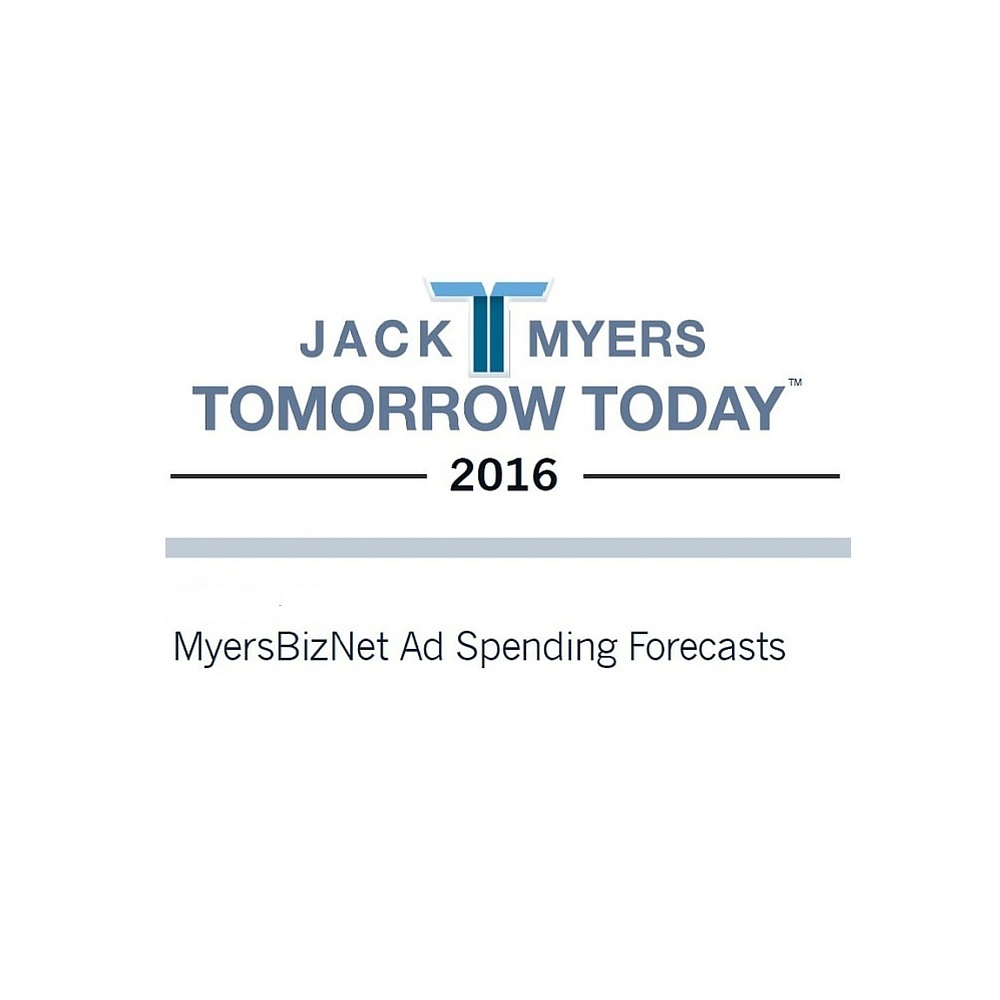 Total 2015 digital advertising spending, excluding search and social marketing, increased 26% to $45.2 billion. Digital ad spend is projected to increase another 29% to $58.3 billion in 2016 and an average 21% annually to $113 billion in 2020, according to new data from MyersBizNet. Forecasts projecting that digital advertising spending will exceed spending on legacy media are grossly exaggerated.

Legacy (traditional) advertising investments totaled $127.5 billion in 2015, are projected to increase 1.5% in 2016 and decline annually only 1.1% to a projected $124.7 billion in 2020. (Click here to download our 2020 forecast and click here for our new Legacy/Digital Pure Play Comparative Data.)

The disparity between our data and data published by eMarketer and others is not because our projected digital investments will be less than expected, but because a significant share of digital spending –  $35 billion in 2015 and a projected $57 billion in 2020 – is invested in search and social marketing. These budgets are primarily generated from consumer and trade promotion budgets known as below-the-line and shopper marketing. While these investments are advancing the growth and success of Google and Facebook, along with a handful of other search and social-focused pure play digital media companies, it's neither fair nor accurate to build these investments into historical and future-looking econometric models for ad spending. So we don't.

Ad spending data released by MyersBizNet focuses exclusively on both digital and legacy above-the-line advertising investments by marketers. Below-the-line categories such as social marketing, search, direct marketing, event and experiential, public relations, trade and consumer promotion are being released separately later this month. MyersBizNet has been separately reporting above and below-the-line data and forecasts since 2000.